Humor has been the balm of my life, but it's been reserved for those close to me, not part of the public Lana.

Lana Turner
I expected to have one husband and seven babies. Instead I had seven husbands and one living baby.

Lana Turner
The thing about happiness is that it doesn't help you to grow; only unhappiness does that. So I'm grateful that my bed of roses was made up equally of blossoms and thorns. I've had a privileged, creative, exciting life, and I think that the parts that were less joyous were preparing me, testing me, strengthening me.

Lana Turner
It's said in Hollywood that you should always forgive your enemies - because you never know when you'll have to work with them. 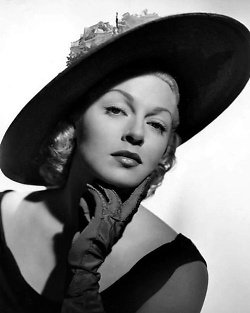 Creative Commons
Born: February 8, 1921
Died: June 29, 1995 (aged 74)
Bio: Lana Turner was an American film and television actress. She was discovered in 1937 by William R. Wilkerson, founder of The Hollywood Reporter, as she sipped a Coke at the counter of the Top Hat Cafe, on a corner of Sunset Boulevard in Los Angeles.
Known for: