In his introduction to the recently published 'Dada Almanach' [1920], Huelsenbeck writes: 'Dada is making a kind of propaganda against culture'. Thus Huelsendadaismus is politically oriented, against art and against culture. I am tolerant and allow everyone his own view of the world, but am compelled to state that such an outlook is alien to Merz. Merz aims, as a matter of principle, only at art, because no man can serve two masters.... Merz energetically and as a matter of principle rejects Herr Richard Huelsenbeck's inconsequential and dilettantish views on art. 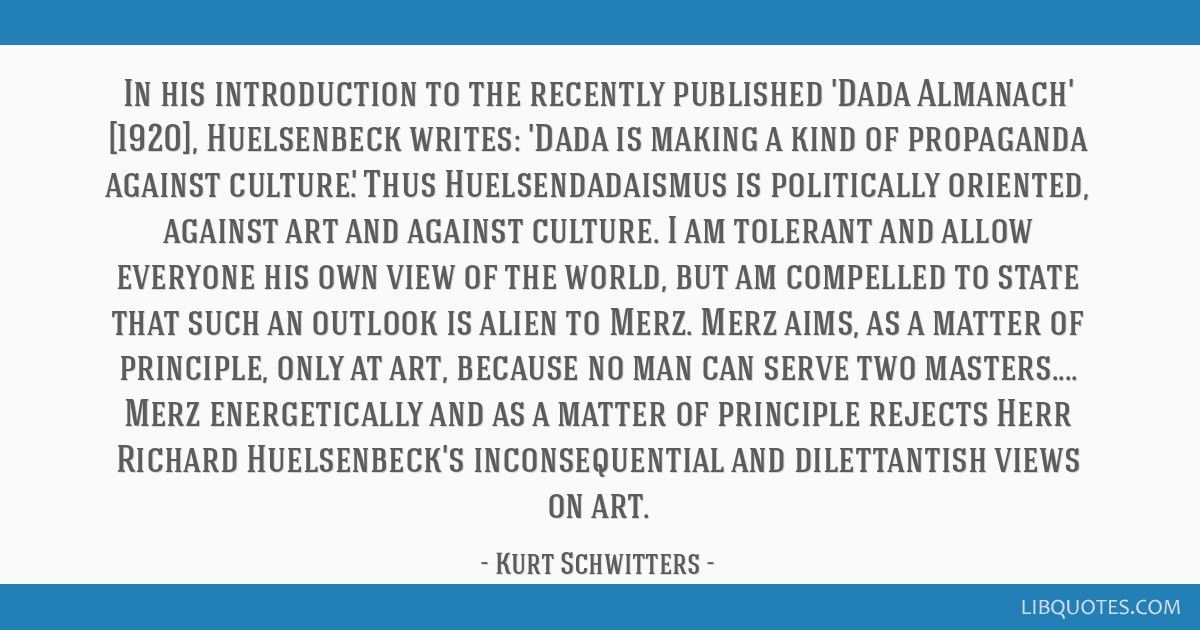 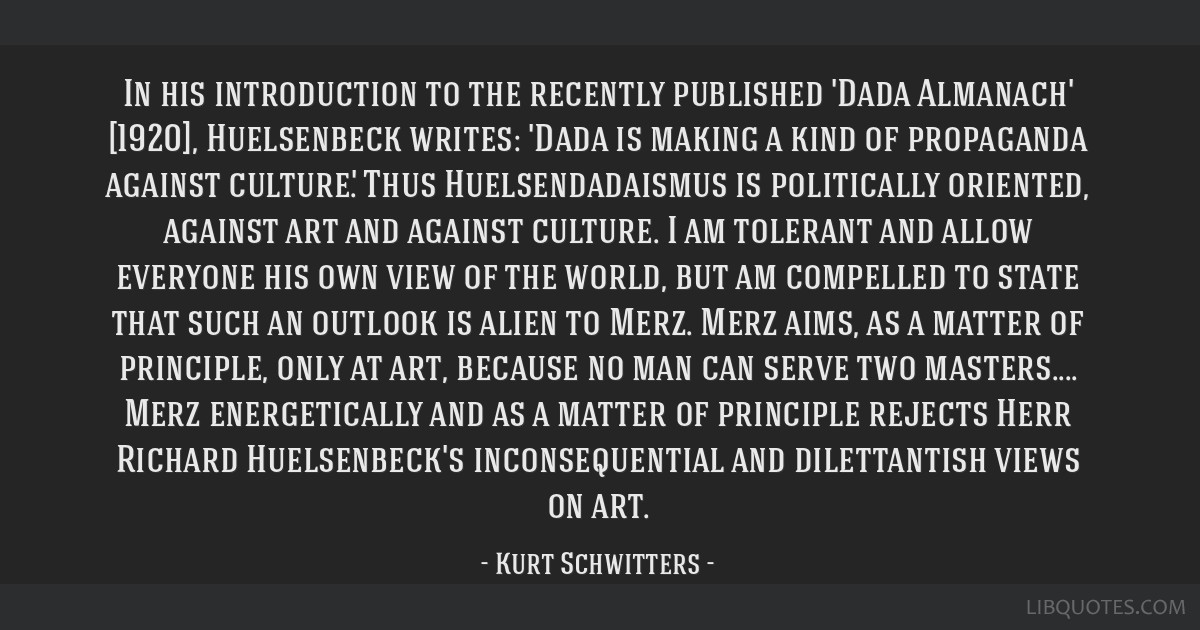 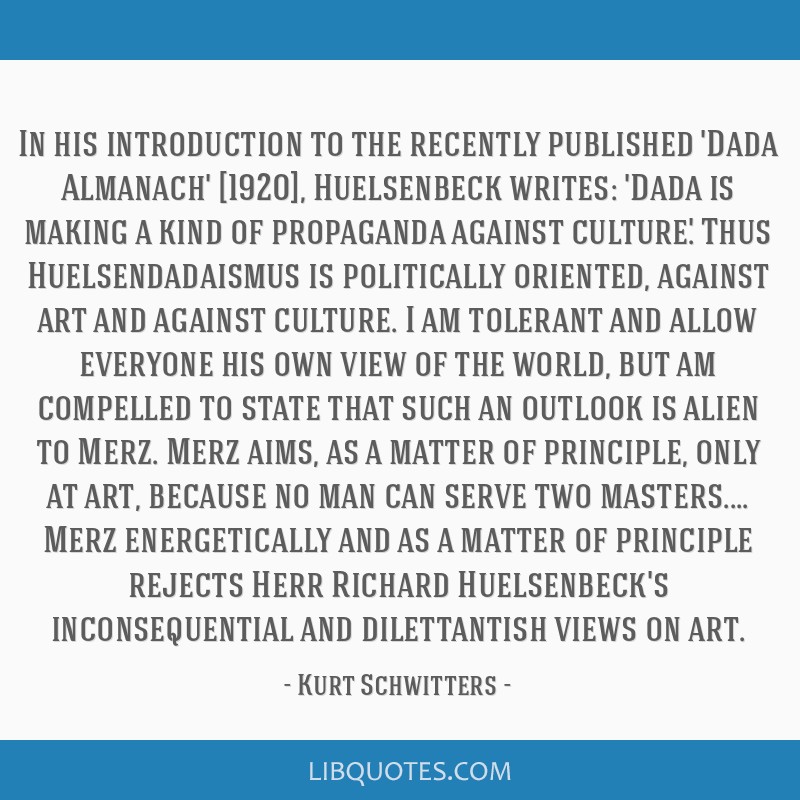 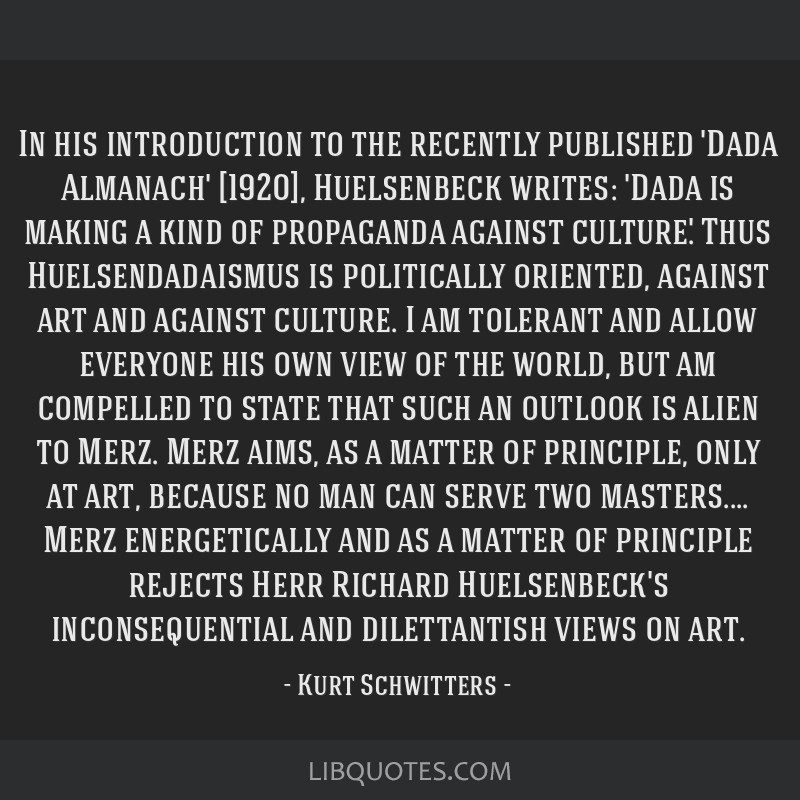 There is a certain justice in criticism. The critic is like a midwife — a tyrannical midwife.
Stephen Spender 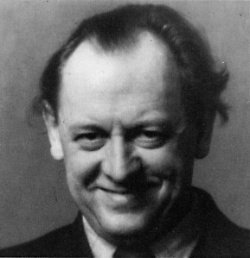