A group of women who valued motherhood, but valued it on their own timetable, began to make a new claim, one that had never surfaced in the abortion debate before this, that abortion was a woman's right. Most significantly, they argued that this right to abortion was essential to their right to equality -- the right to be treated as individuals rather than as potential mothers. 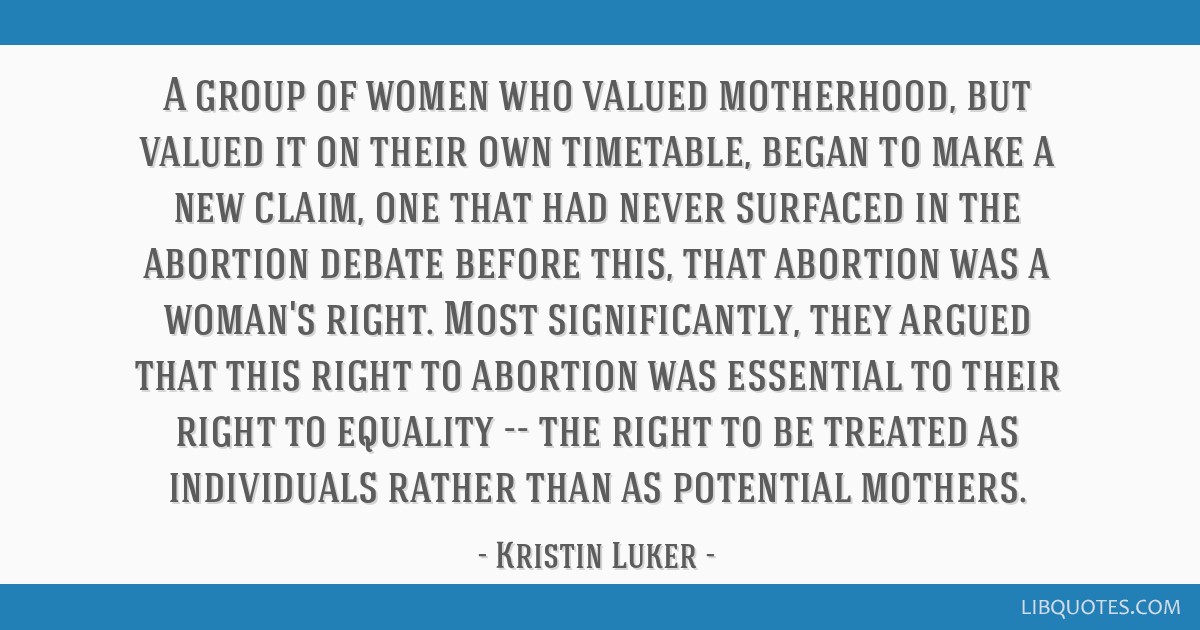 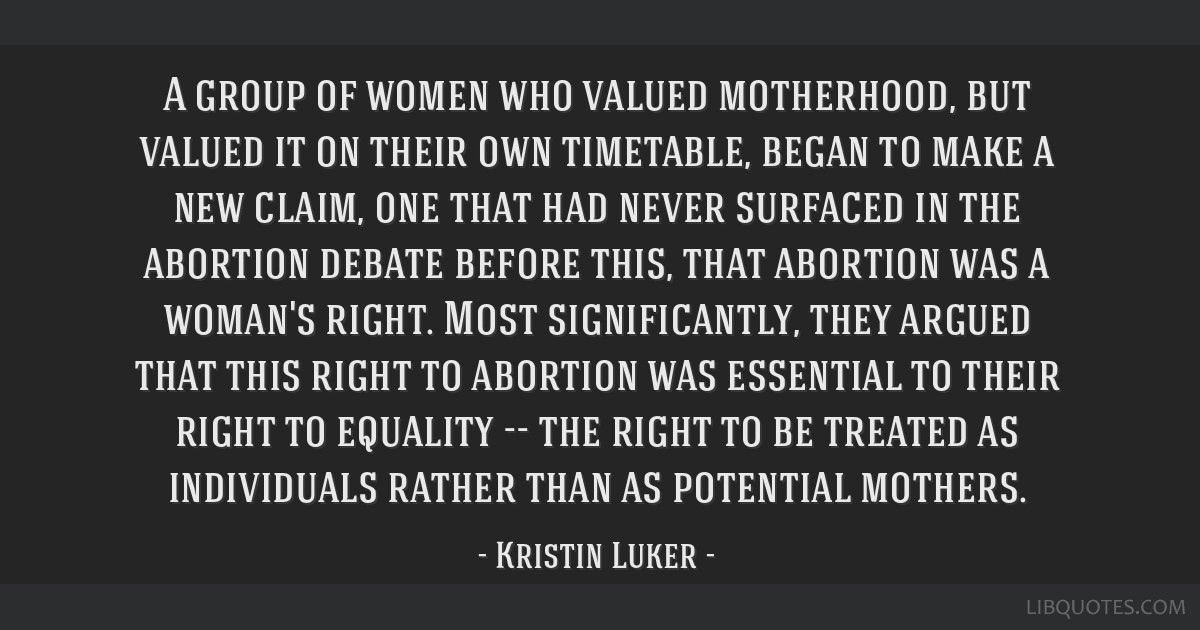 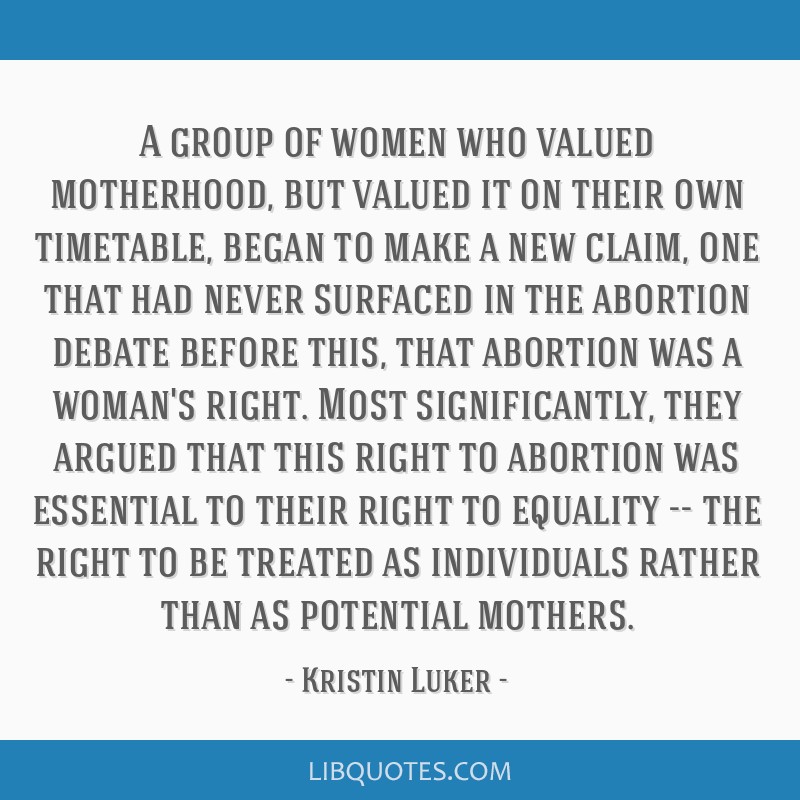 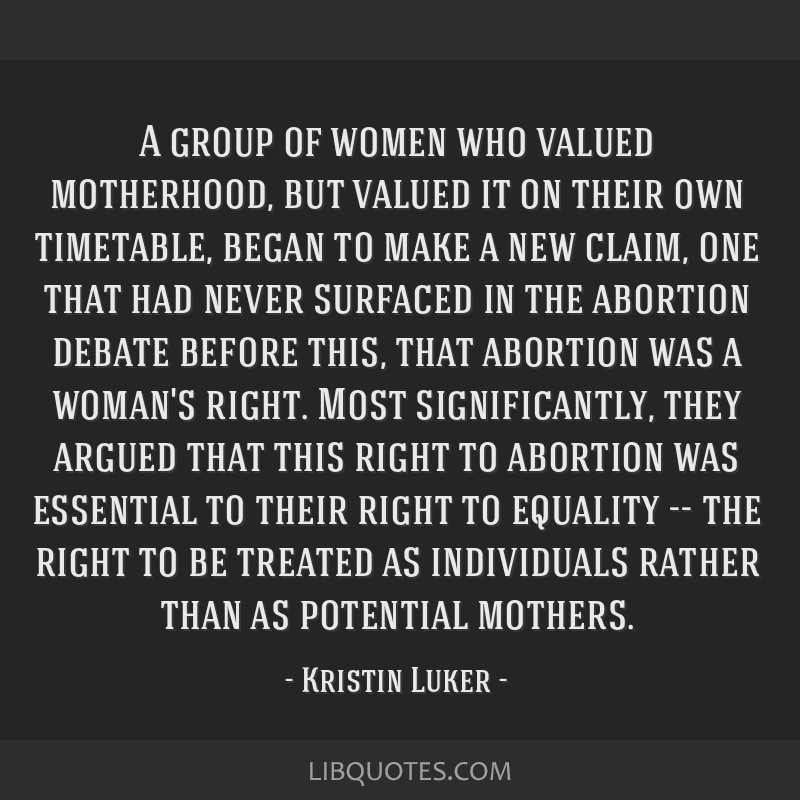