Hindutva is a fairly crude ideology, borrowing heavily from European nationalisms with their emphasis on homogeneity. Under the conditions of British colonialism, it was inevitable that some such form of Hindu nationalism would arise, but I believe better alternatives have seen the light, more attuned to the genius of Hindu civilization. 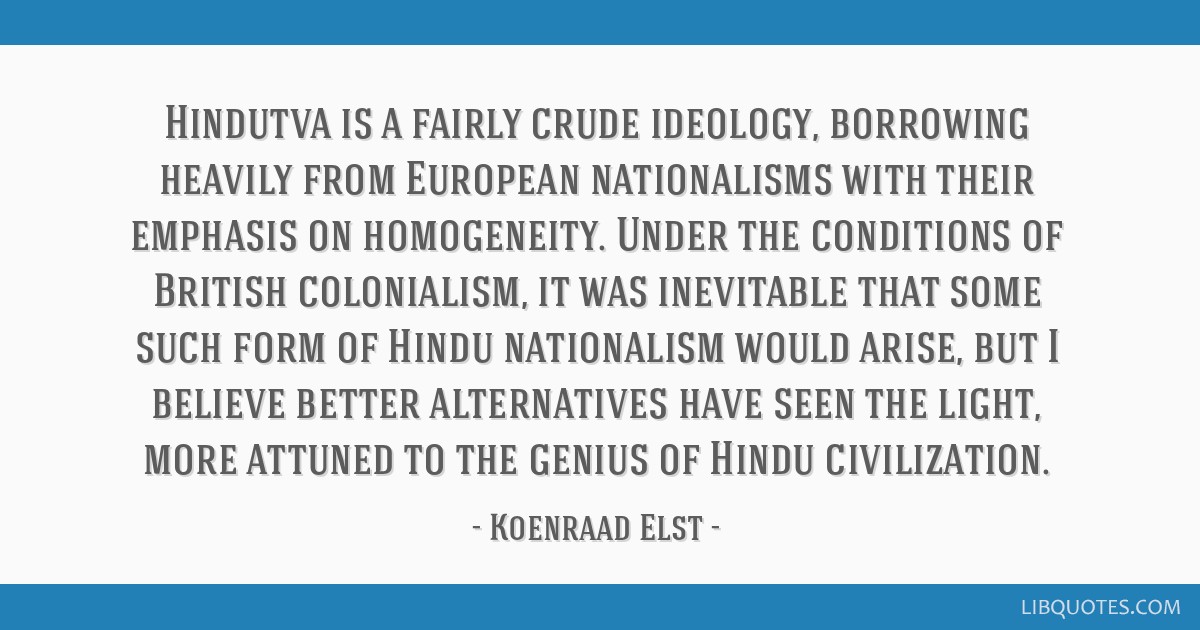 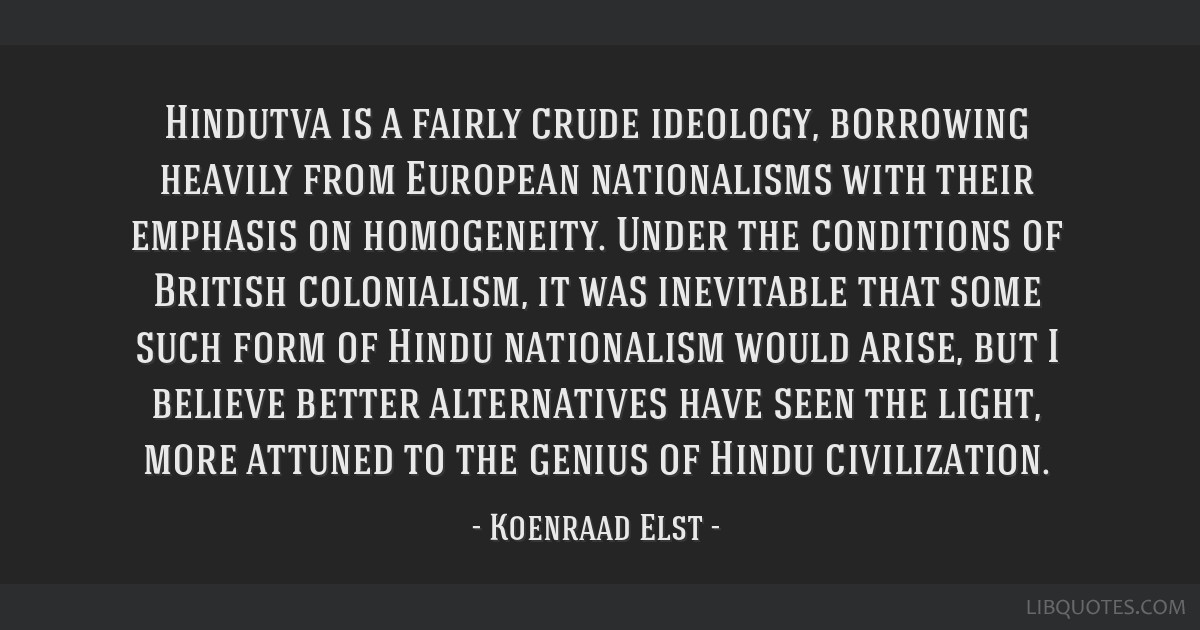 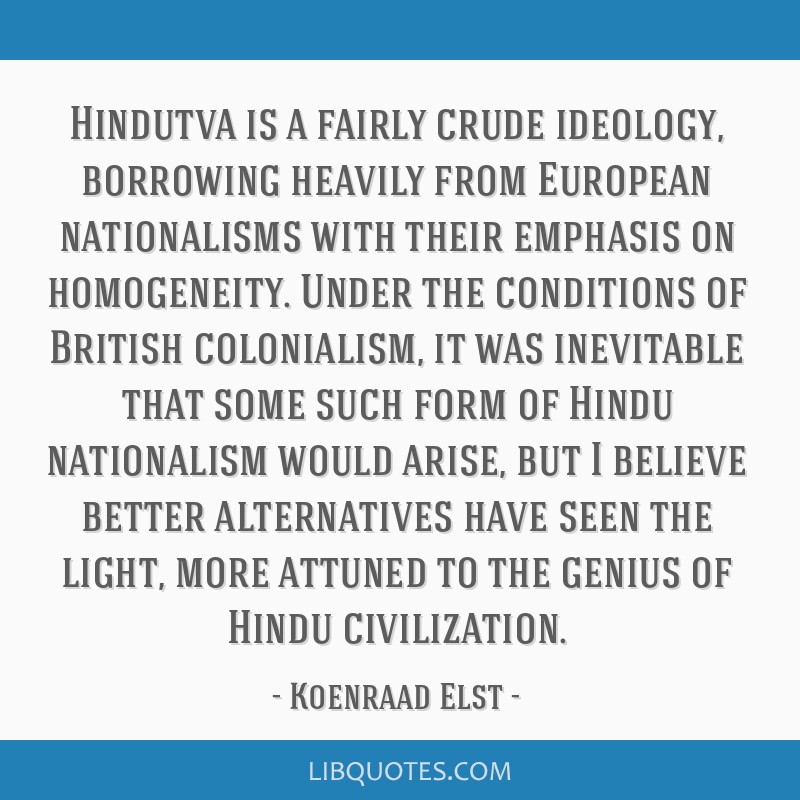 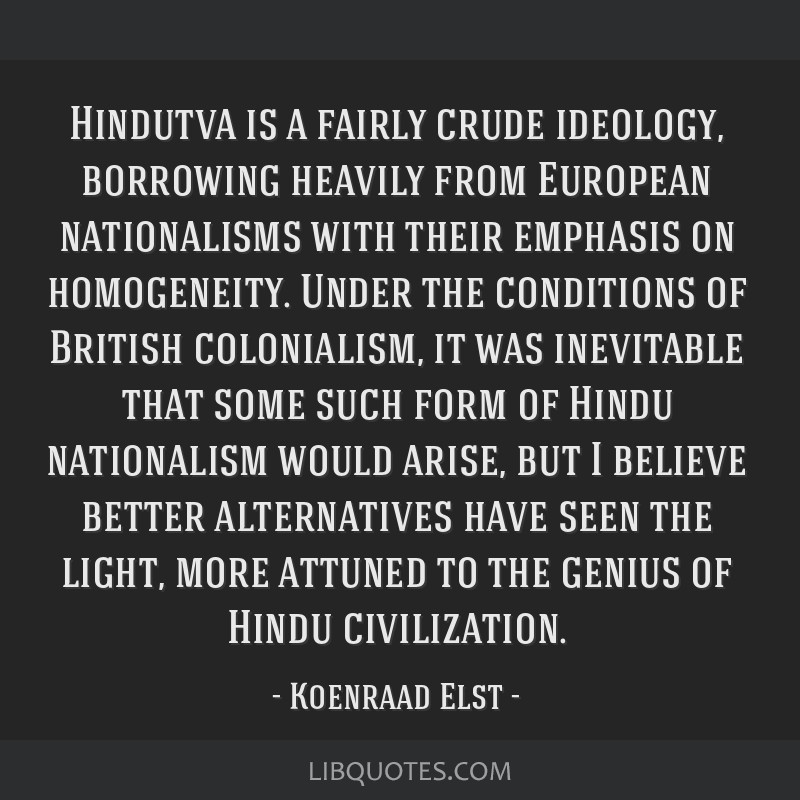