I have also never participated in any of the meetings of the various embryonic attempts at creating a "Pagan international", whether the Pagan Federation, the World Council of Ethnic Religions or the World Council of the Elders of the Ancient Traditions and Cultures. But I wish them all the best, for they consist mostly of nice people and I can easily see through the attempts by so-called secularists to blacken them and to deny to them the right of international networking which is deemed only natural in the case of Christians or Muslims.

Hinduism, Environmentalism and the Nazi Bogey -- A preliminary reply to Ms. Meera Nanda, In: Return of the Swastika: Hate and Hysteria versus Hindu Sanity (2007), chapter 3. 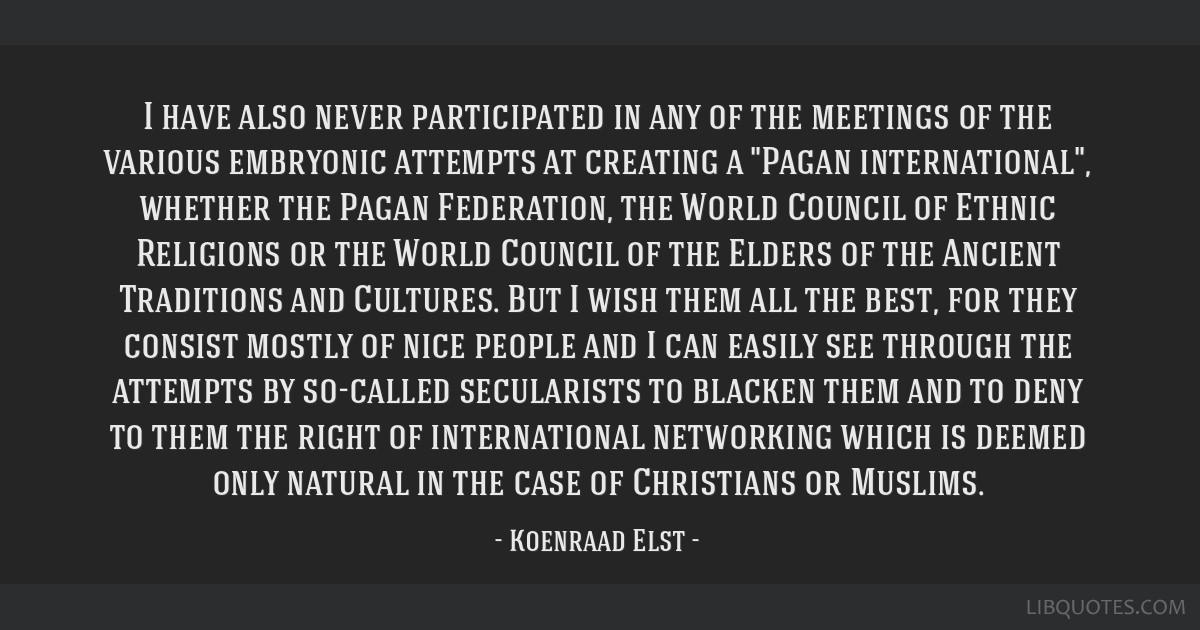 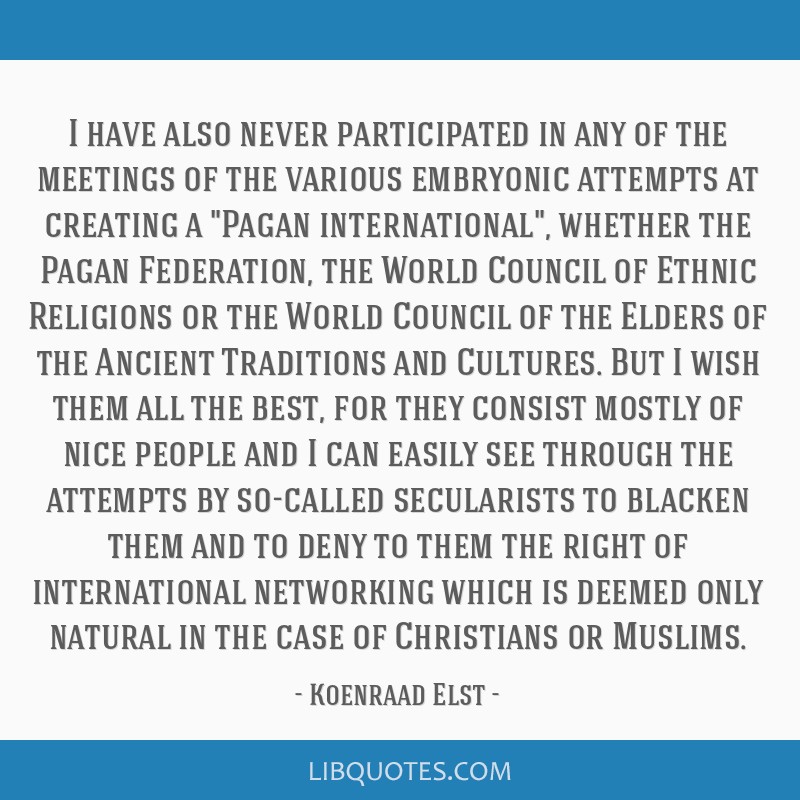