After refreshment St. George made a speech, in which he informed his audience that he had removed their direful scourge, at a great deal of trouble and inconvenience to himself, and now they weren't to go about grumbling and fancying they'd got grievances, because they hadn't. And they shouldn't be so fond of fights, because next time they might have to do the fighting themselves, which would not be the same thing at all. 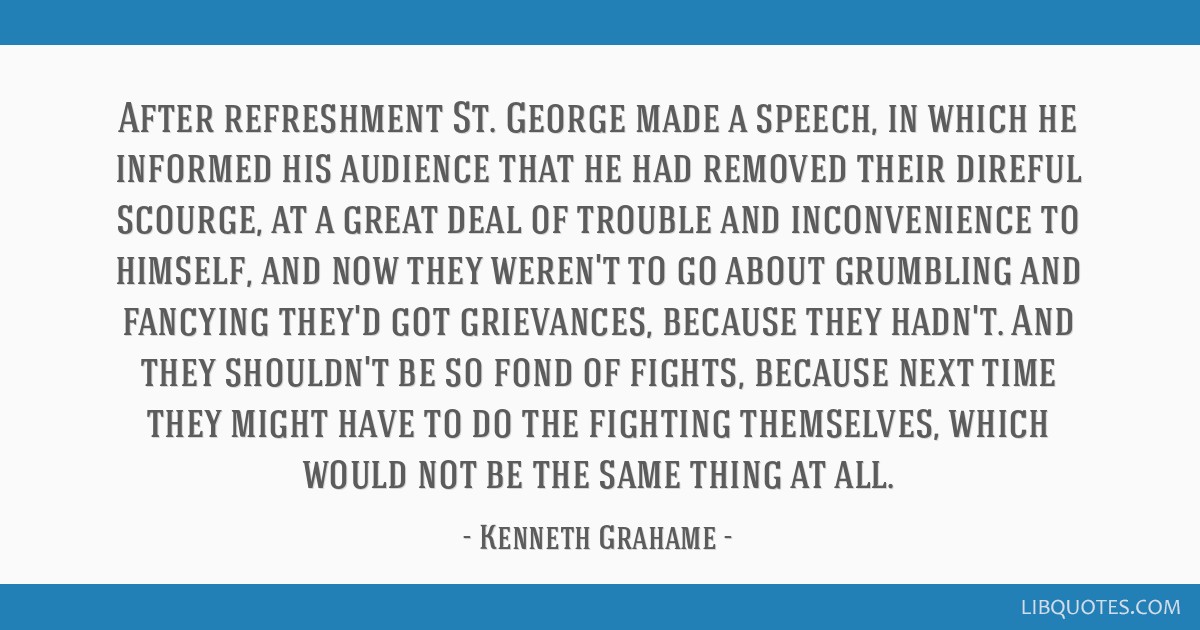 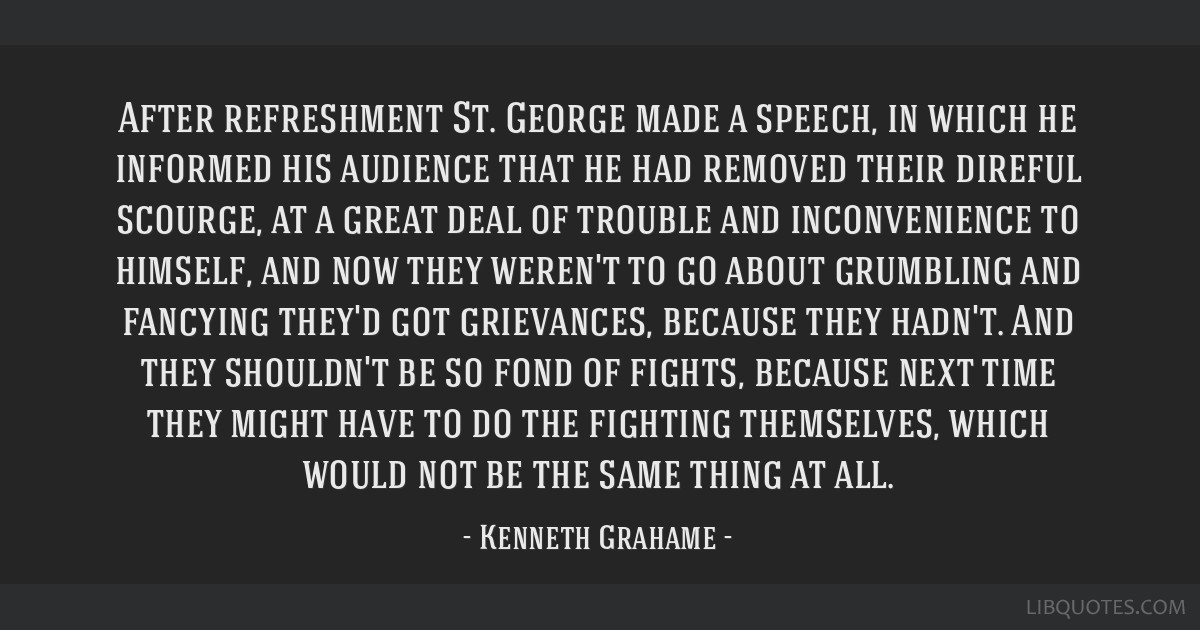 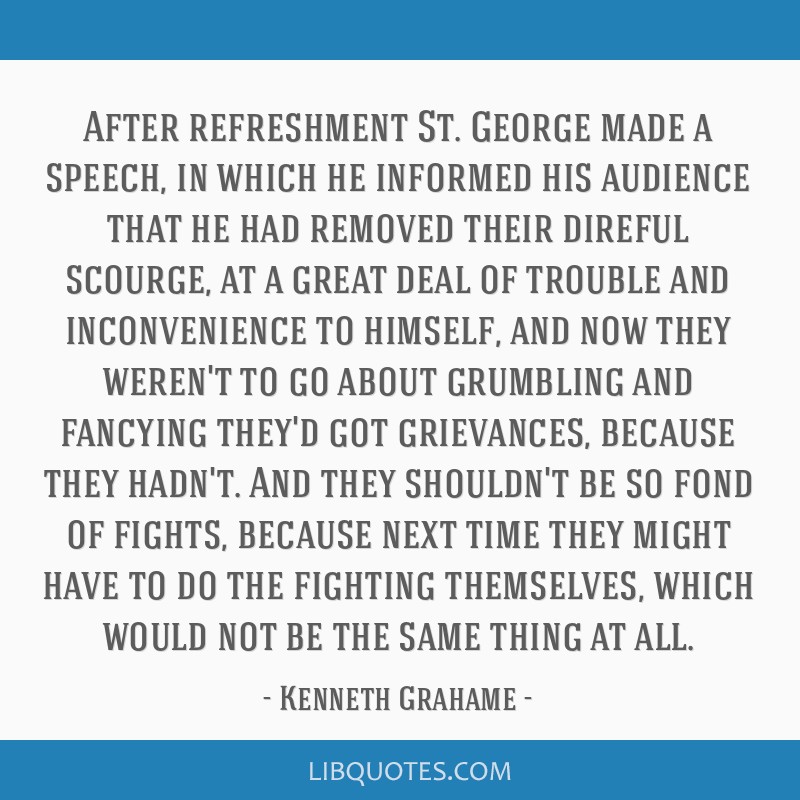 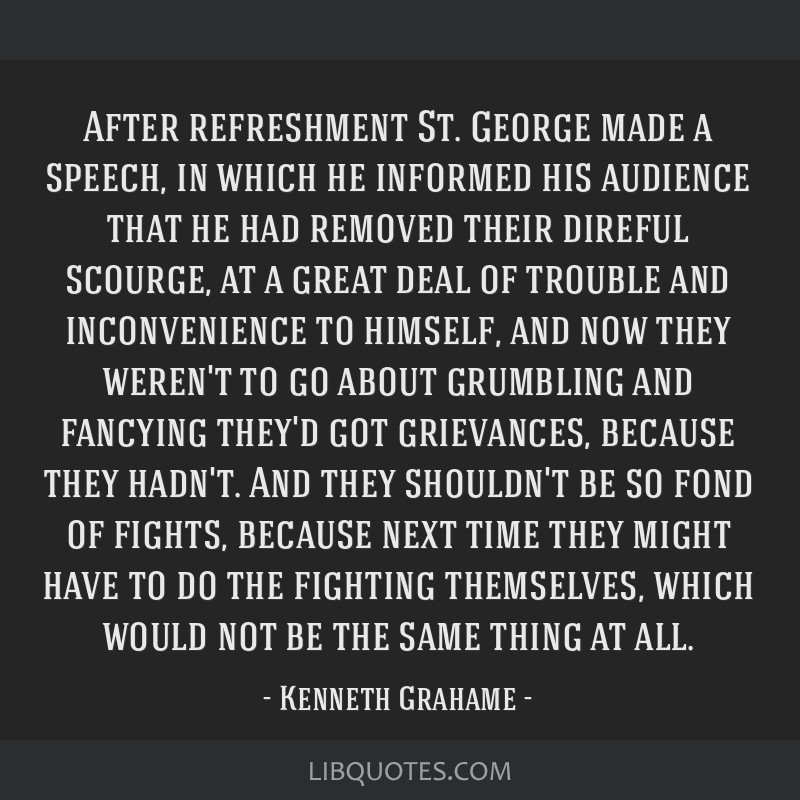 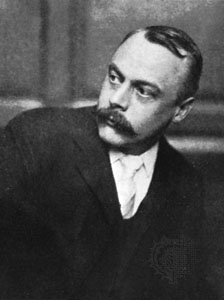