Reports show that the combined Gross Domestic Product of forty-eight countries is less than the wealth of the three richest people in the world. Fifteen billionaires have assets greater than the total national income of Africa, south of the Sahara. Thirty-two people own more than the annual income of everyone who lives in South Asia. Eighty-four rich people have holdings greater than the GDP of China, a nation with 1.2 billion citizens. 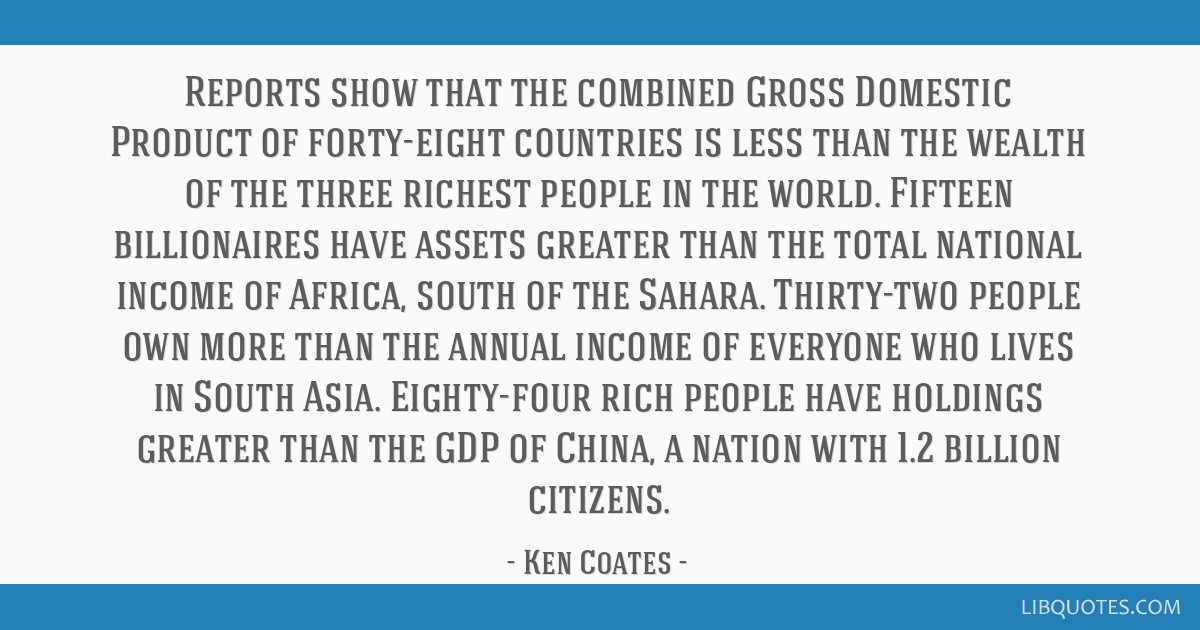 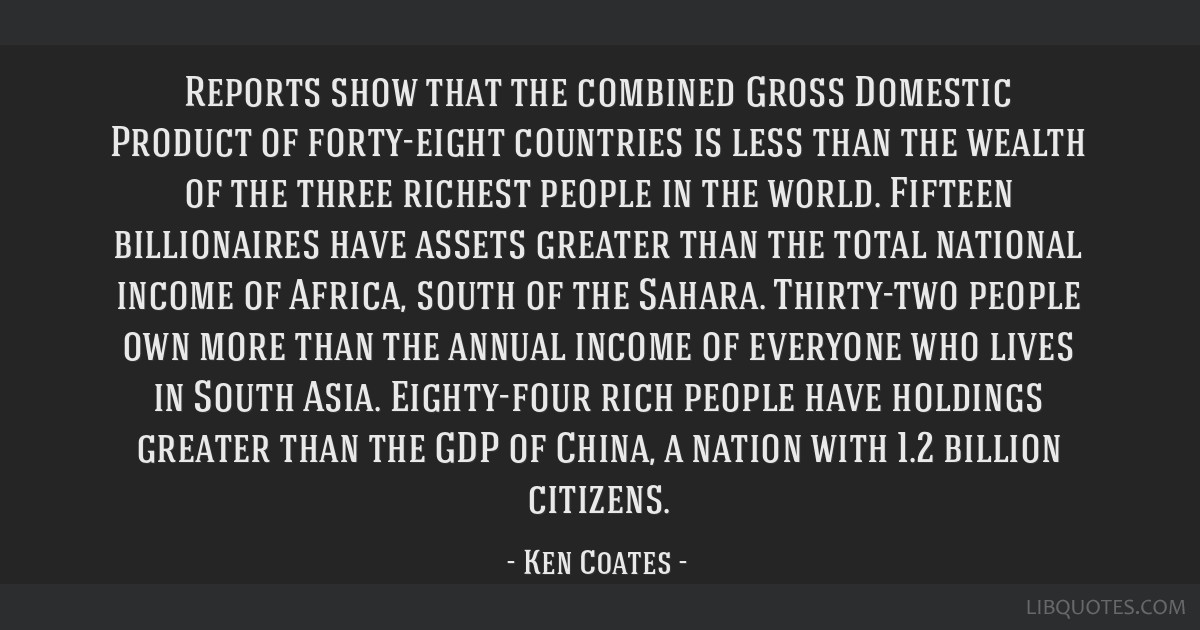 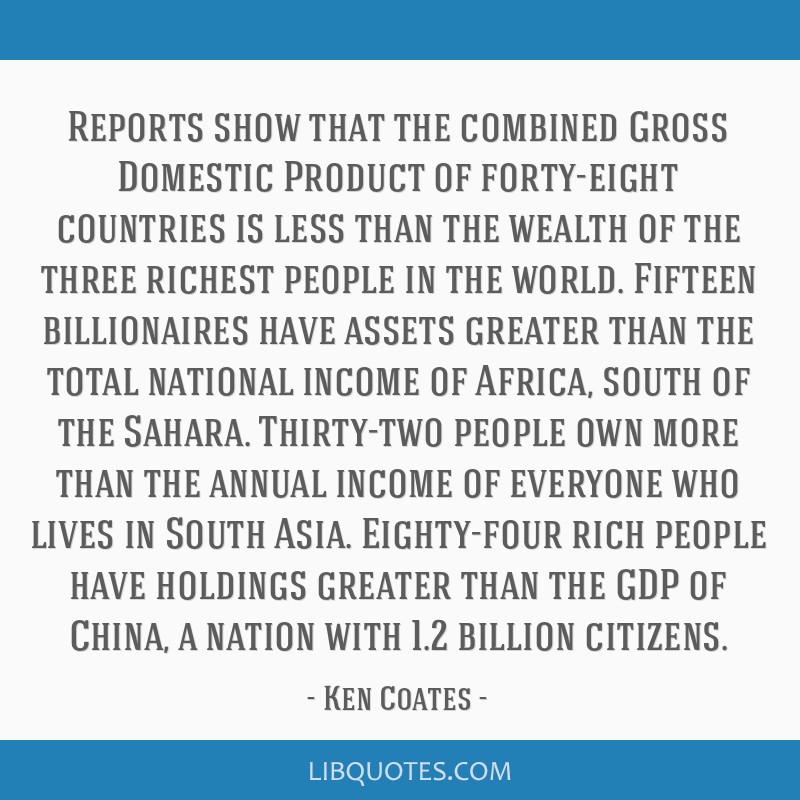 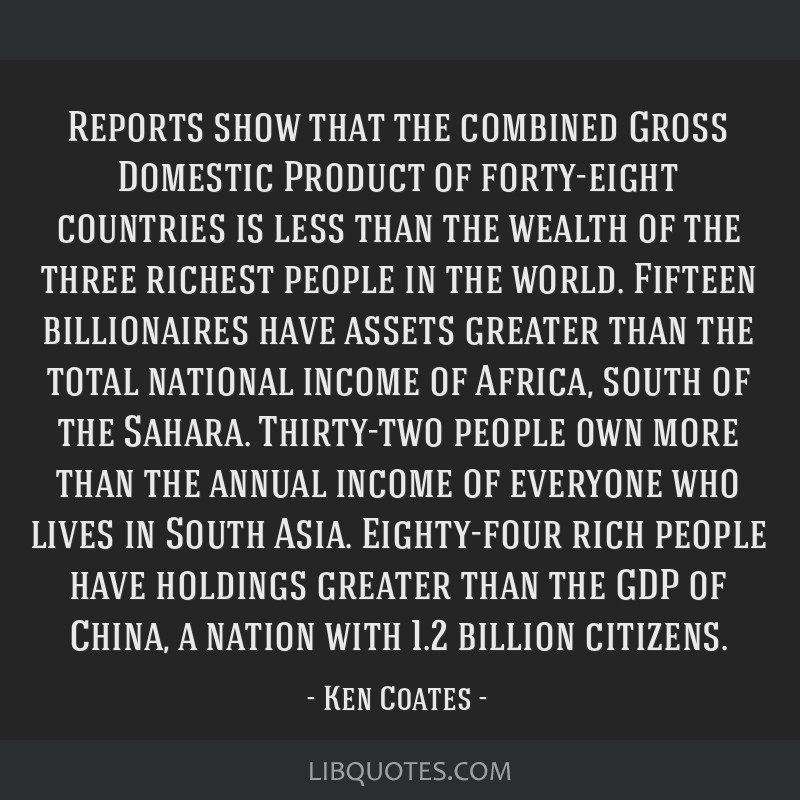