Josephine had had a moment of absolute terror at the cemetery, while the coffin was lowered, to think that she and Constantia had done this thing without asking his permission. What would father say when he found out? For he was bound to find out sooner or later. He always did. 'Buried. You two girls had me buried!' 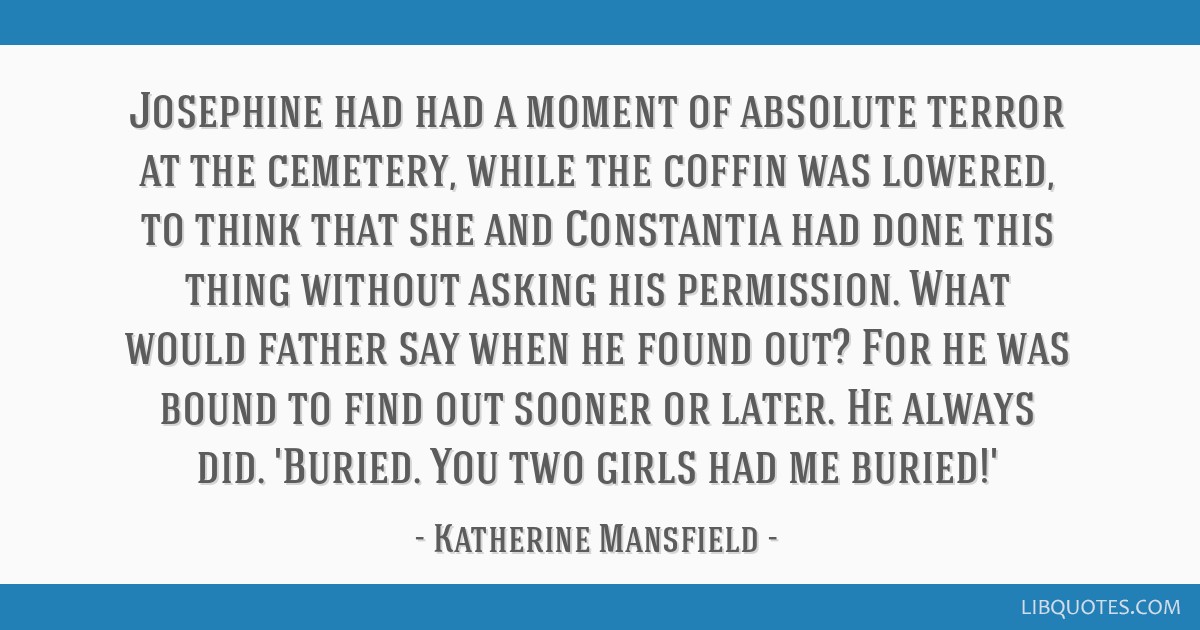 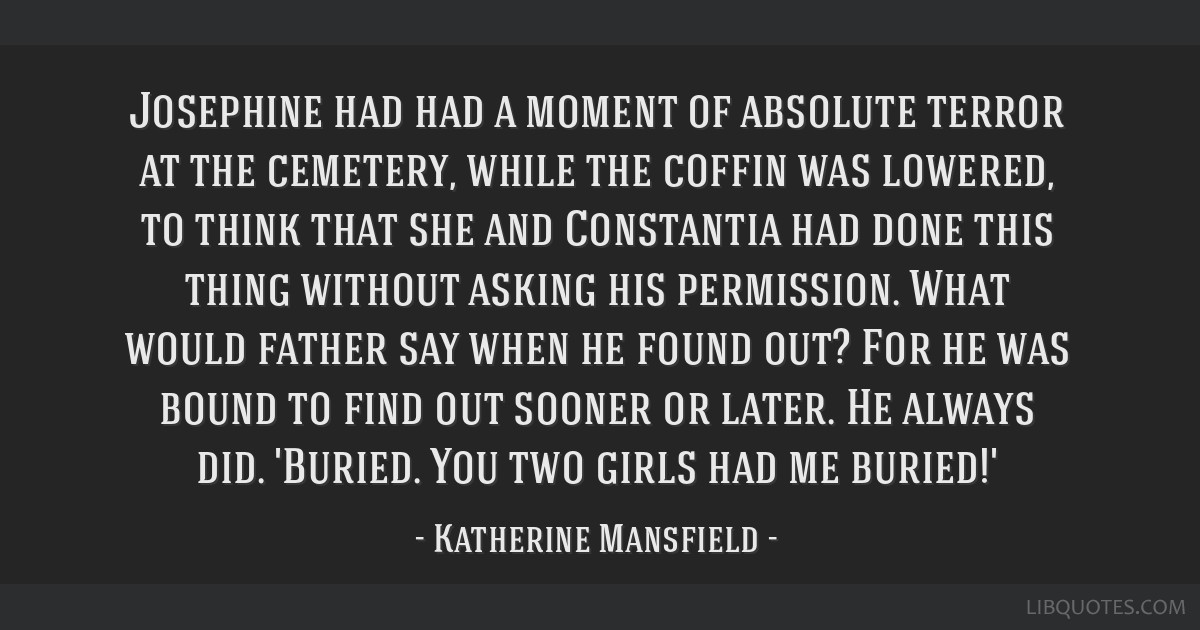 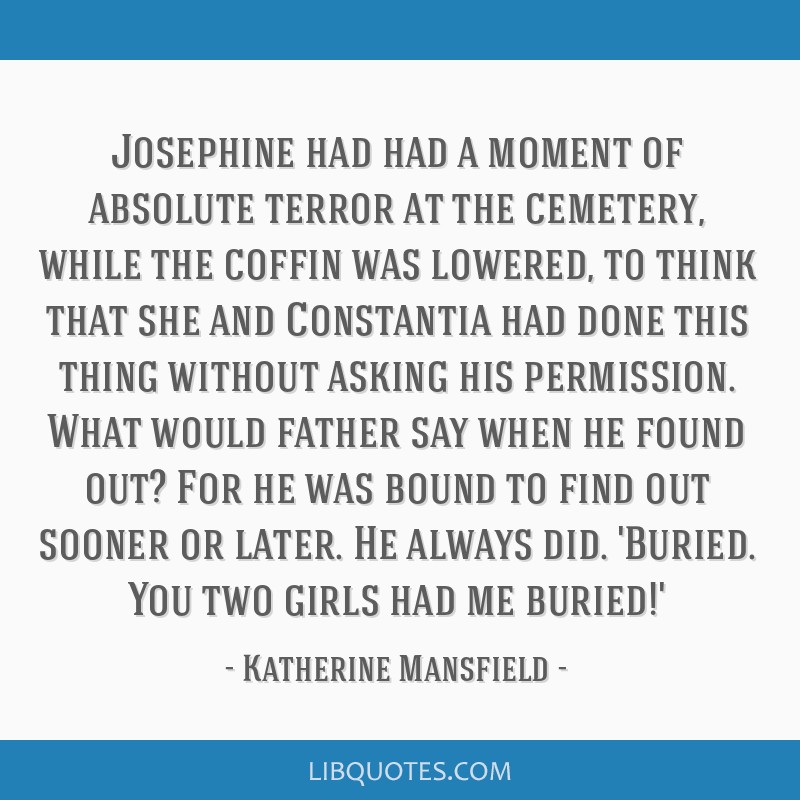 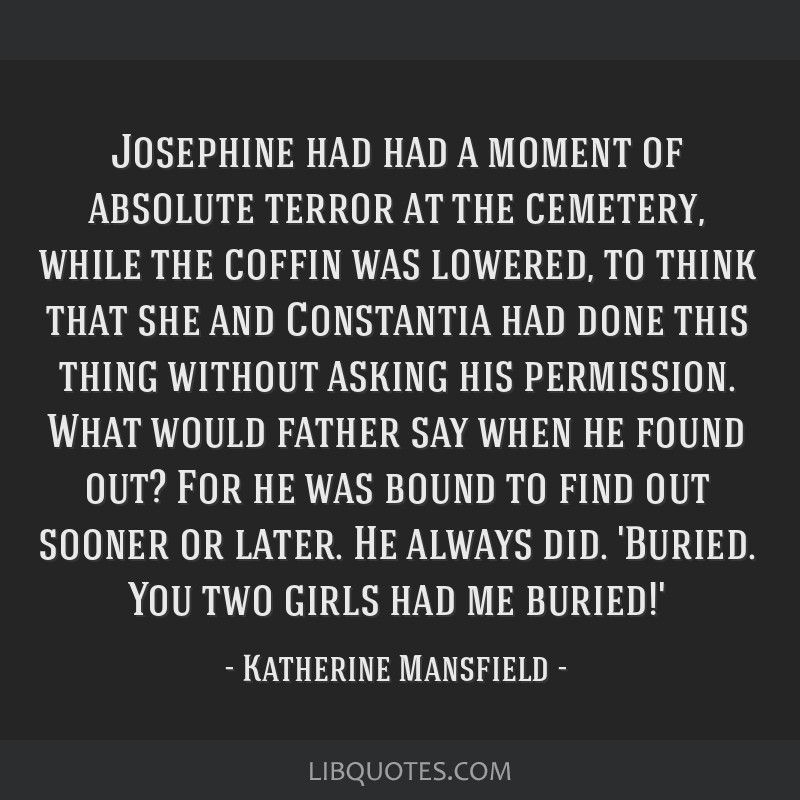 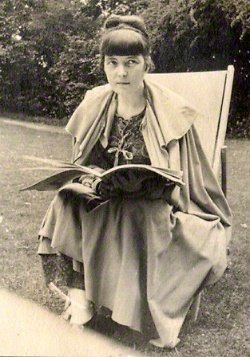