The true nature of the international system under which we were living was not realized until it failed. Hardly anyone understood the political function of the international monetary system; the awful suddenness of the transformation thus took the world completely by surprise. And yet the gold standard was the only remaining pillar of the traditional world economy; when it broke, the effect was bound to be instantaneous. To liberal economists the gold standard was a purely economic institution; they refused even to consider it as a part of a social mechanism. 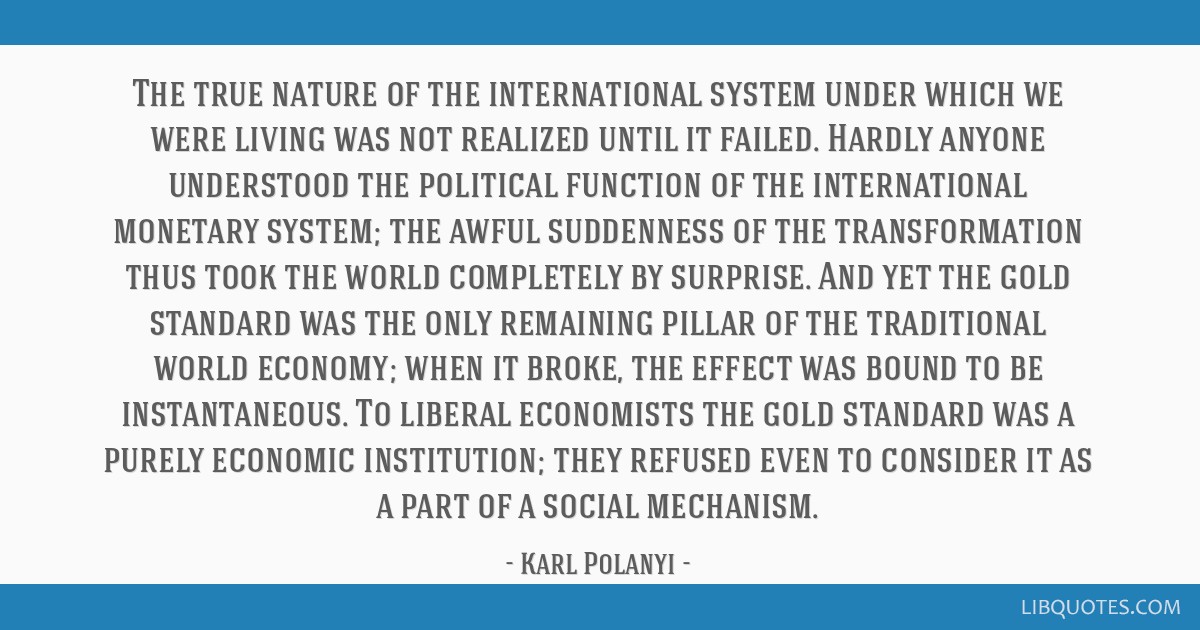 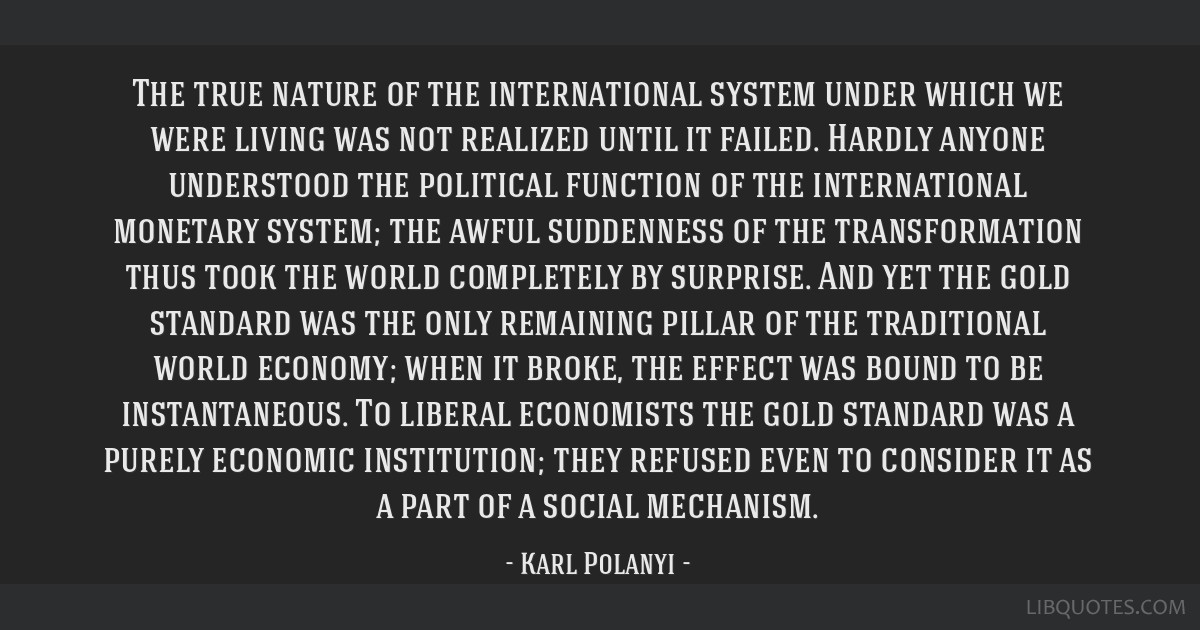 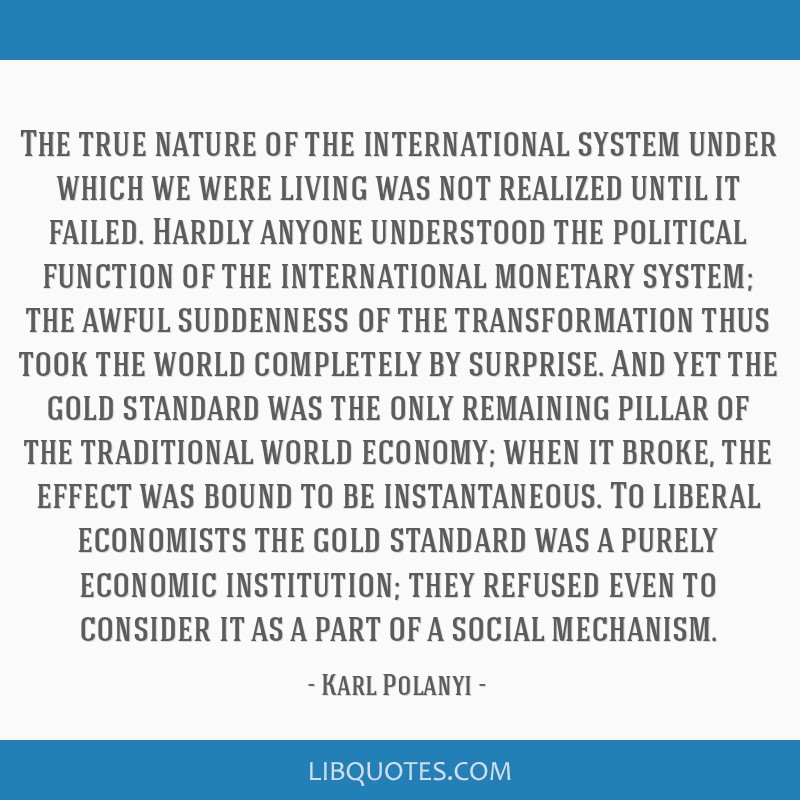 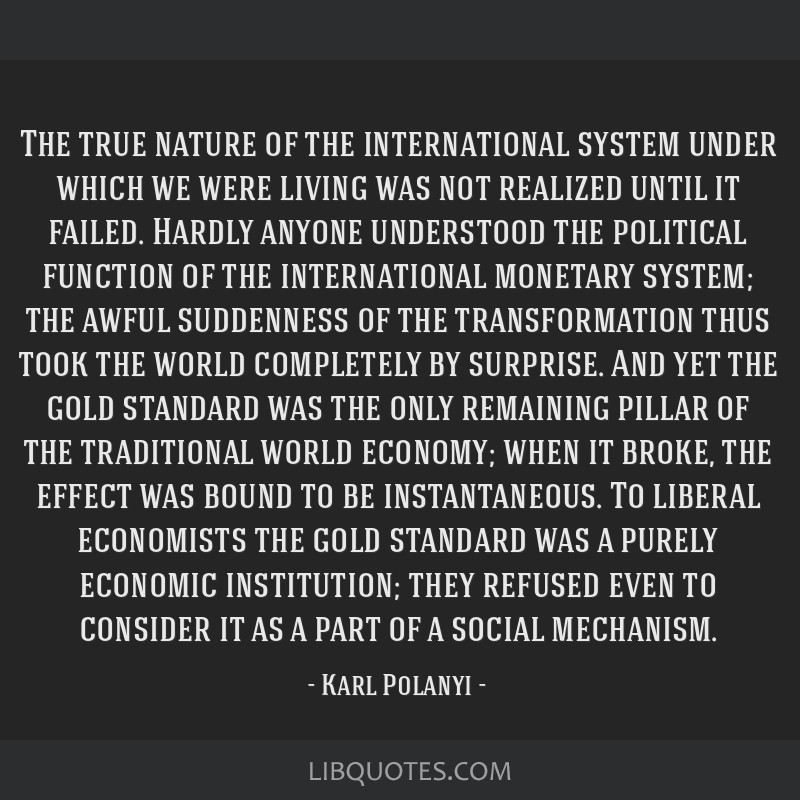