Nineteenth-century civilization rested on four institutions. The first was the balance-of-power system which for a century prevented the occurrence of any long and devastating war between the Great Powers. The second was the international gold standard which symbolized a unique organization of world economy. The third was the self-regulating market which produced an unheard-of material welfare. The fourth was the liberal state. Classified in one way, two of these institutions were economic, two political. Classified in another way, two of them were national, two international. Between them they determined the characteristic outlines of the history of our civilization. 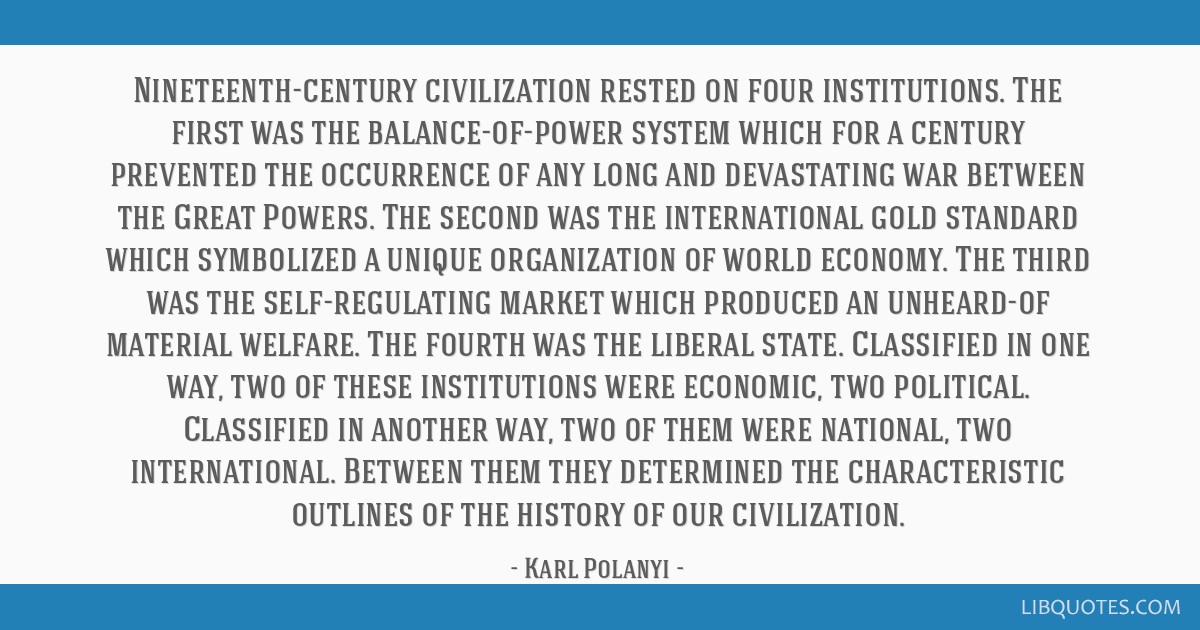 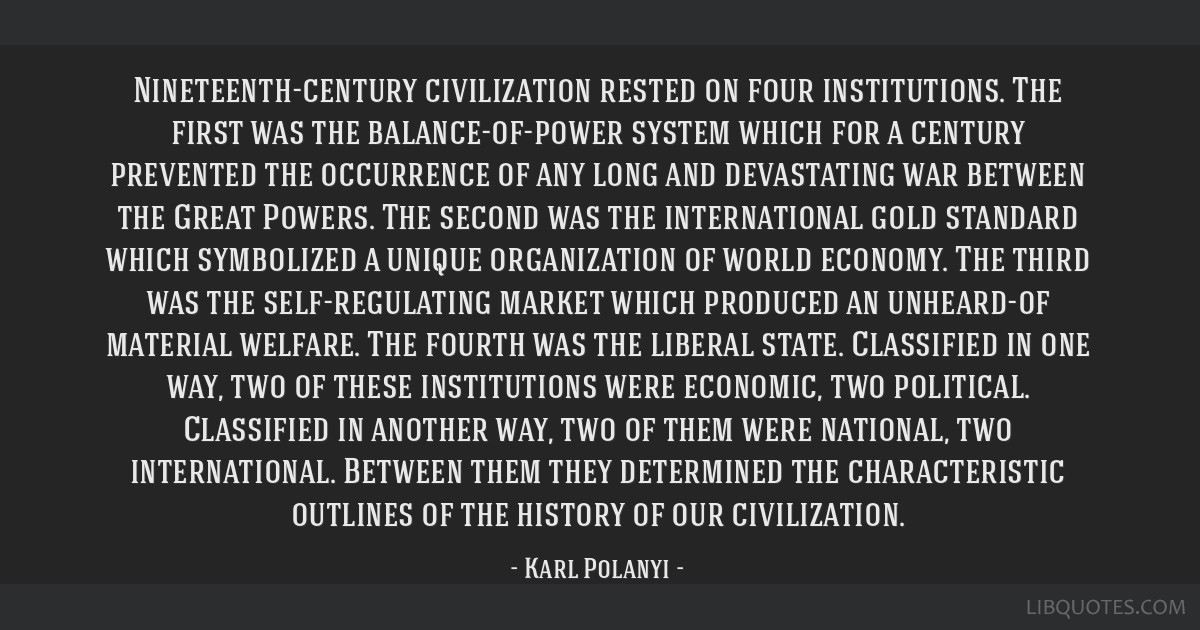 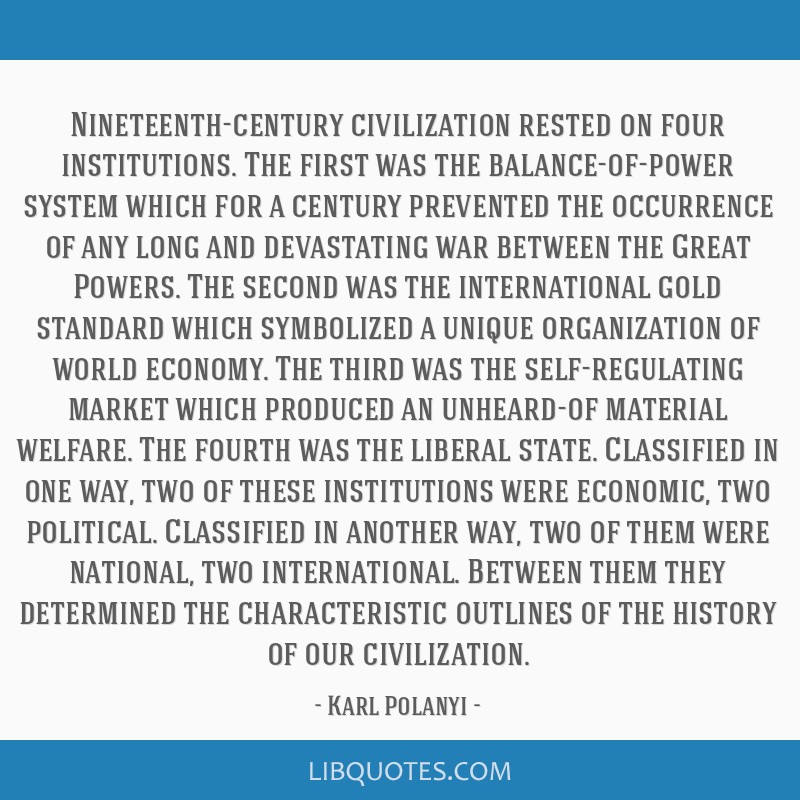 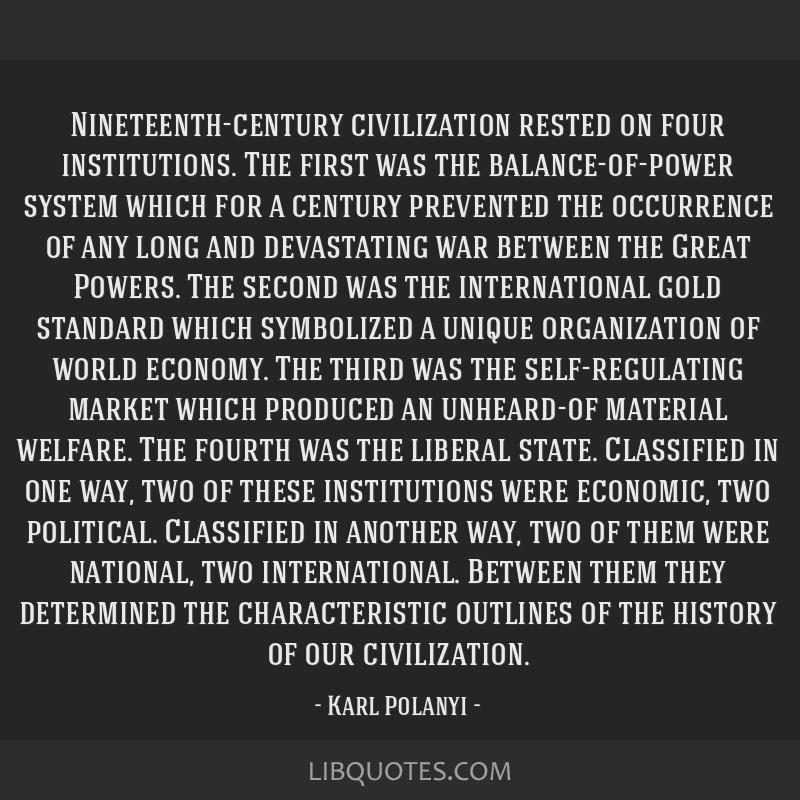