It is now perfectly clear to me that, as the shape of his head and the growth of his hair indicate, he is descendant from the negroes who joined in the flight of Moses from Egypt (unless his mother or grandmother on the father's side was crossed with a nigger). Now this union of Jewishness to Germanness on a negro basis was bound to produce an extraordinary hybrid. The importunity of the fellow is also niggerlike. 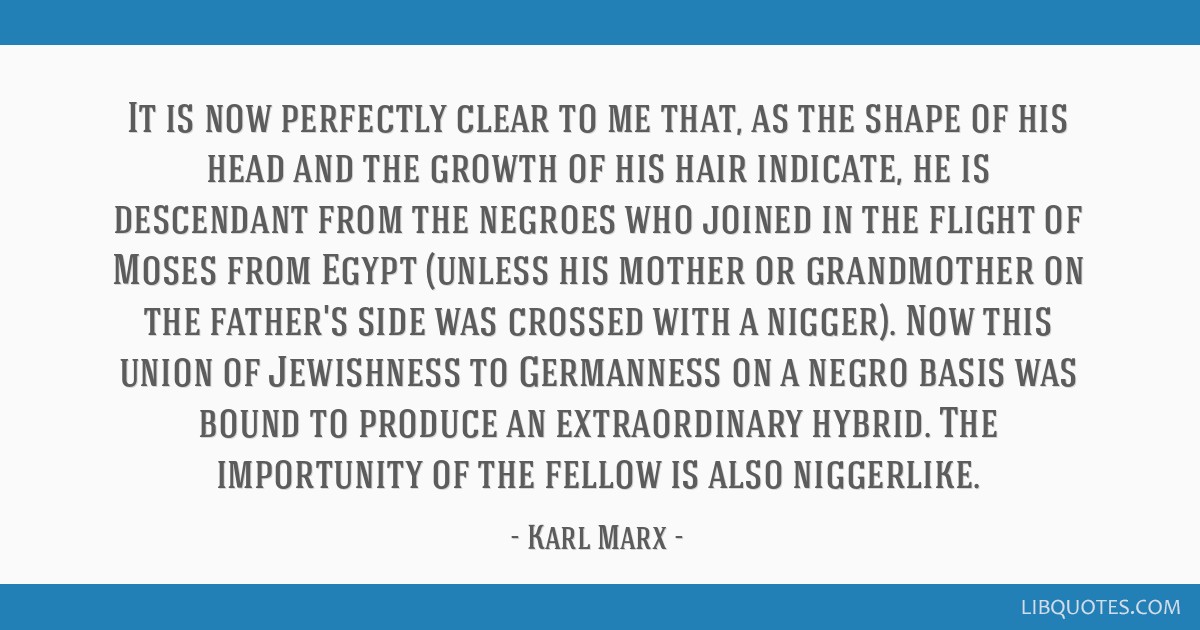 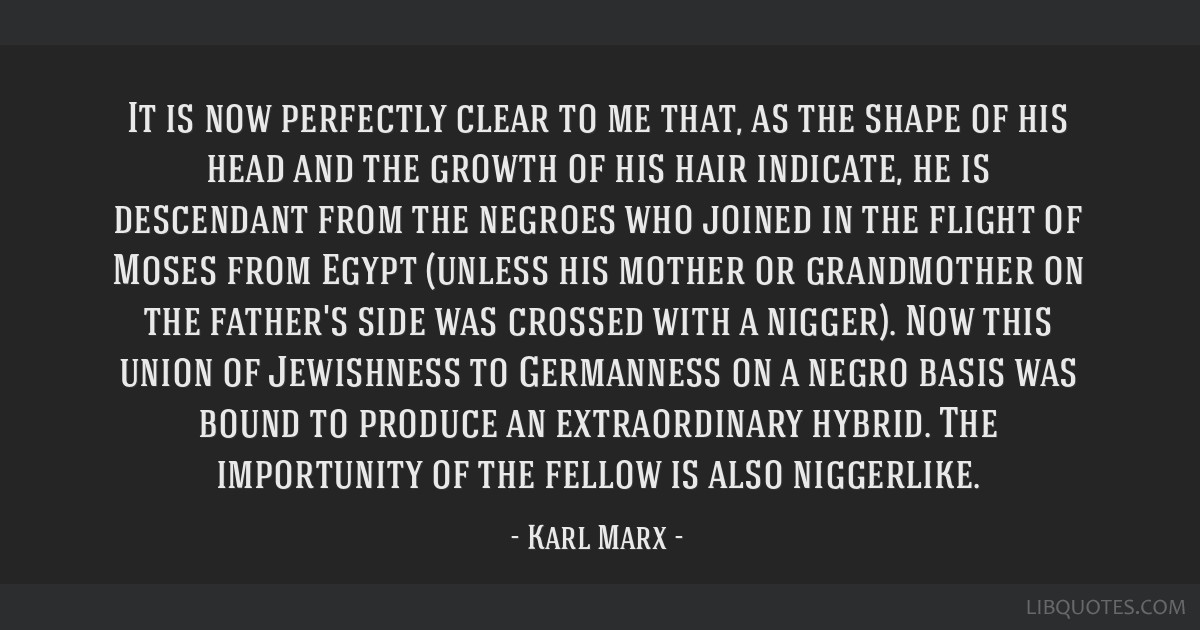 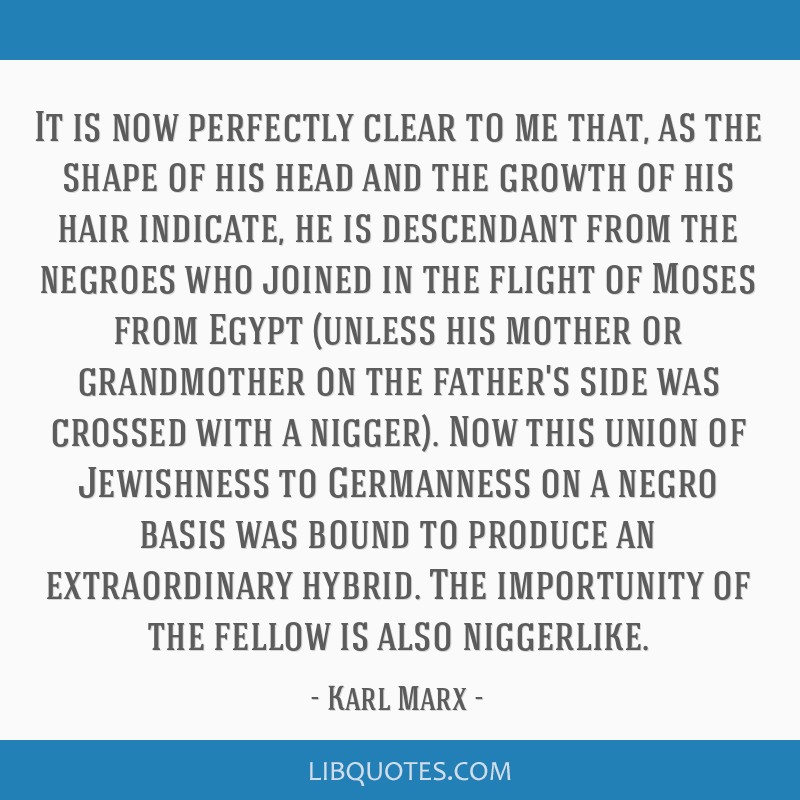 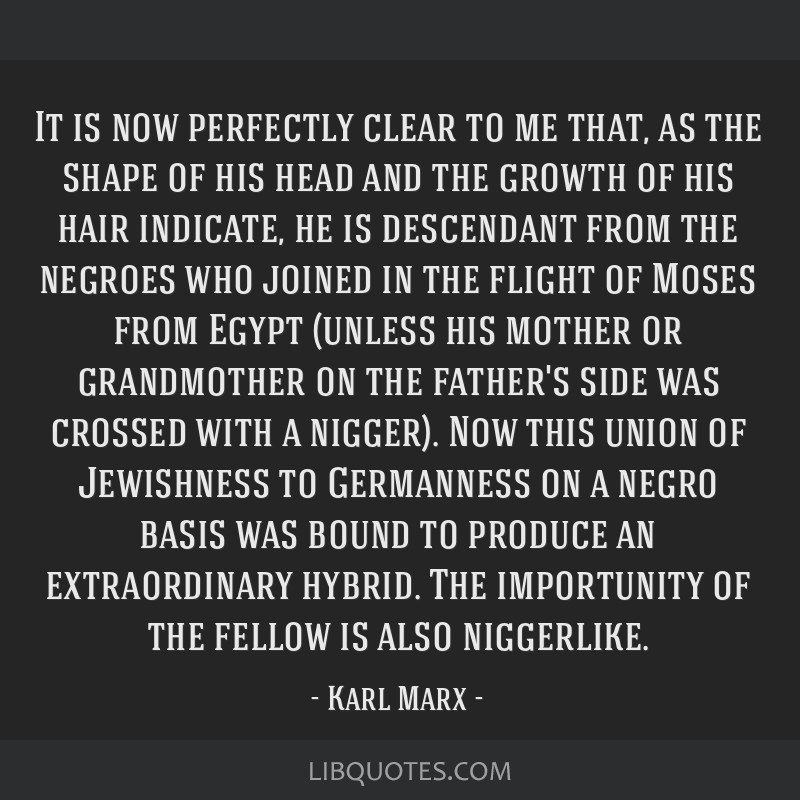 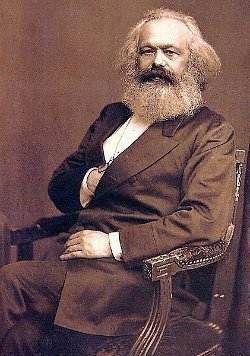