I was dead. I was a woman who had divorced her soul. I was living apart from this self which you now see. I belonged to all men, and to none. They called me harlot, and a woman possessed of seven devils. I was cursed, and I was envied.
But when His dawn-eyes looked into my eyes all the stars of my night faded away, and I became Miriam, only Miriam, a woman lost to the earth she had known, and finding herself in new places.

Mary Magdalen: On Meeting Jesus For The First Time - Jesus, The Son of Man (1928) 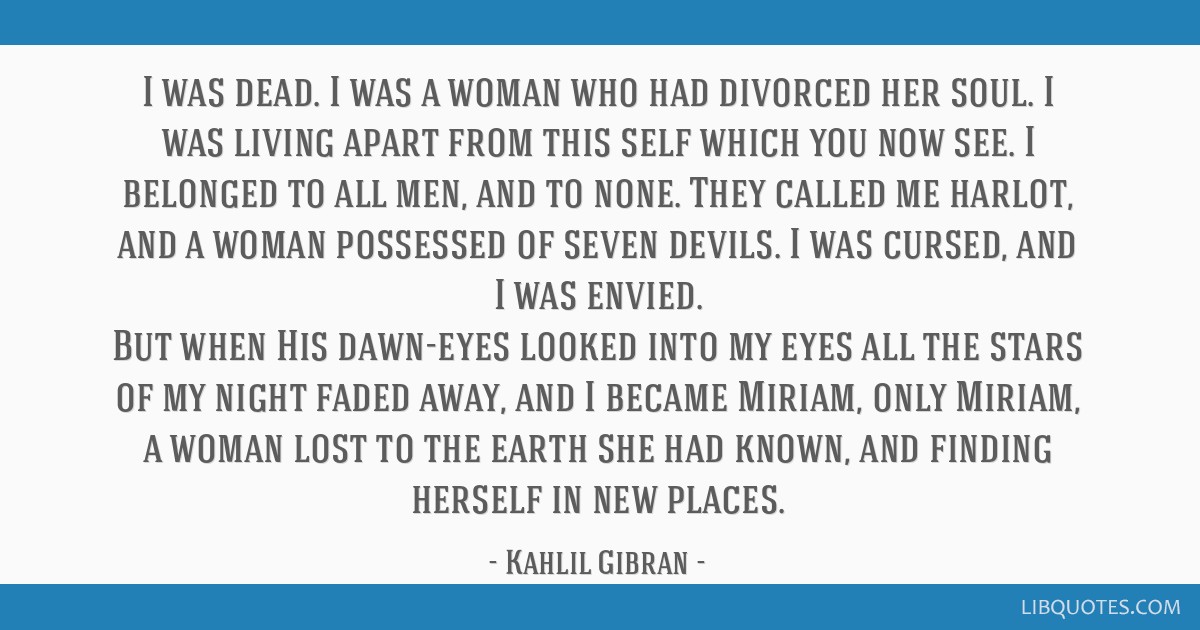 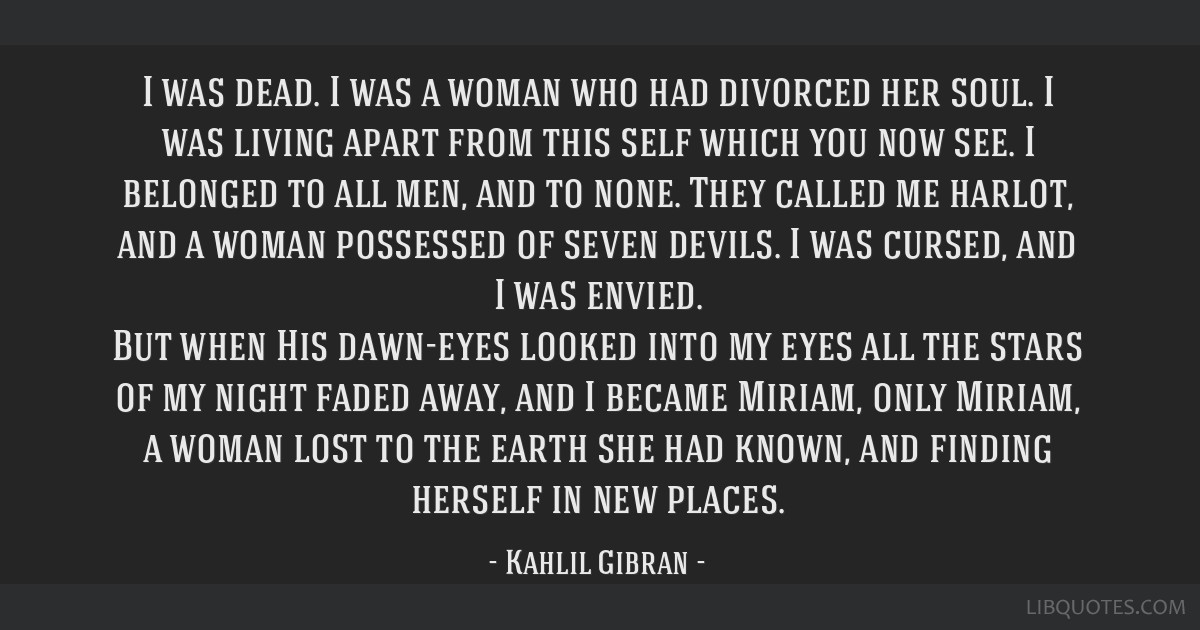 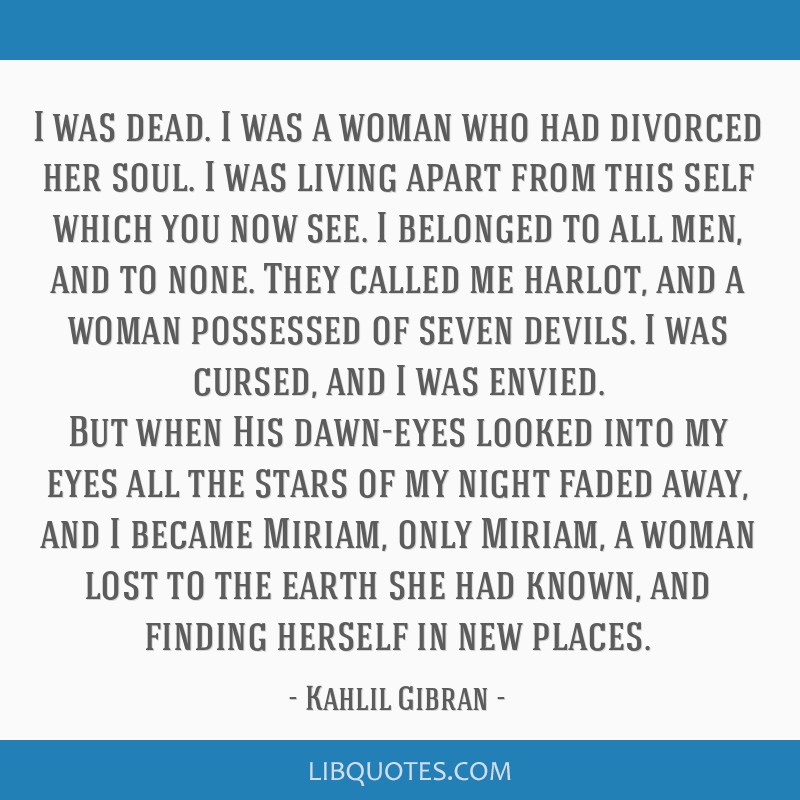 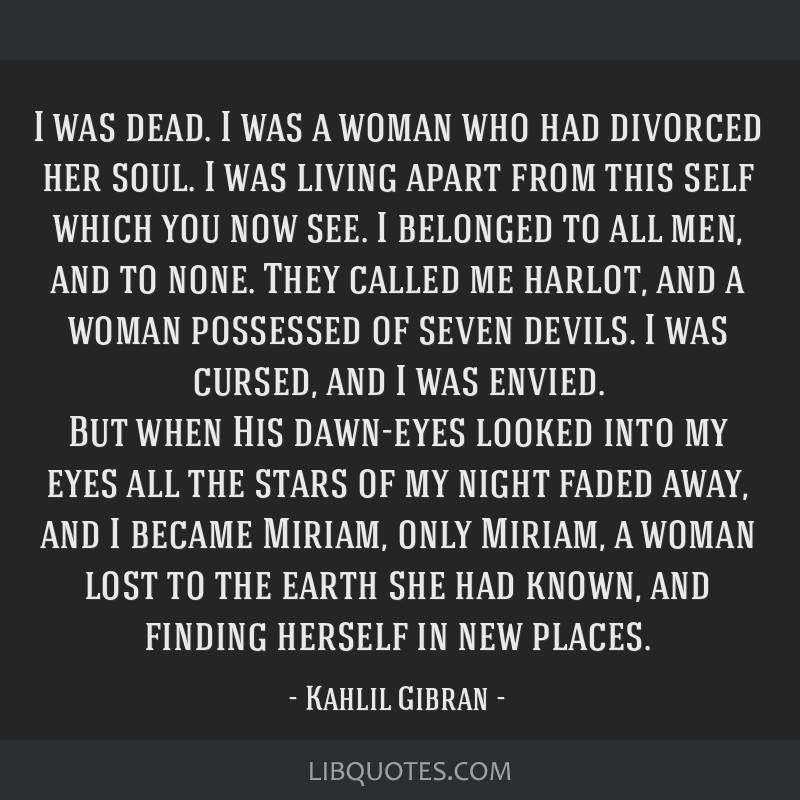 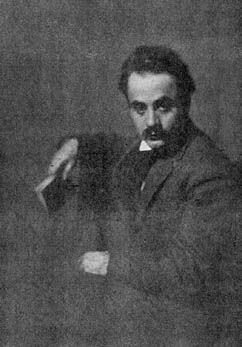