There are many serious political scientists who have argued that the age of sovereignty is over. They want a frontier less, borderless world, and that is a very dangerous philosophy which may suit the most developed and powerful countries of the world, and not those who are small and developing. That is why we are rather cautious in our liberalisation policy. We went ahead in certain sectors. We went rather slowly in other sectors. And, this has helped us. 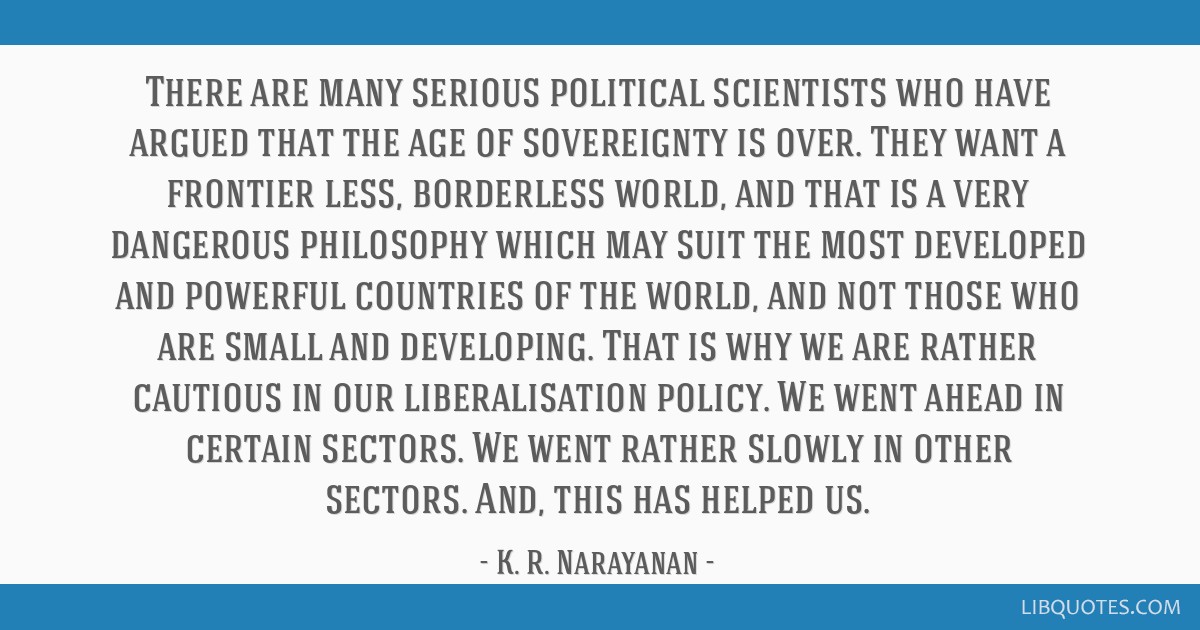 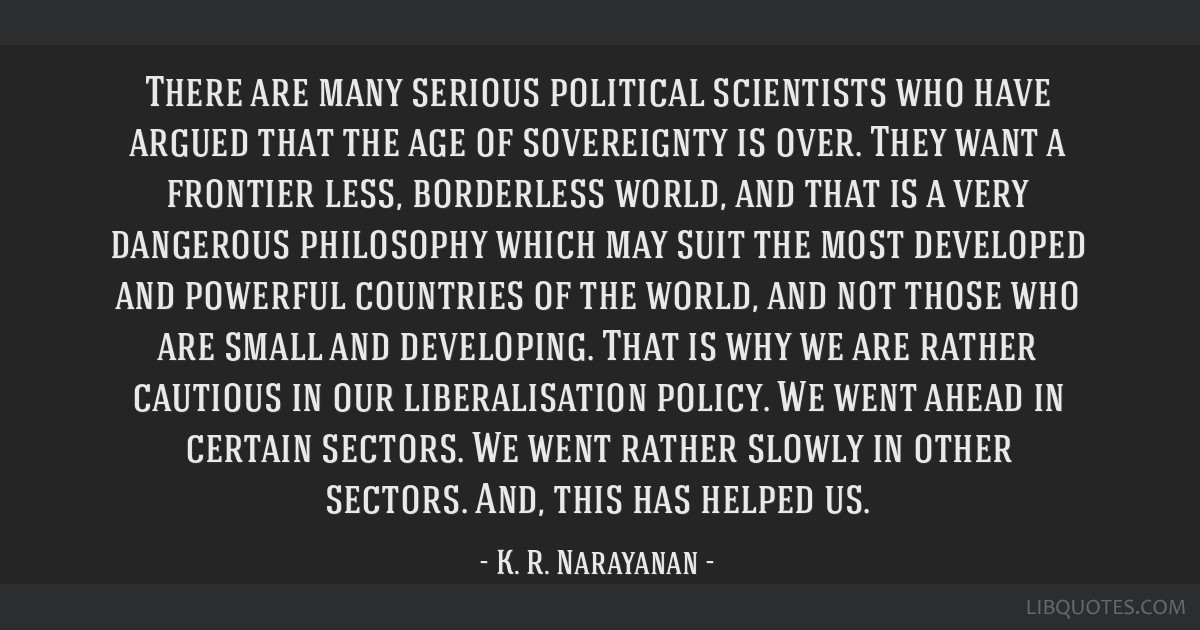 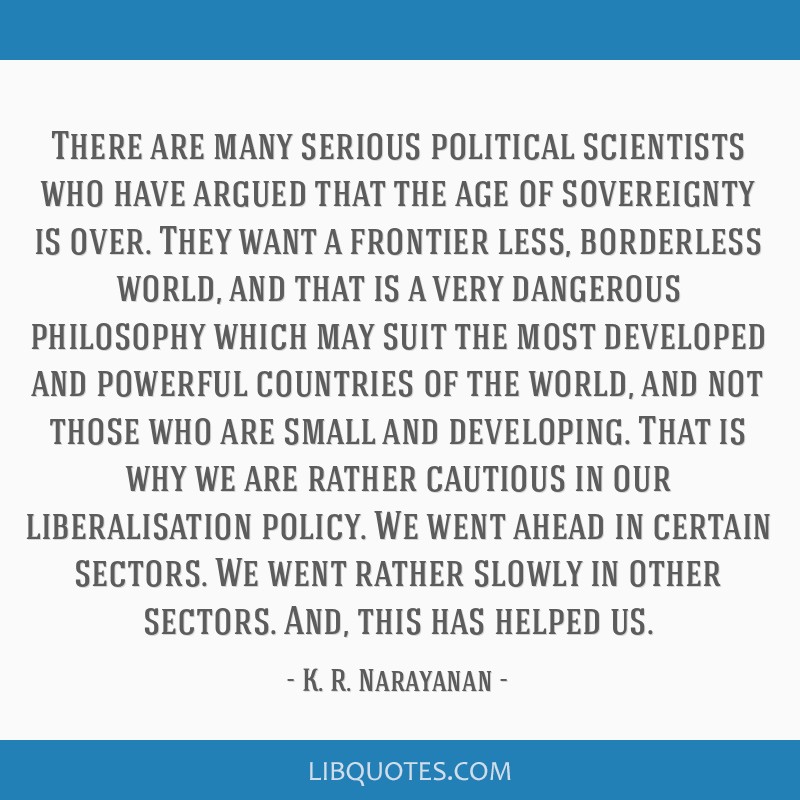 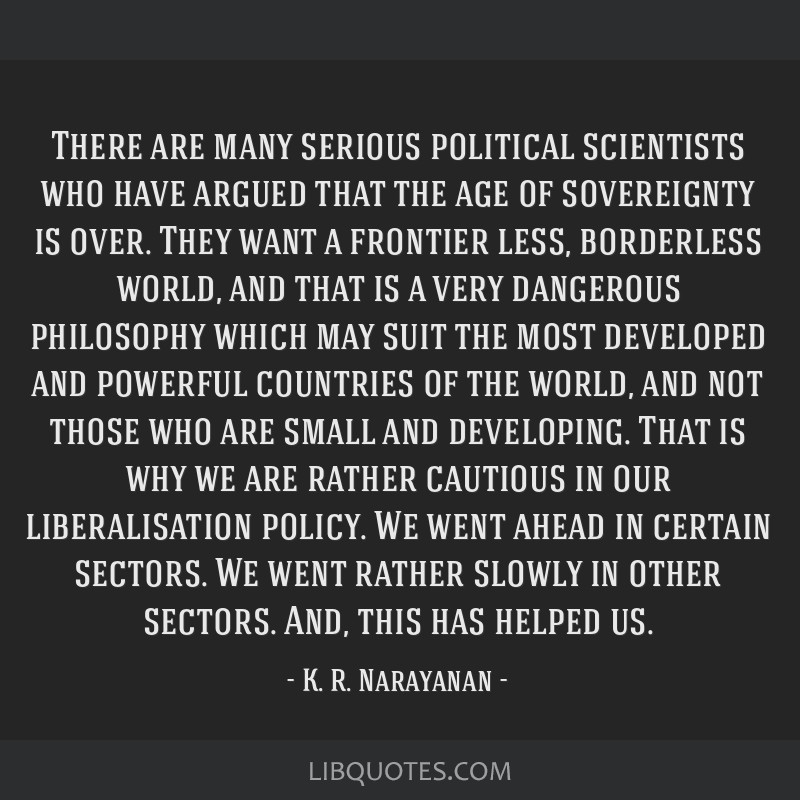