Economic liberalisation is a world phenomenon. Socialist countries, capitalist countries, all of them, have to take to liberalisation. The liberalisation took place first in Britain, then in the United States under President Reagan, these were not liberalising from a socialist system. I think it is because of the stage of economy which the world has reached at present and the stage of technology. At every historical and technological and economic age there are policies which would be suitable for that period and countries. We have to adopt policies, dictated by the circumstances and the necessities of the time. 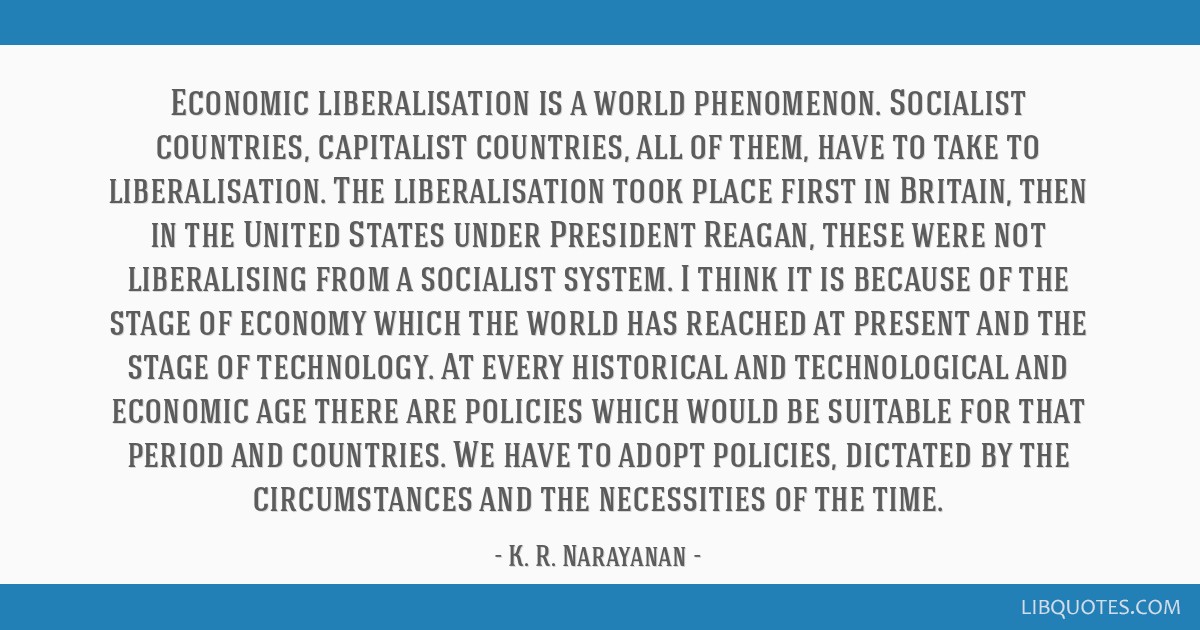 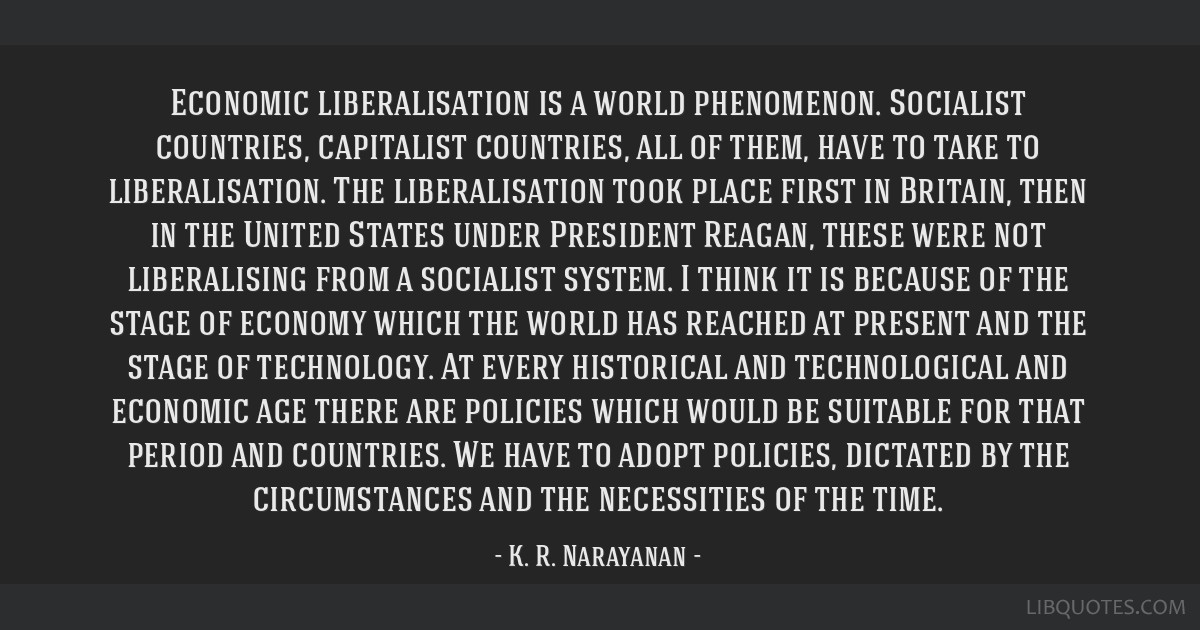 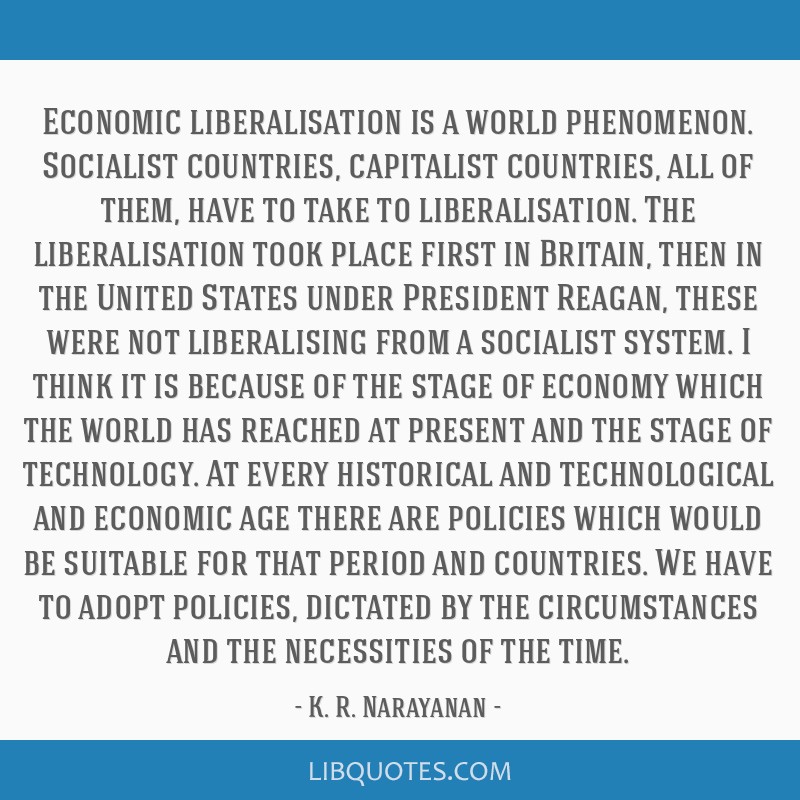 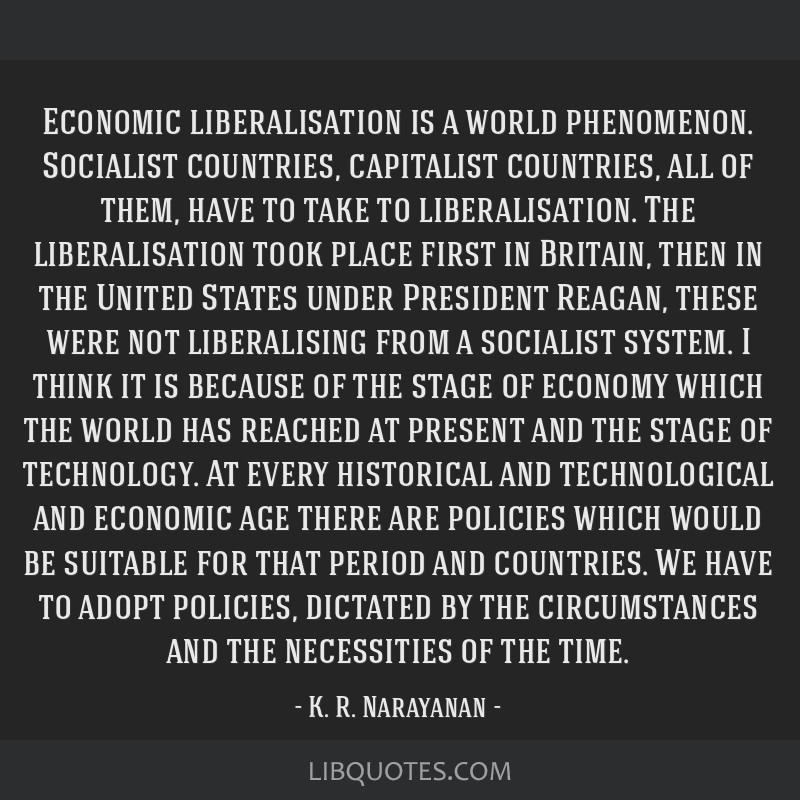