Hitler promised me protection after I had participated in the Munich putsch in 1923. I am very proud that I marched alongside Hitler in that affair. Hitler was never forgetful of that fact, and his faith and confidence in me was unshaken until the end. I, in turn, never broke my oath of loyalty to him. 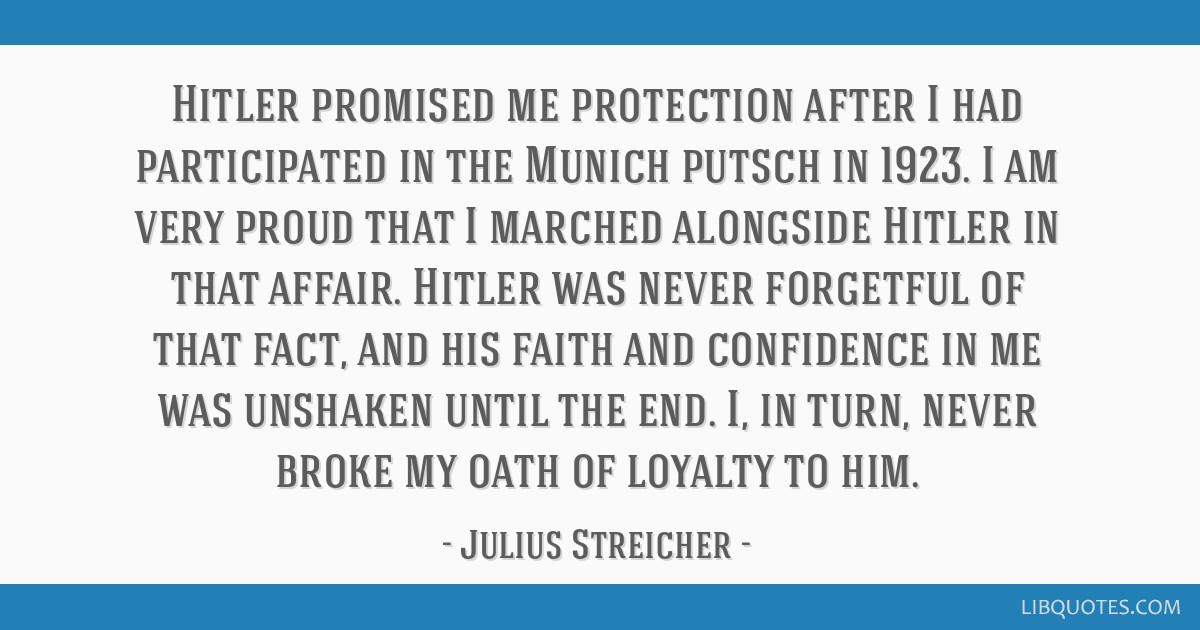 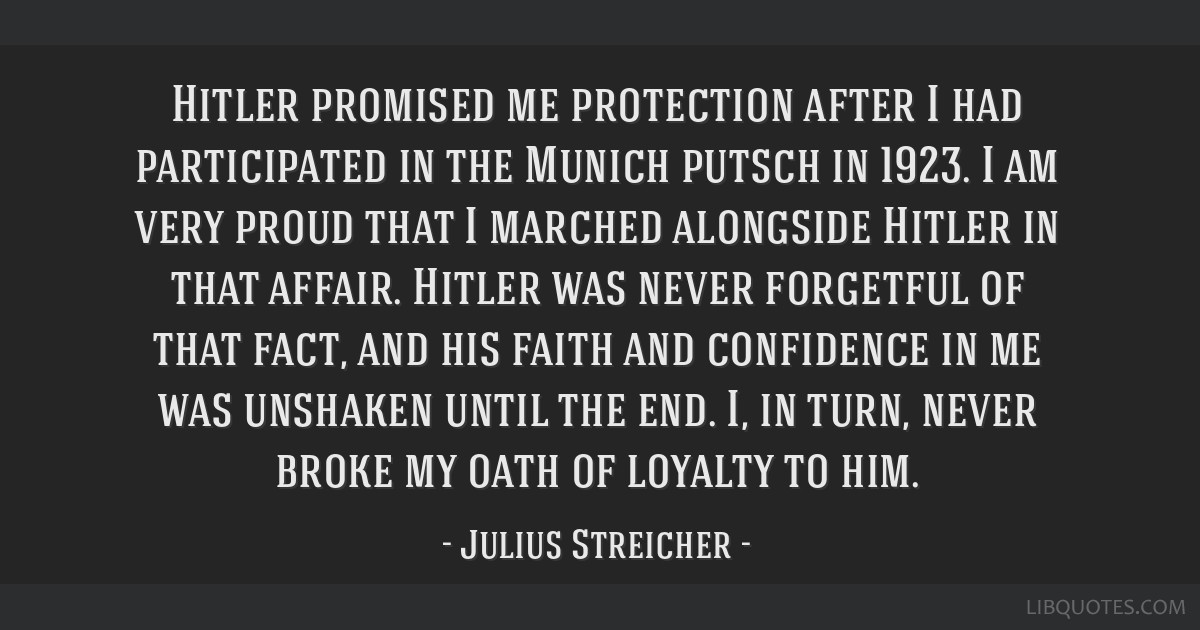 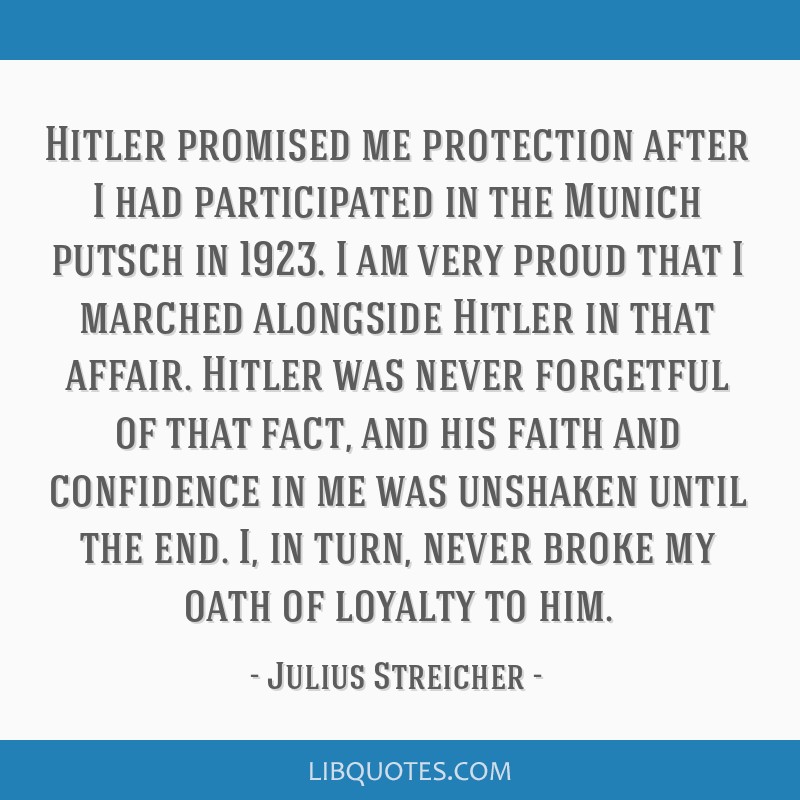 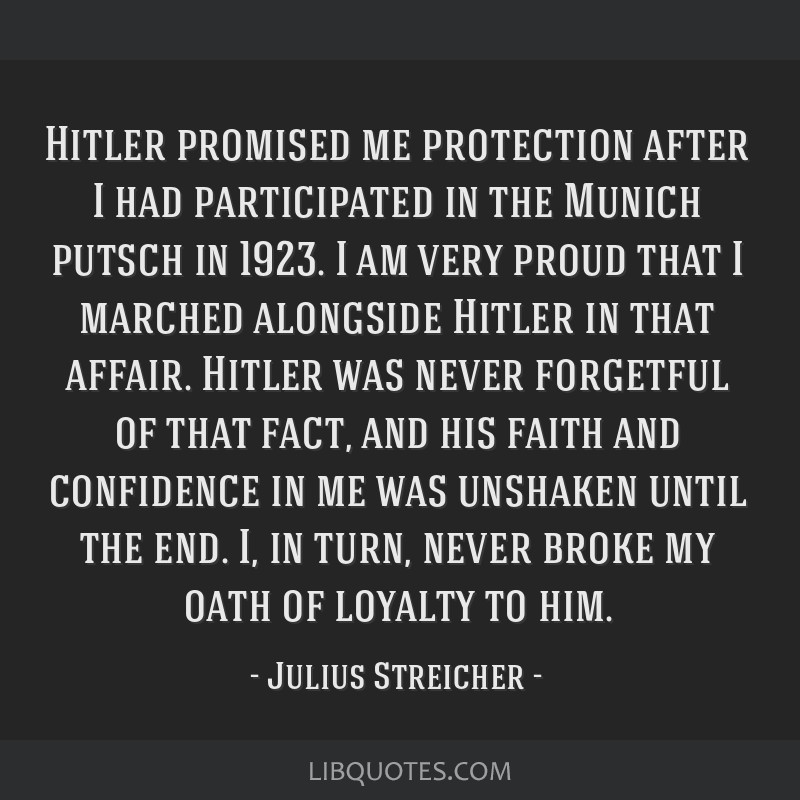 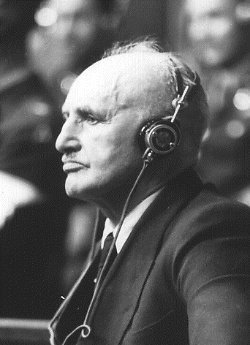