Up until our own times men had only received two sorts of teaching in what concerns the relations between politics and morality. One was Plato's and it said: Morality decides politics ; and the other was Machiavelli's, and it said Politics have nothing to do with morality. Today we receive a third. M. Maurras teaches: Politics decide morality. 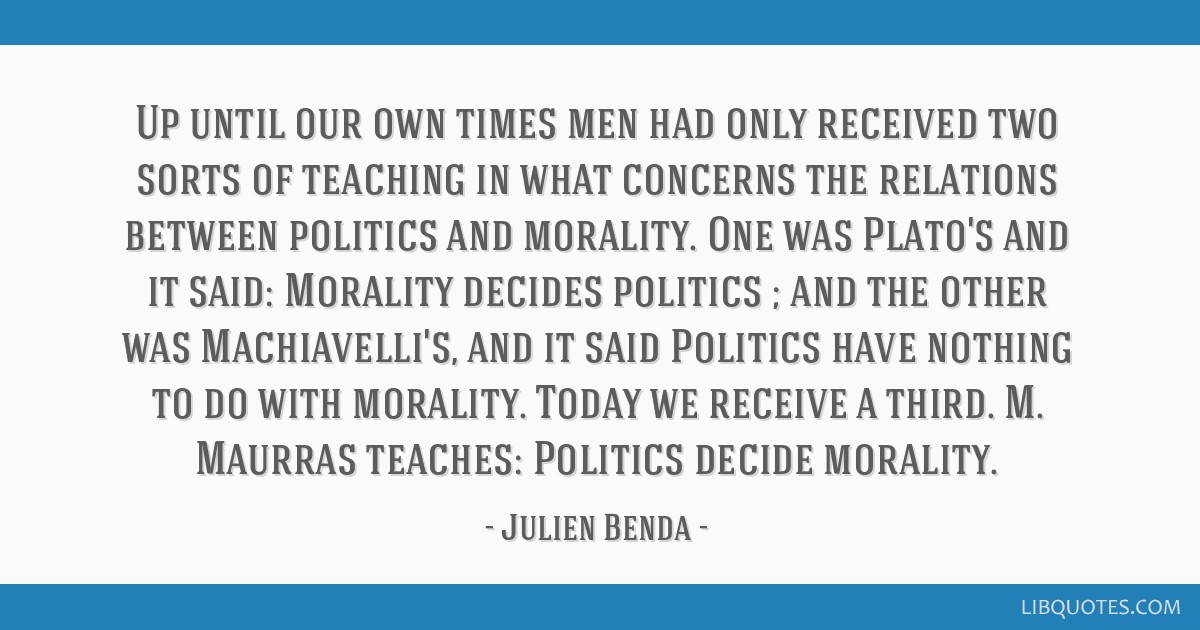 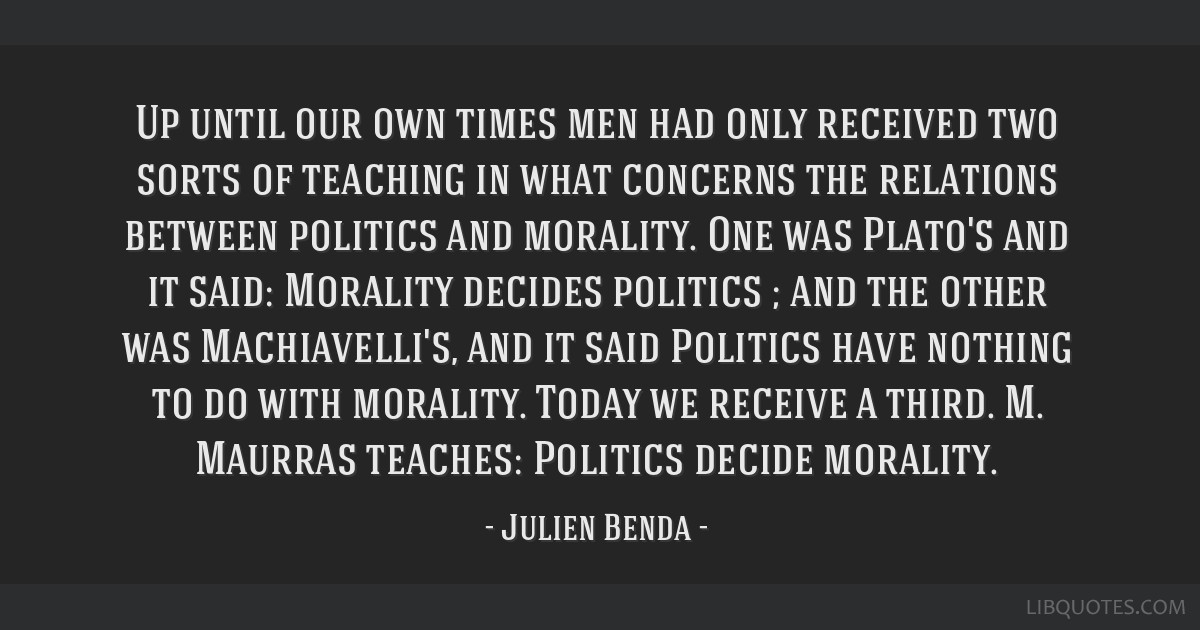 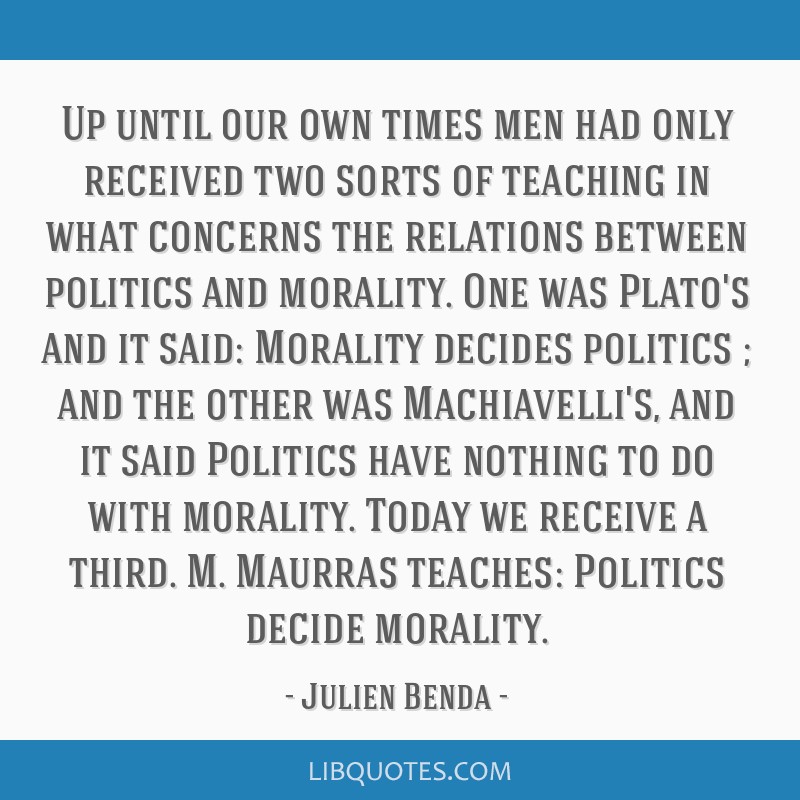 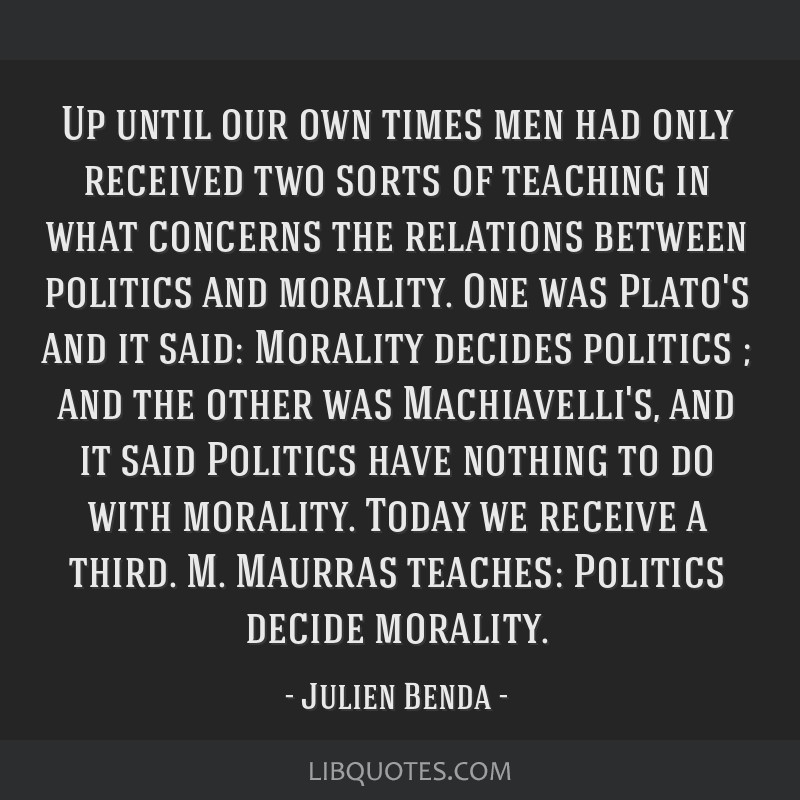