When the sexual energy of the people is liberated they will break the chains.

Julian Beck
We are a feelingless people. If we could really feel, the pain would be so great that we would stop all the suffering at once.

Julian Beck
I do not like the Broadway theatre because it does not know how to say hello. The tone of voice is false, the mannerisms are false, the sex is false, ideal, the Hollywood world of perfection, the clean image, the well pressed clothes, the well scrubbed anus, odorless, inhuman, of the Hollywood actor, the Broadway star. And the terrible false dirt of Broadway, the lower depths in which the dirt is imitated, inaccurate. 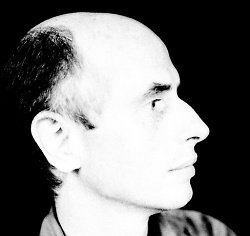 Creative Commons
Born: May 31, 1925
Died: September 14, 1985 (aged 60)
Bio: Julian Beck was an American actor, director, poet, and painter. He is best known for co-founding and directing The Living Theatre, as well as his role as Kane, the malevolent preacher in the 1986 movie Poltergeist II: The Other Side.
Known for: