Our sacrifices are terrible. I can safely say that there is no other part of the world which has been devastated on a vaster scale than Yugoslavia. Every tenth Yugoslav has perished in this struggle in which we were forced to wrest armaments from our enemies, to freeze without clothing, and to die without medication.
Nevertheless our optimism and faith have proved justified. The greatest gain of this conflict between democracy and fascism lies in the fact that it has drawn together everything that was good in humanity. The unity of the United States, the Soviet Union and Great Britain is the best guarantee to the peoples of the world that Nazi horrors will never again be repeated. 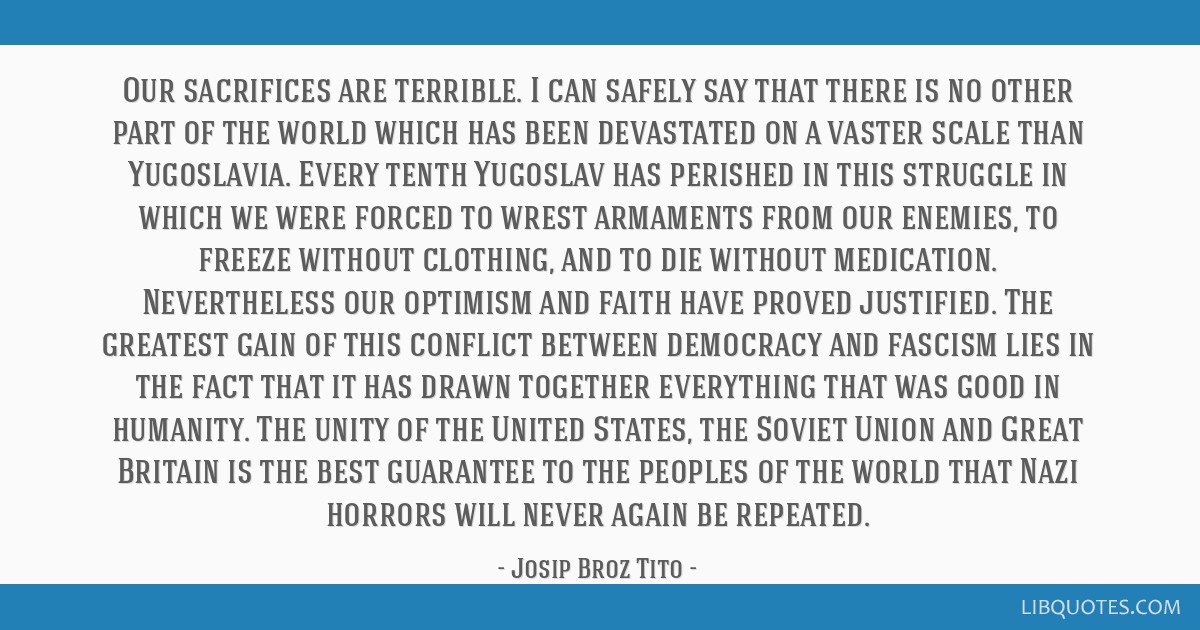 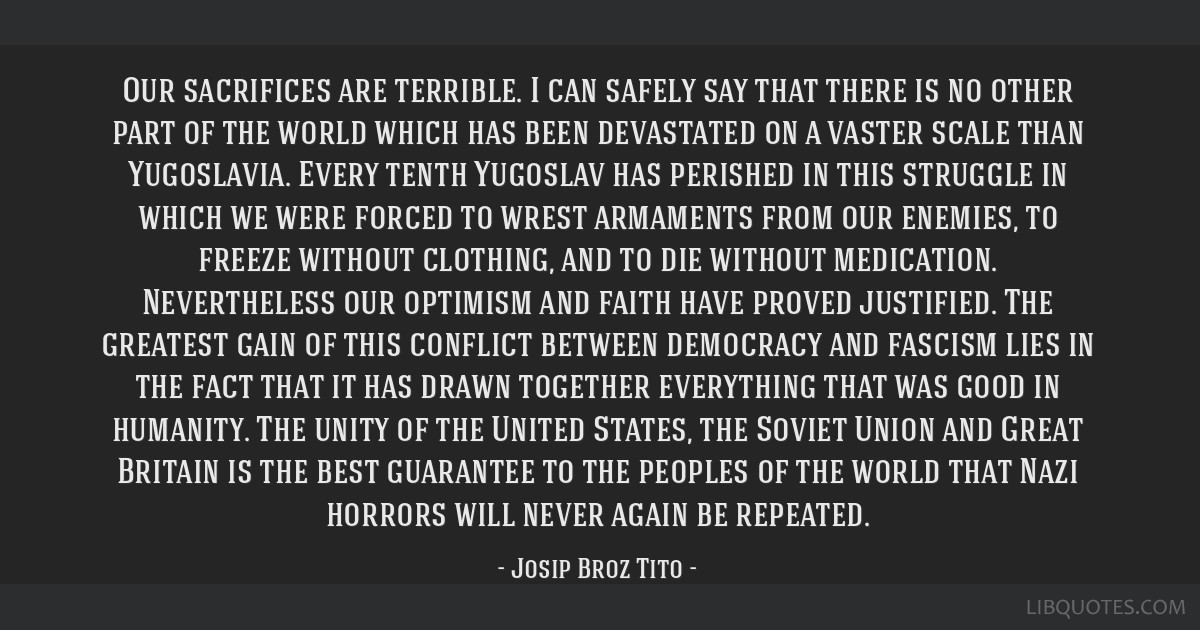 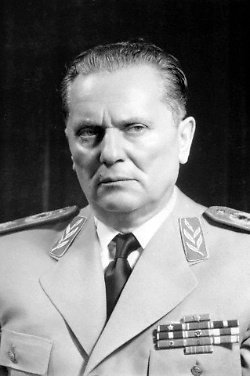