Before the end of October, 1839, I had an opportunity of selling out my stock of goods to a couple of English merchants, which relieved me from the delays, to say nothing of the inconveniences attending a retail trade: such, for instance, as the accumulation of copper coin, which forms almost the exclusive currency in petty dealings. Some thousands of dollars' worth are frequently accumulated upon the hands of the merchant in this way, and as the copper of one department is worthless in another, except for its intrinsic value, which is seldom more than ten percent of the nominal value, the holders are subjected to a great deal of trouble and annoyance. 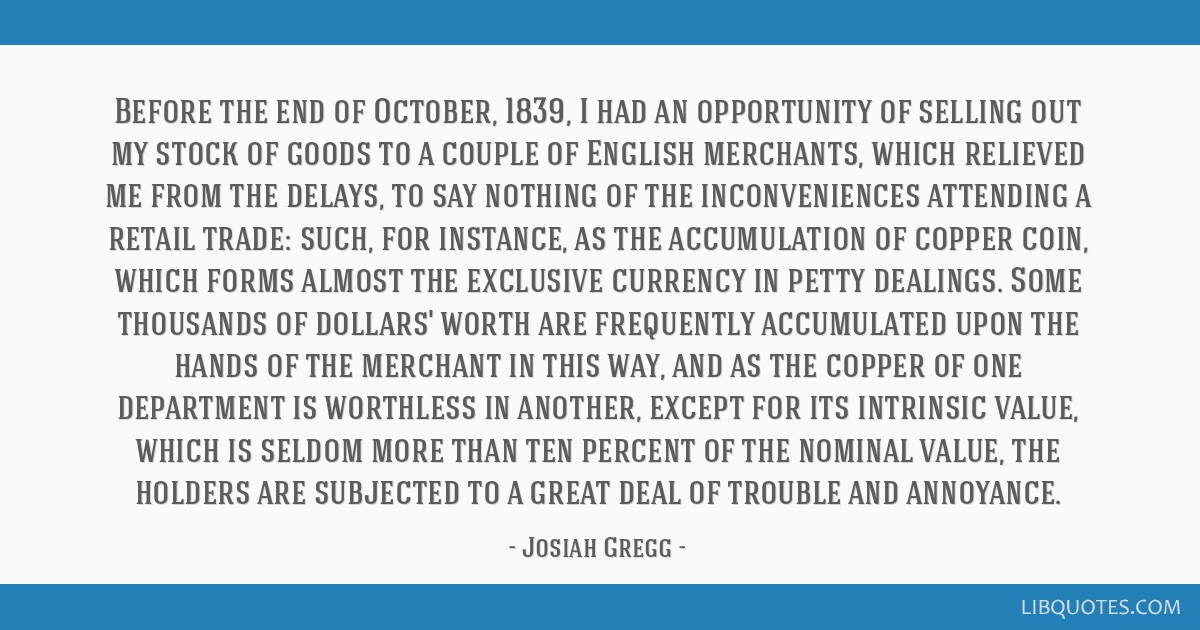 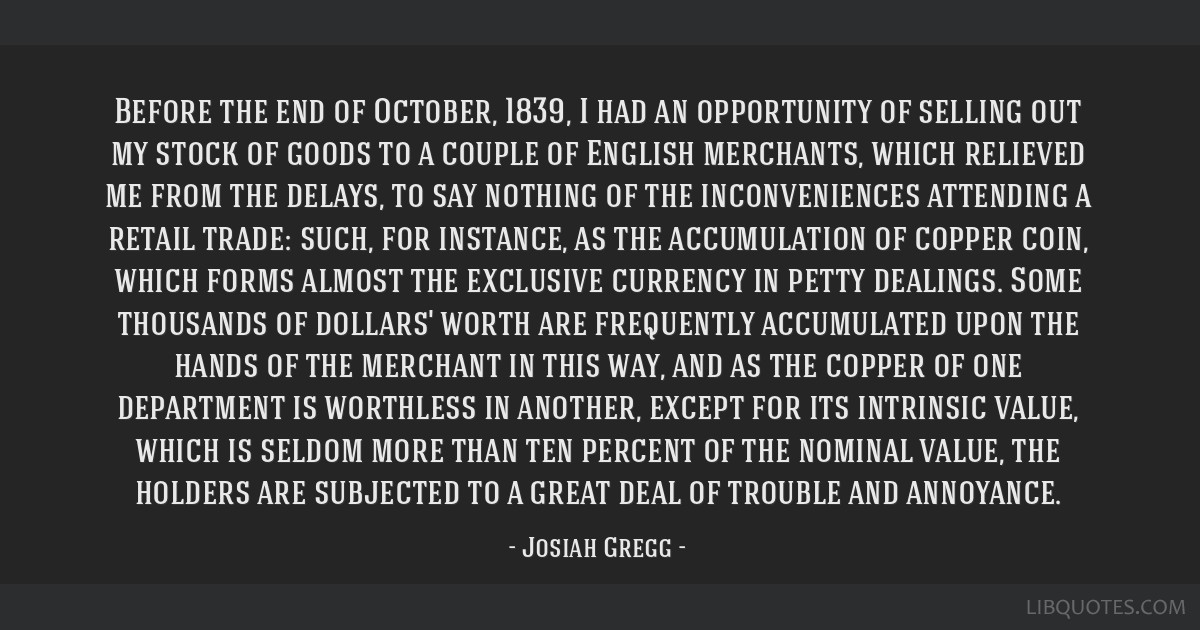 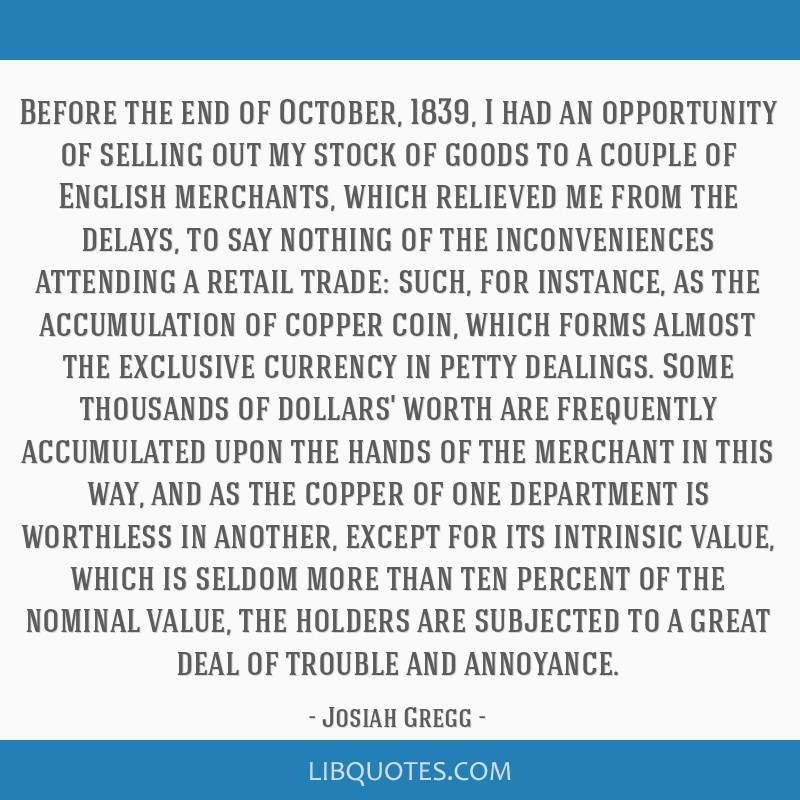 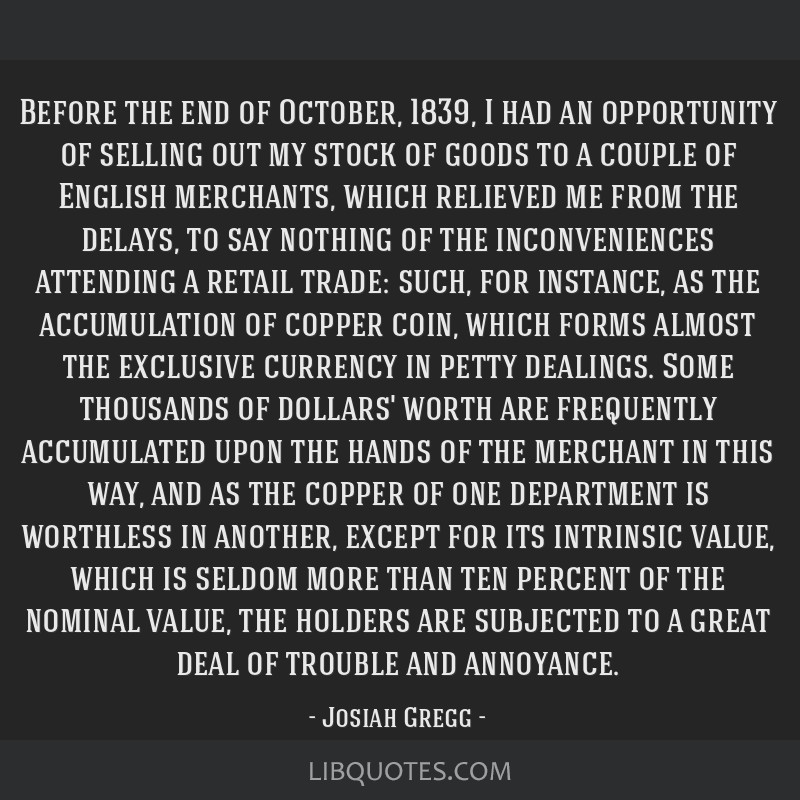