The Mexicans seem the legitimate descendants of the subjects of 'His Most Catholic Majesty;' for the Romish faith is not only the religion established by law, but the only one tolerated by the constitution: a system of republican liberty wholly incomprehensible to the independent and tolerant spirits of the United States. Foreigners only of other creeds, in accordance with treaty stipulations, can worship privately within their own houses [Religious freedom, and entire separation of church and state, were secured in Mexico, after a long and bitter struggle, by the constitution of 1873.—Book Editor]. 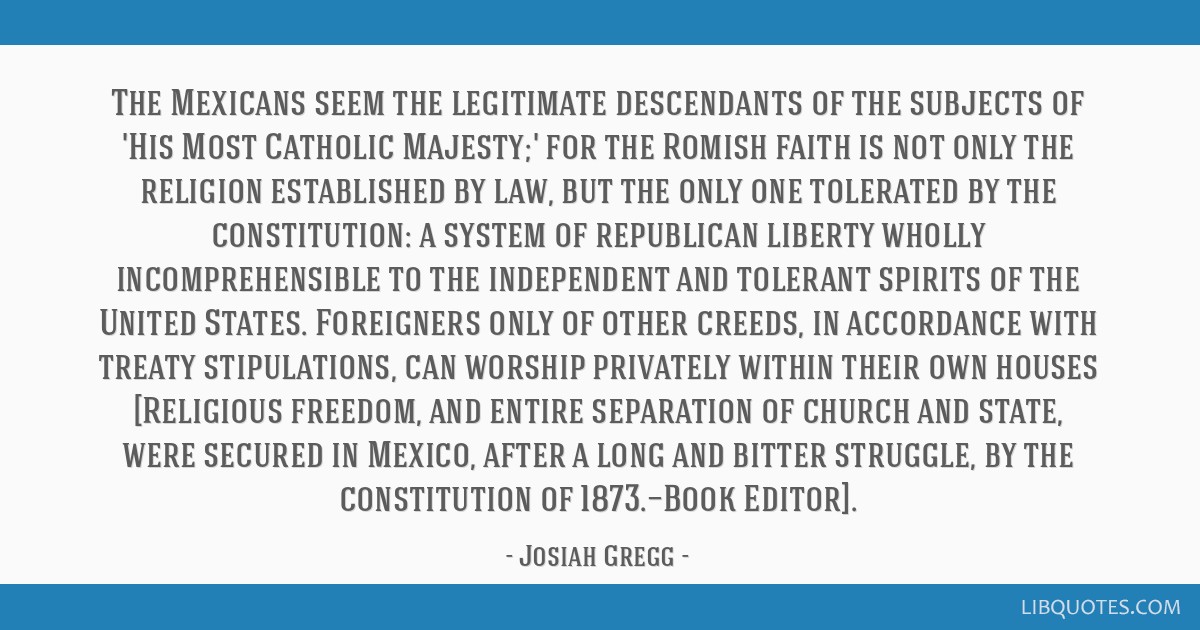 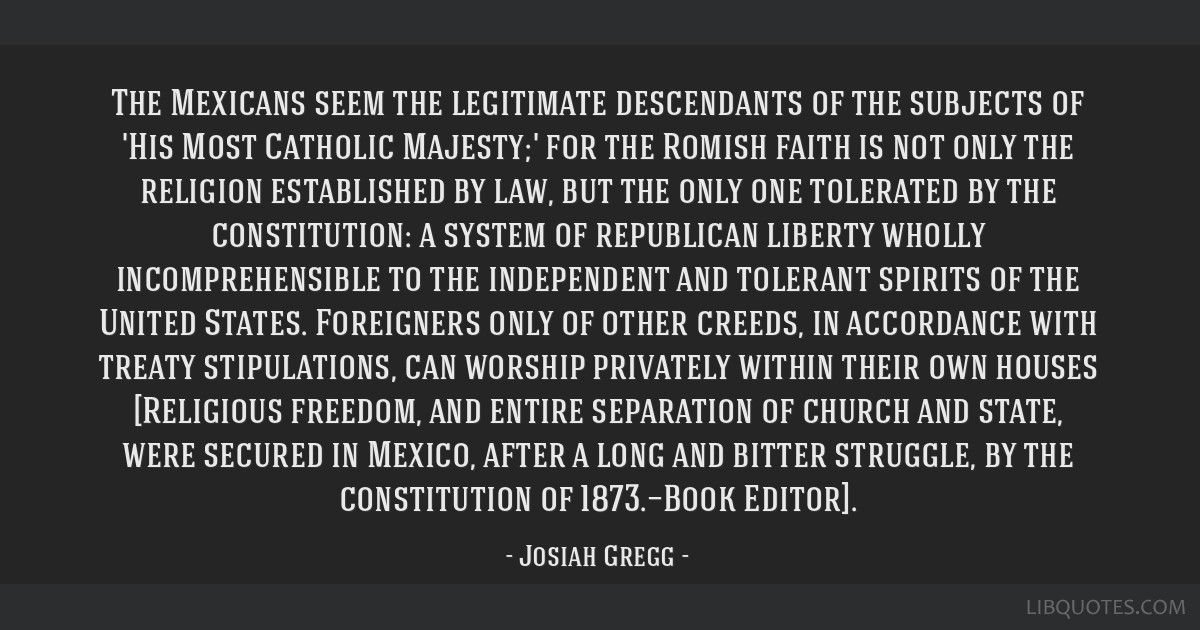 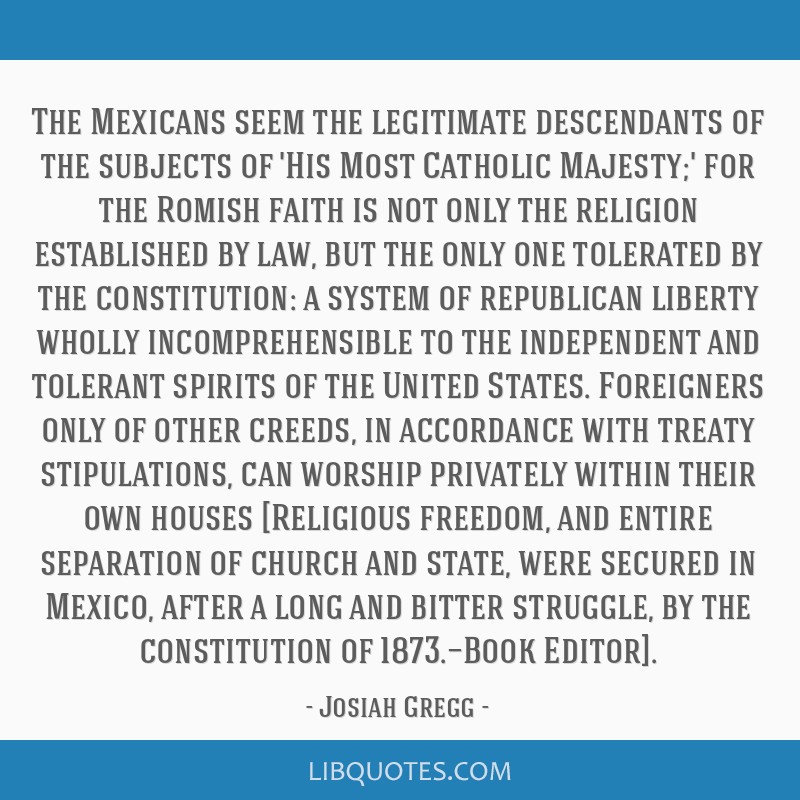 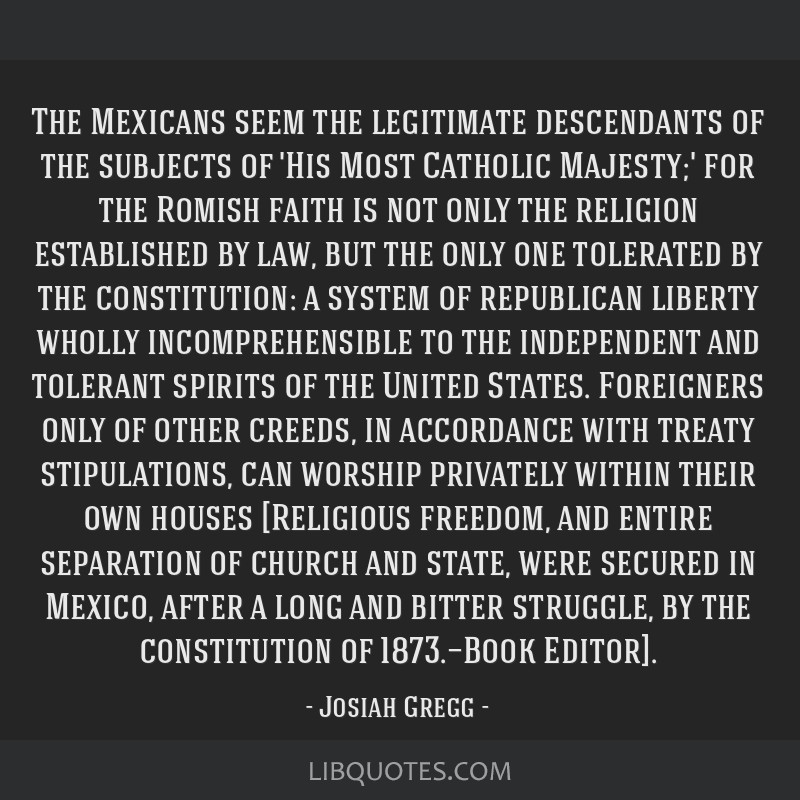