The dexterity of the Comanches in the buffalo chase is perhaps superior to that of any other tribe. The Mexican Ciboleros, however, are scarcely if at all inferior to the Indians in this sport. I once went on a hunting expedition with a Cibolero, who carried no arms except his bow and arrows and a butcher's knife. Espying a herd of buffalo, he put spurs to his horse, and, though I followed as fast as a mule I rode could trudge, when I came up with him, after a chase of two or three miles, he had the buffalo partly skinned! This was rather unusual dispatch, to be sure, for the animal oftener lingers awhile after receiving the fatal dart. 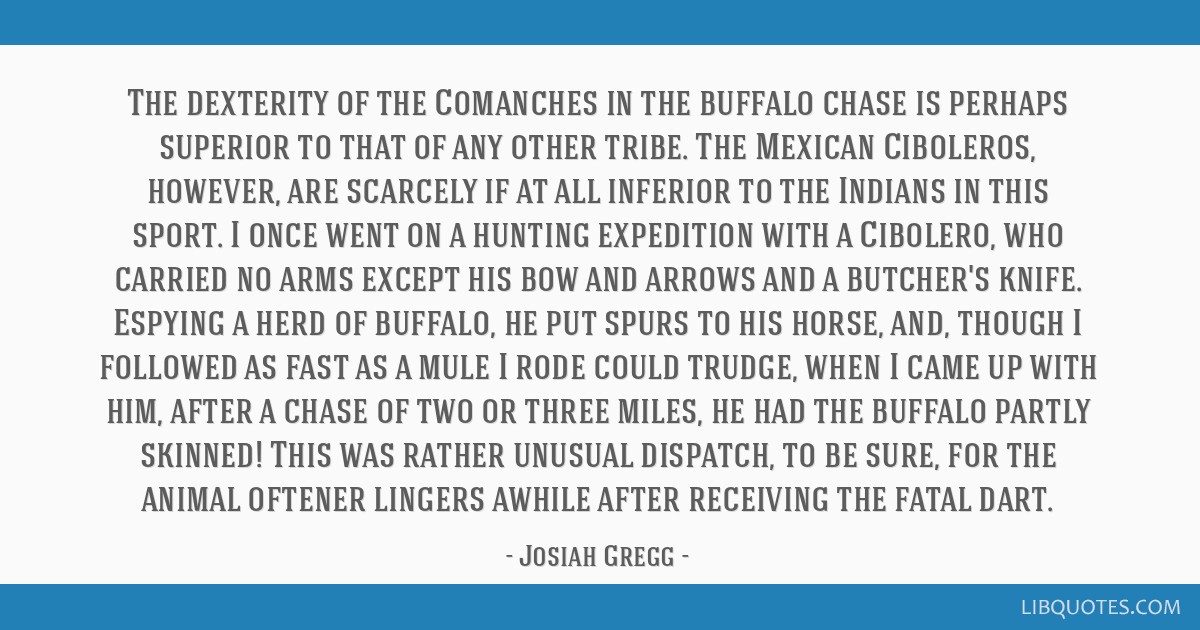 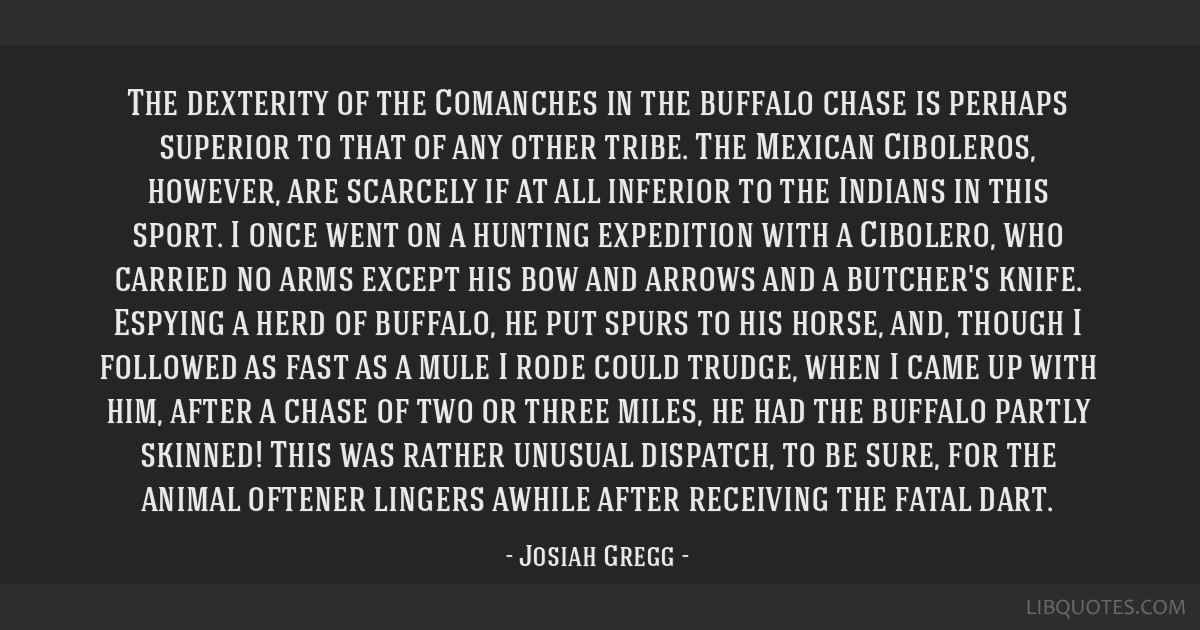 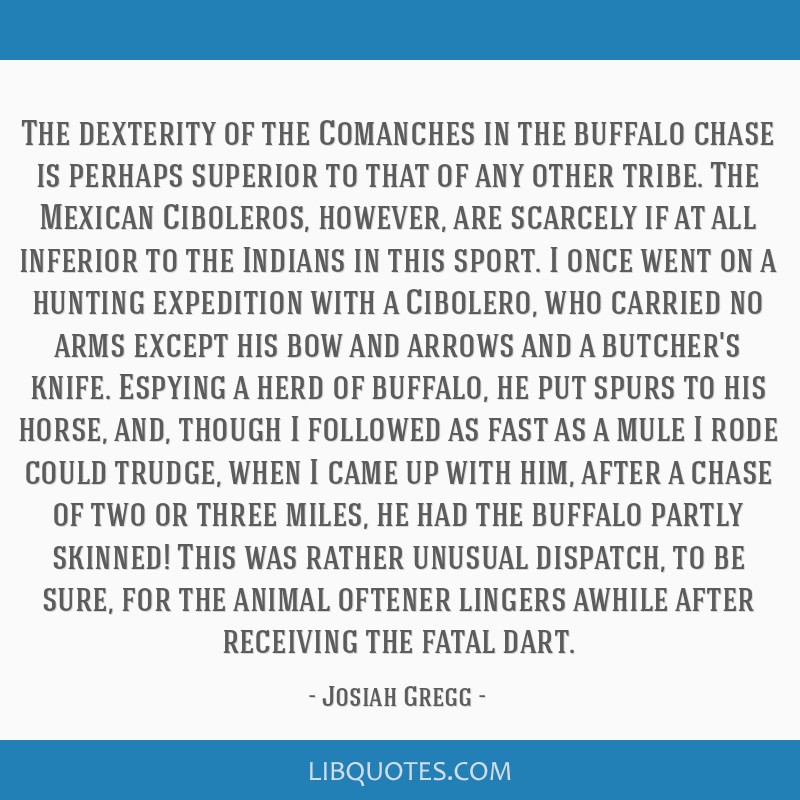 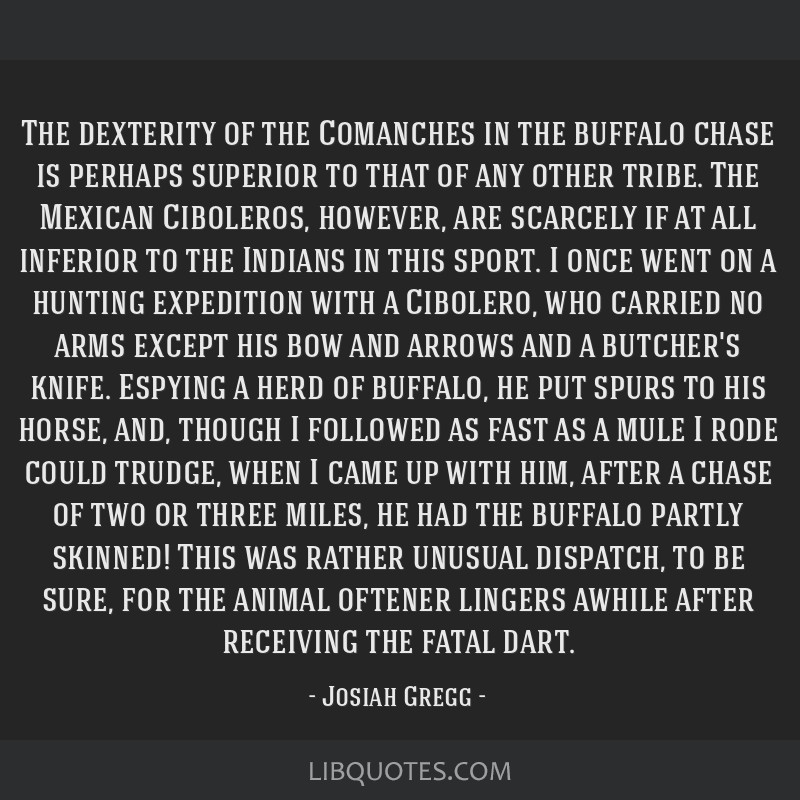