Sometime afterward, a terrible misfortune occurred which was in no way calculated to allay the superstitious fears of the ignorant. As some eight or ten citizens were returning with the ferry-boat which had crossed the last Mormons over the Missouri river, into Clay county, the district selected for their new home, the craft filled with water and sunk in the middle of the current; by which accident three or four men were drowned! It was owing perhaps to the craziness of the boat, yet some persons suspected the Mormons of having scuttled it by secretly boring auger-holes in the bottom just before they had left it. 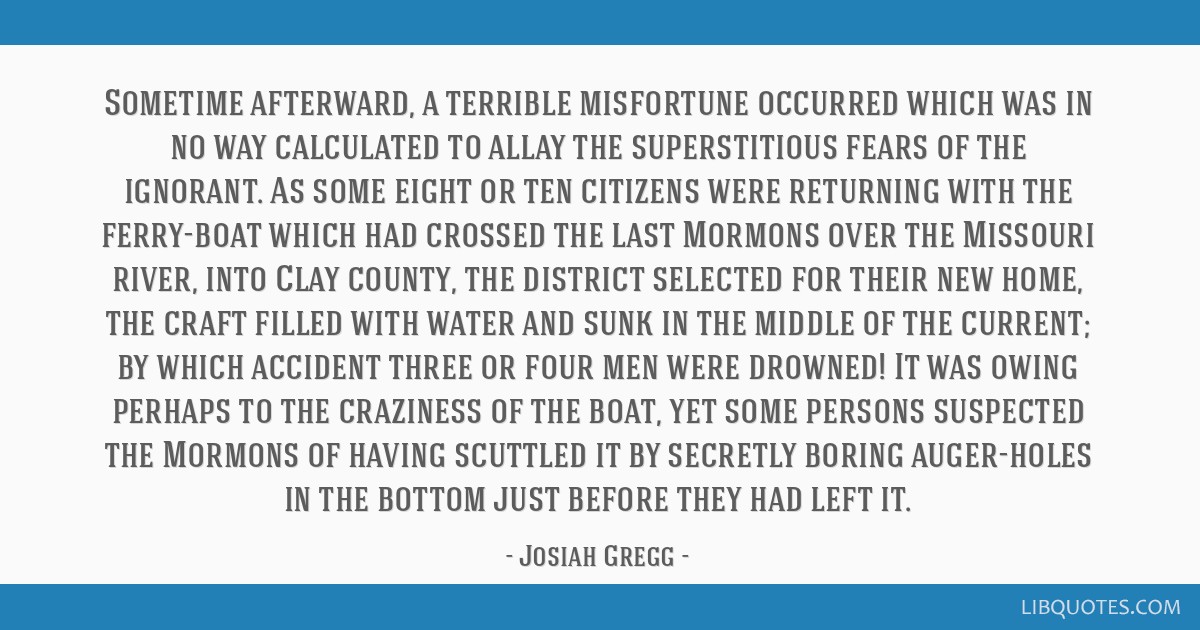 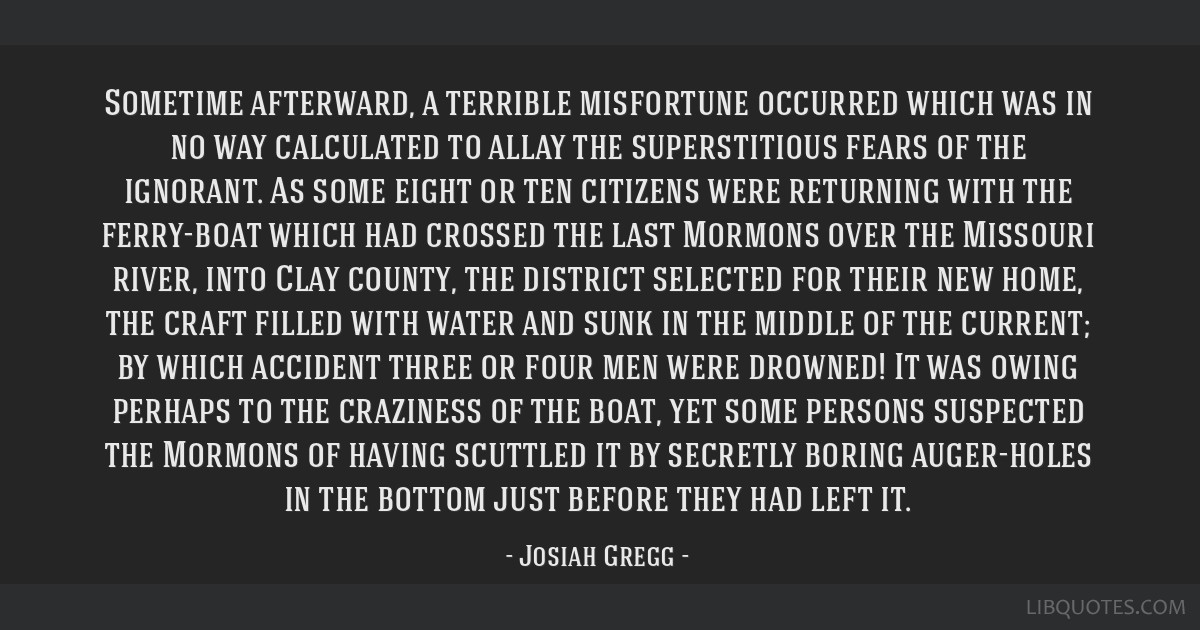 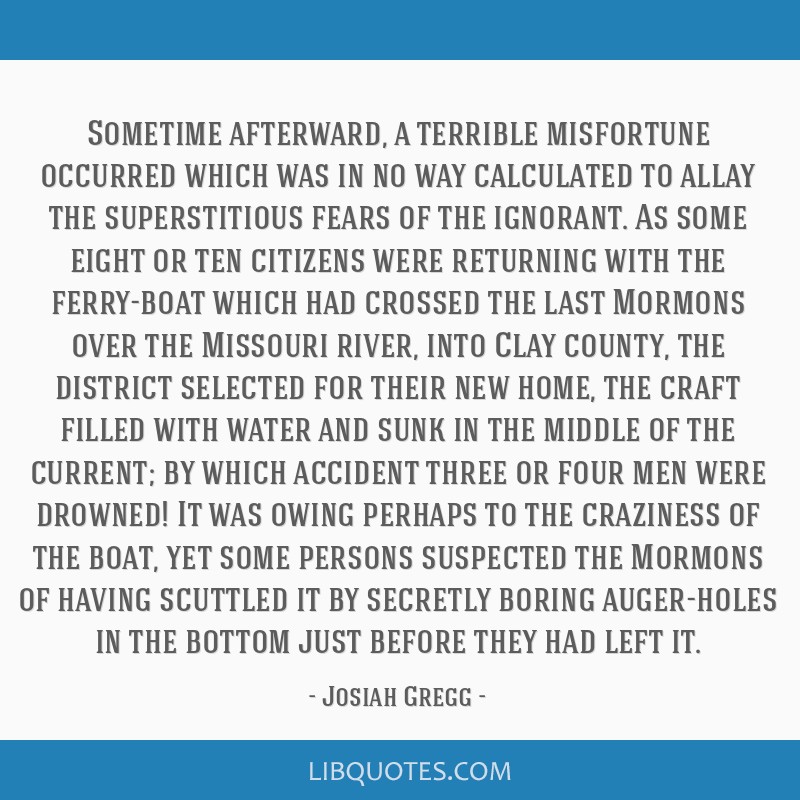 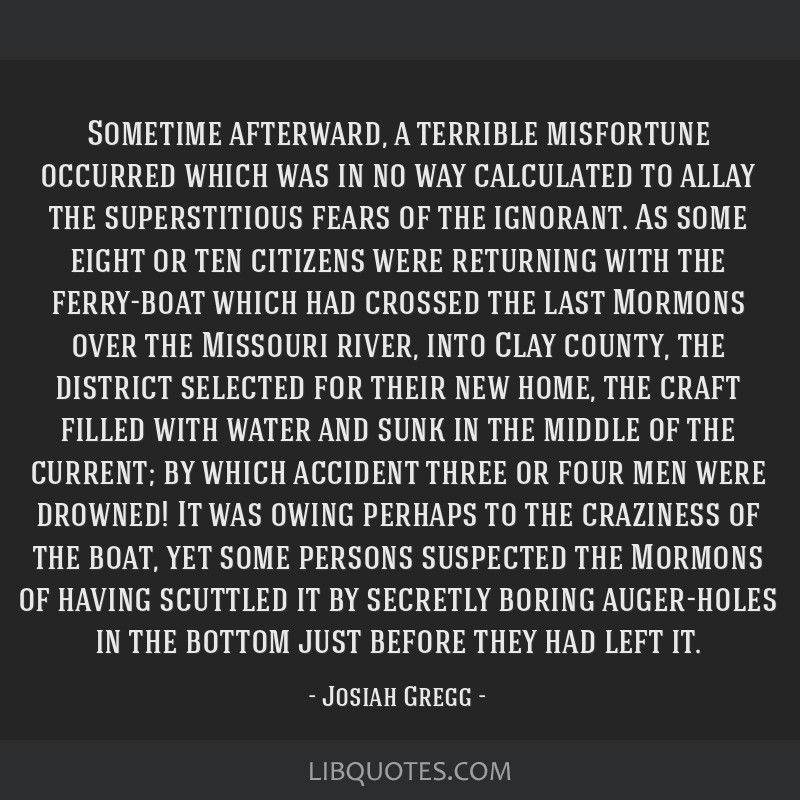 I think no innocent species of wit or pleasantry should be suppressed; and that a good pun may be admitted among the smaller excellencies of lively conversation.
James Boswell