I cannot forbear recording a most daring feat performed by a Mexican muleteer, named Antonio Chavez, during the hottest of the first onset. Seeing the danger of my two favorite riding horses, which were tethered outside within a few paces of the savages, he rushed out and brought safely in the most valuable of the two, though fusil-balls were showering around him all the while. The other horse broke his halter and made his escape. Although sundry scores of shots had been fired at our people, we had only two men wounded. 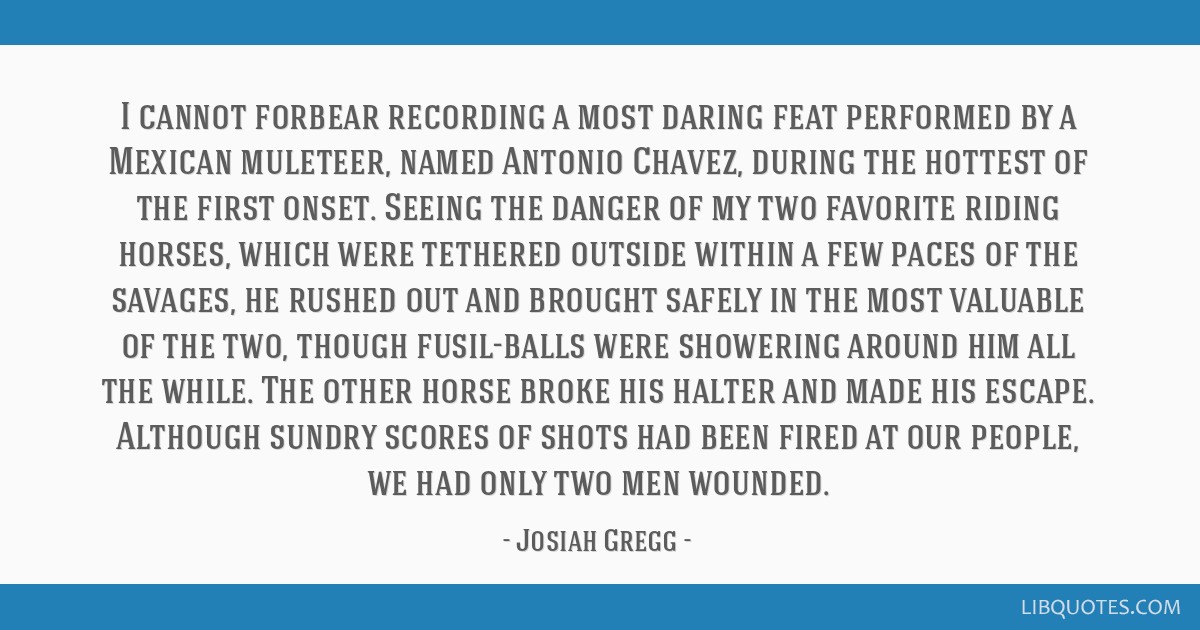 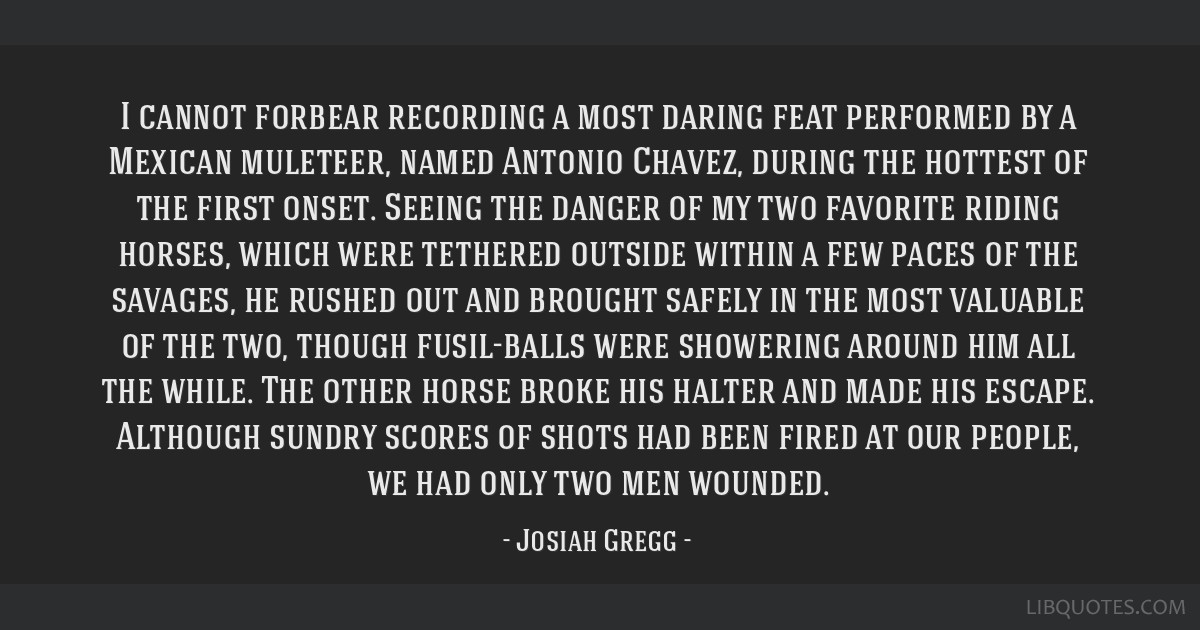 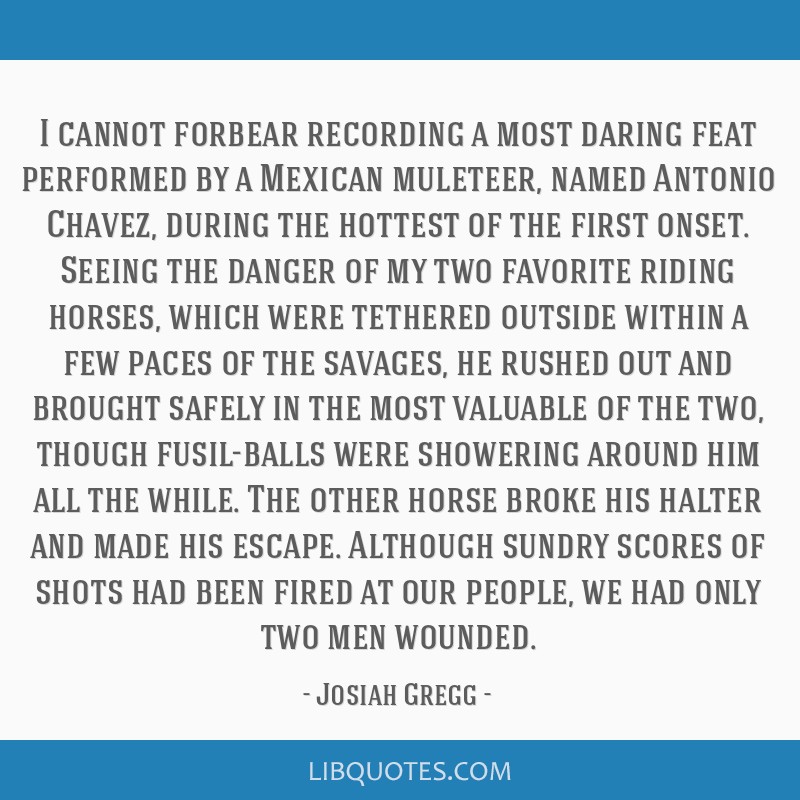 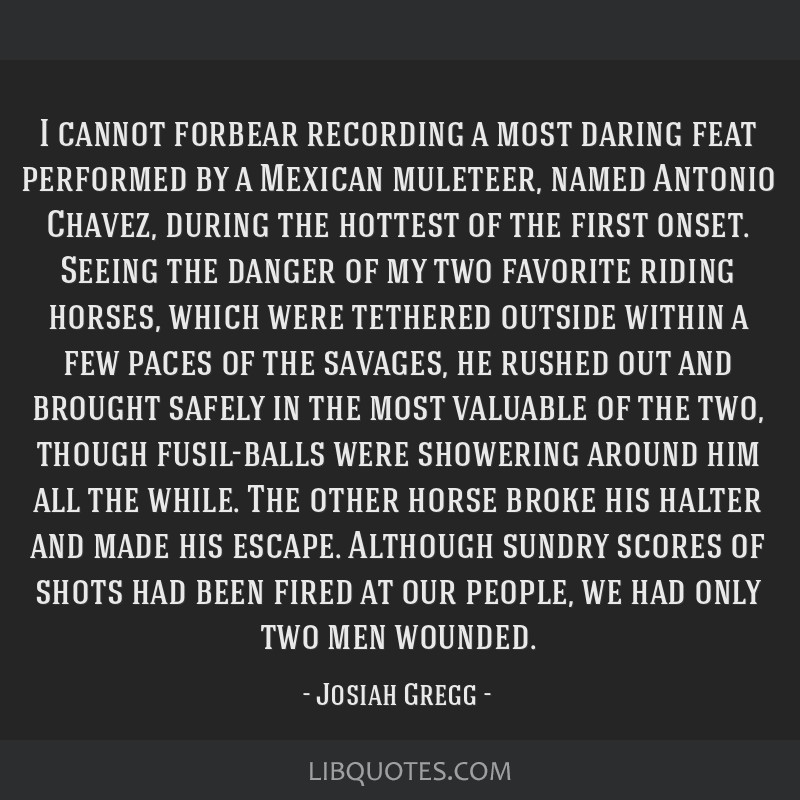