The defeat of Armijo's vanguard was attended by still more disastrous consequences, both to the American and Texan interest. That division was composed of the militia of the North — from about Taos... These people had not only remained embittered against Gov. Armijo since the revolution of 1837, but had always been notably in favor of Texas. So loth were they to fight the Texans, that, as I have been assured, the governor found it necessary to bind a number of them upon their horses, to prevent their escape, till he got them fairly upon the Prairies. And yet the poor fellows were compelled to suffer the vengeance which was due to their guilty general! 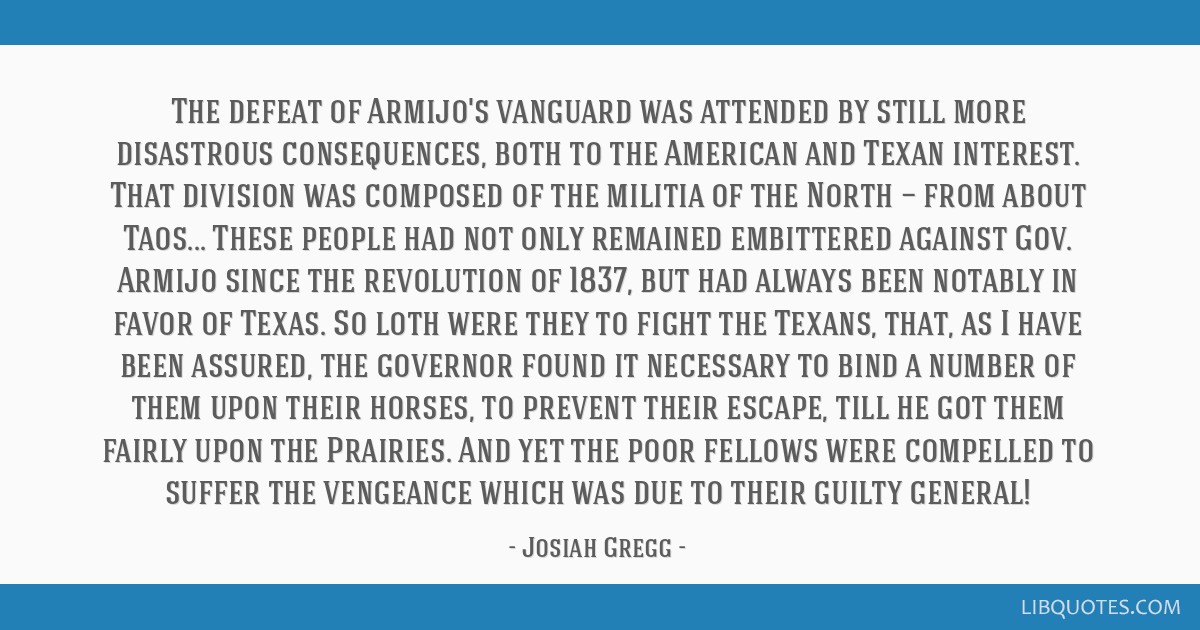 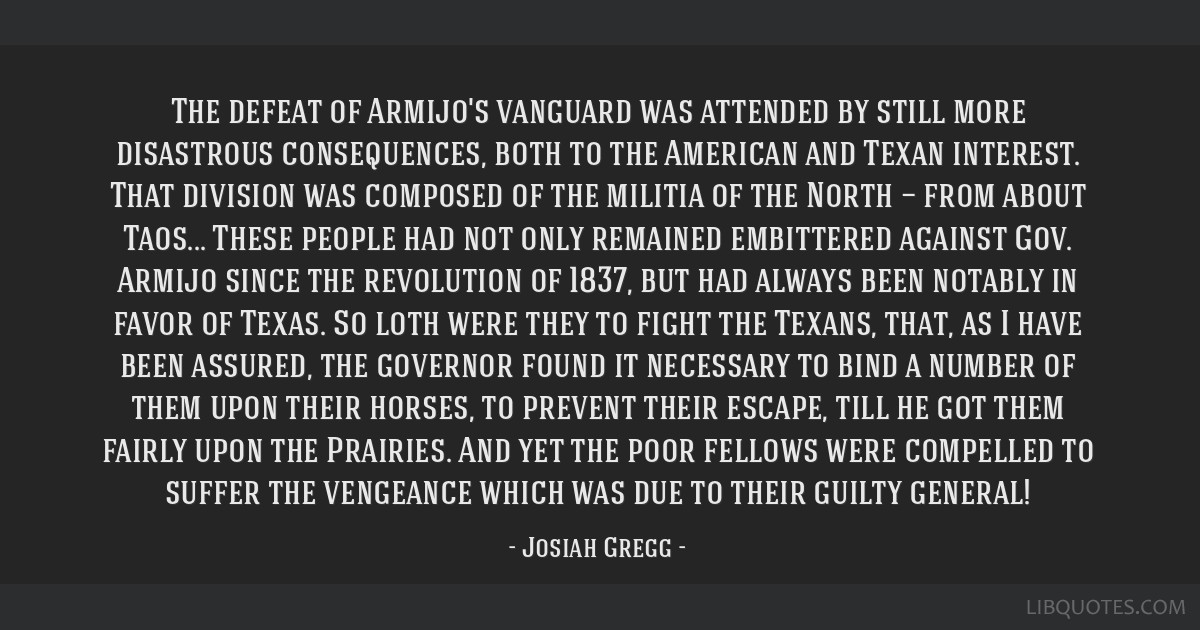 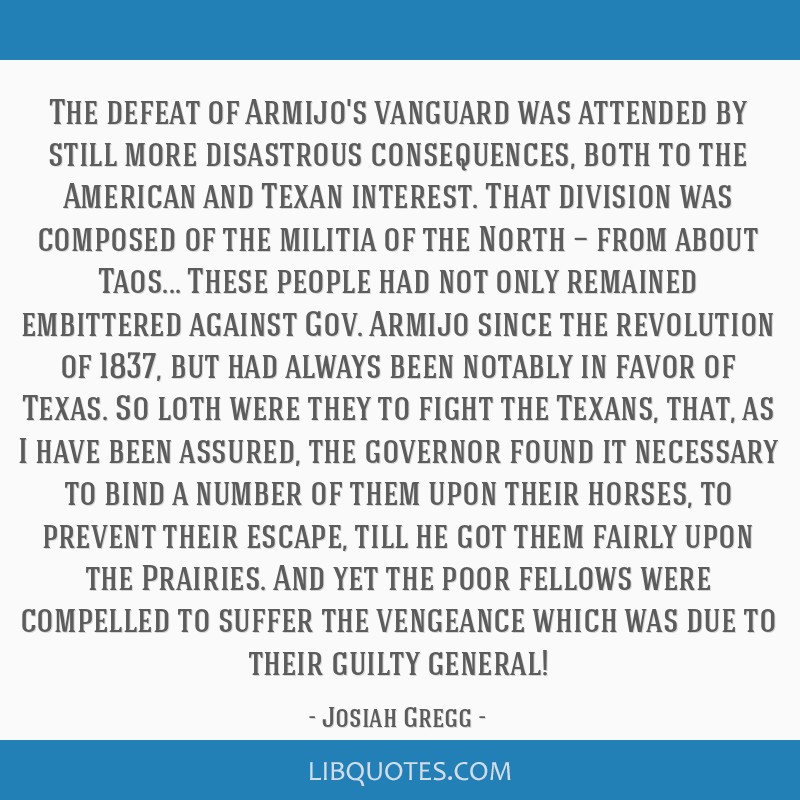 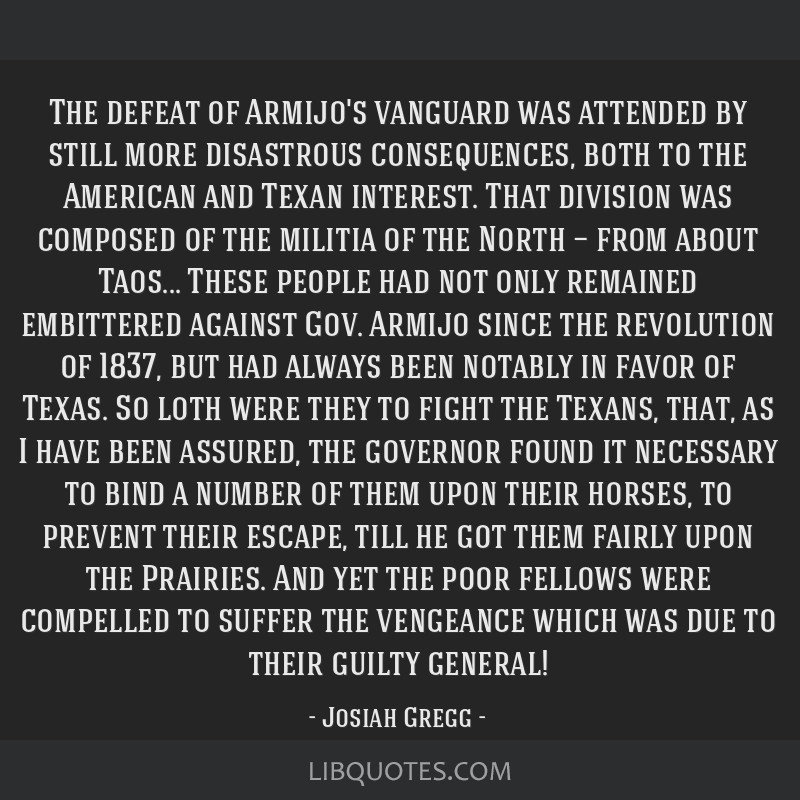