Previous to our departure we had received a promise from the war department of an escort of U. S. Dragoons, as far as the borders of the Mexican territory; but, upon sending an express to Gen. Arbuckle at Fort Gibson to that effect, we were informed that in consequence of some fresh troubles among the Cherokees, it was doubtful whether the force could be spared in time. This was certainly no very agreeable news, inasmuch as the escort would have been very serviceable in assisting to search out a track over the unexplored wilderness we had to pass. It was too late, however, to recede; and so we resolved at all hazards to pursue our journey. 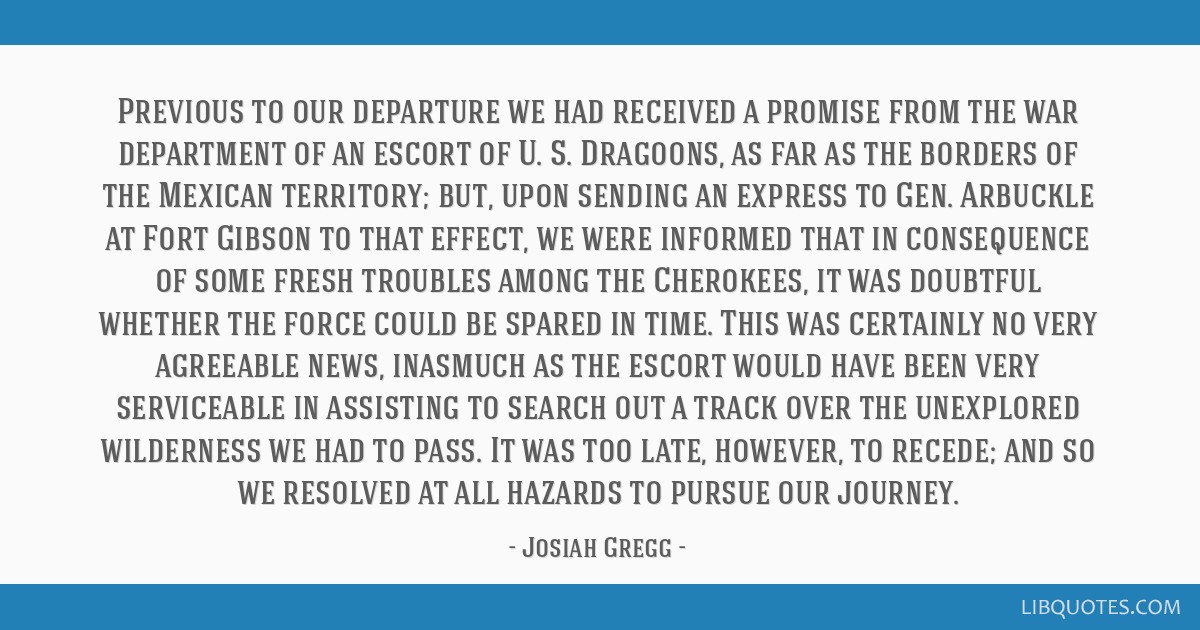 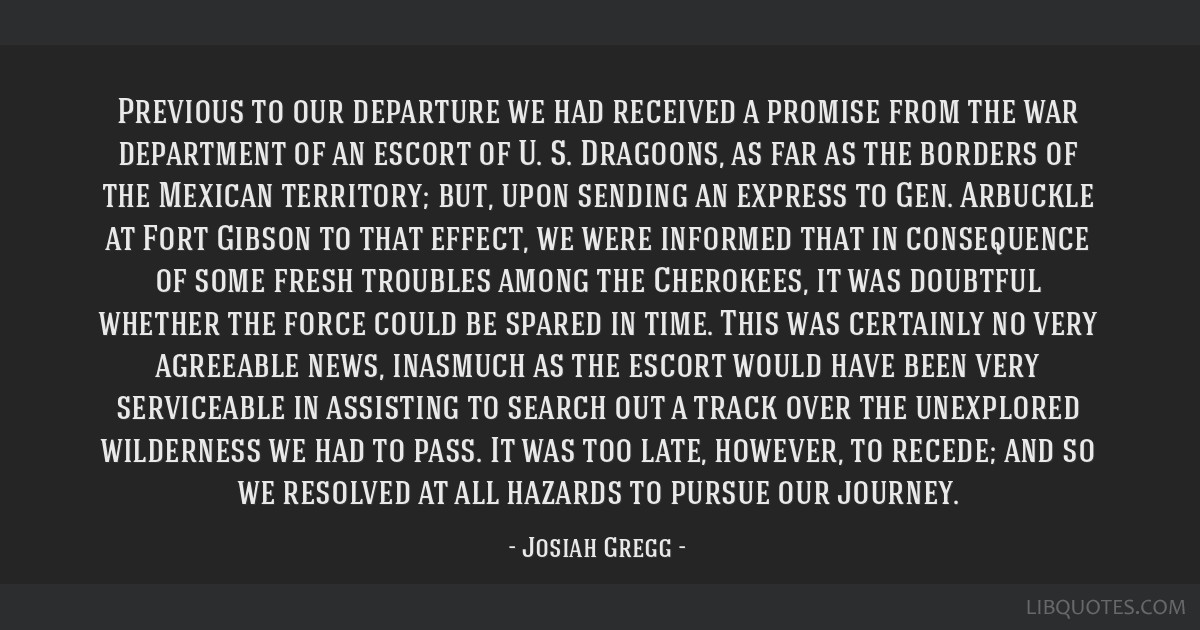 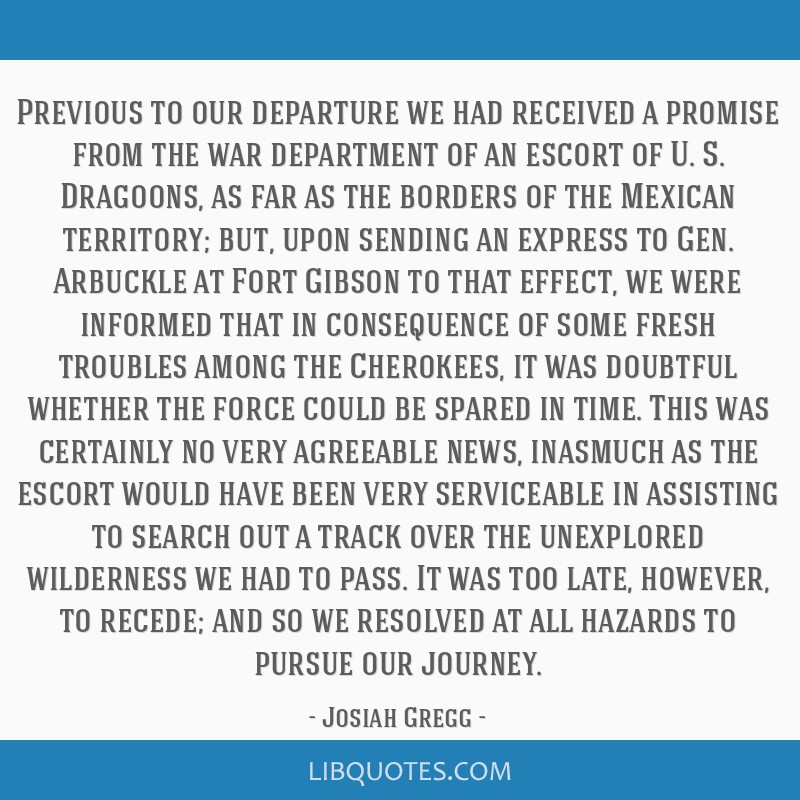 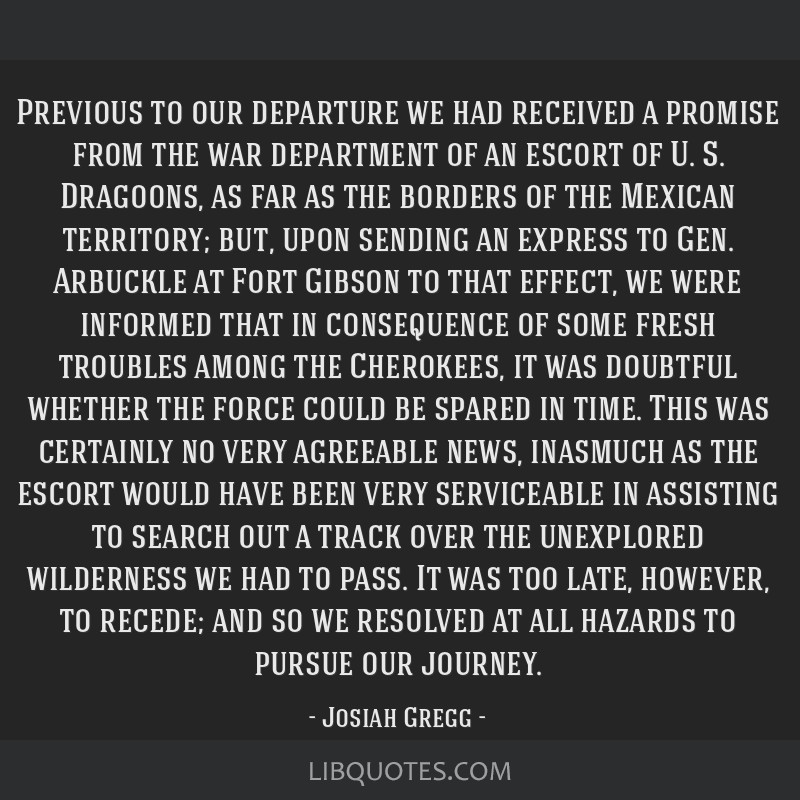