There is another consideration, which, with most men of the Prairies, operates seriously against their reconciliation to the habits of civilized life.... a long absence from such society generally obliterates from their minds most of those common laws of social intercourse, which are so necessary to the man of the world. The awkwardness and the gaucheries which ignorance of their details so often involves, are very trying to all men of sensitive temperaments. Consequently, multitudes rush back to the Prairies, merely to escape those criticisms and that ridicule, which they know not how to disarm. 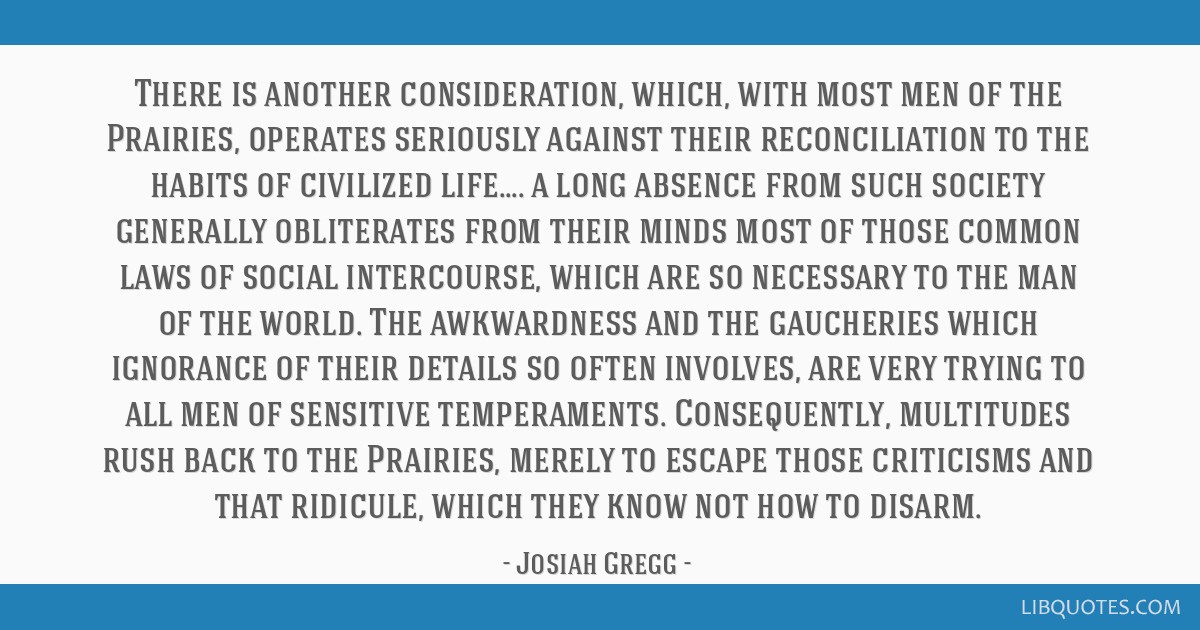 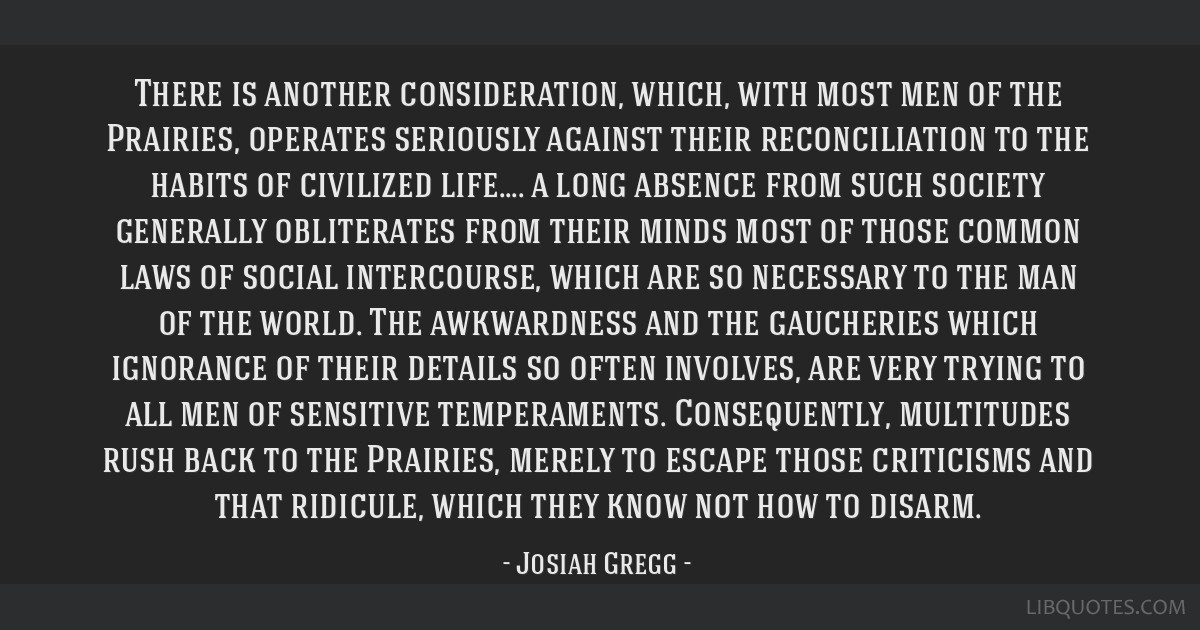 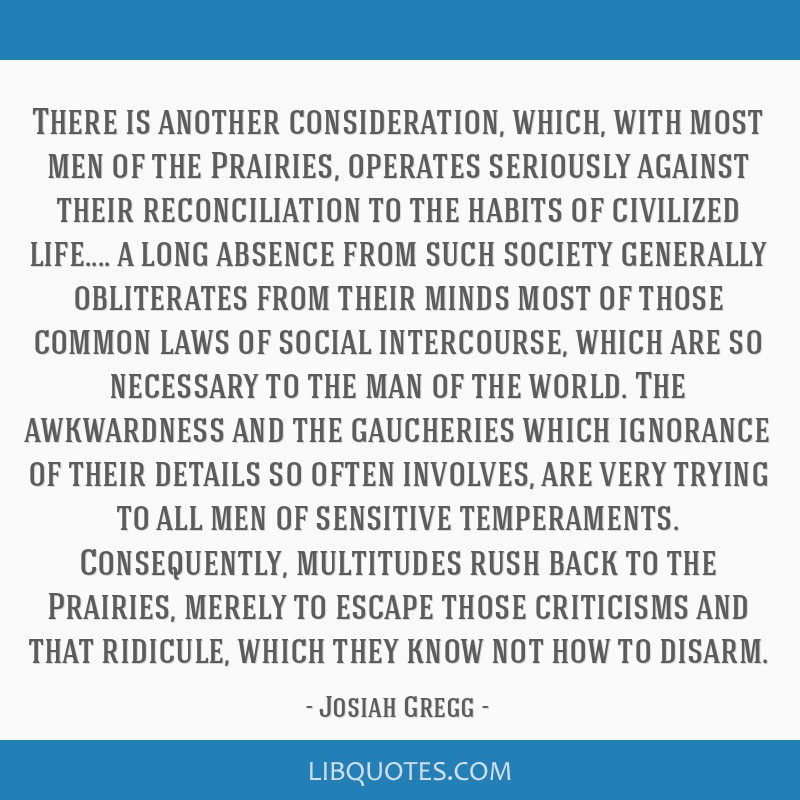 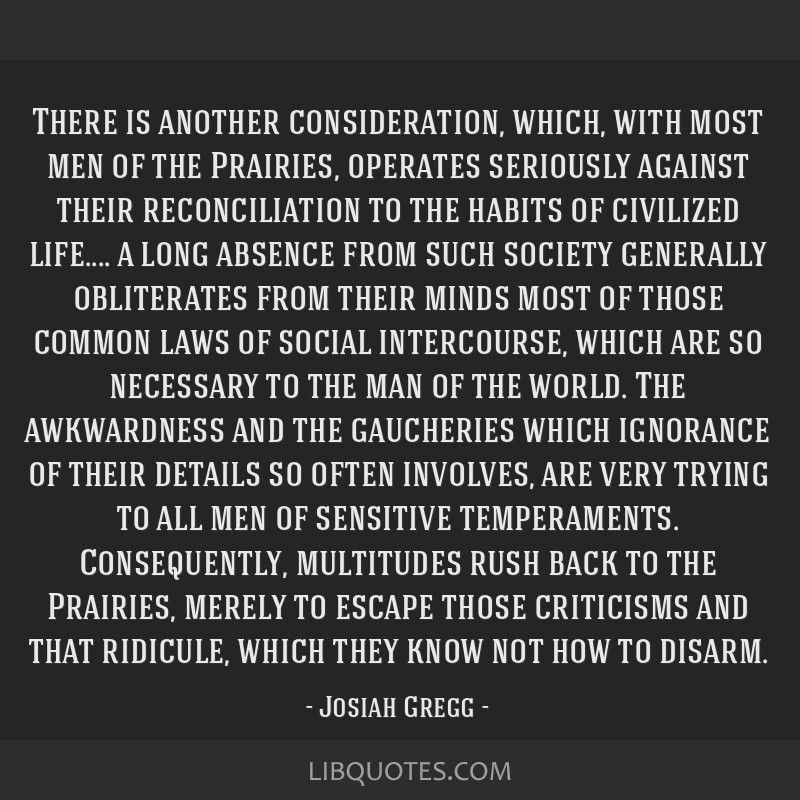