Those whom God wishes to show true favour
He sends out into the great wide world. 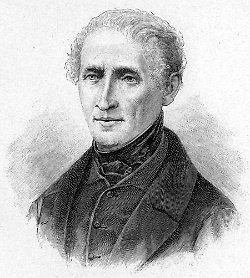