You [Albanians] are a separate people, just like the Persians and the Arabs, who have the same religion as the Turks. Your ancestors existed before the Romans and the Turks. Religion has nothing to do with nationality and statehood… the question of religious beliefs must be kept well in mind, must be handled with great care, because the religious feelings of the people must not be offended. These feelings have been cultivated in the people for many centuries, and great patience is called for on this question, because the stand towards it is important for the compactness and unity of the people. 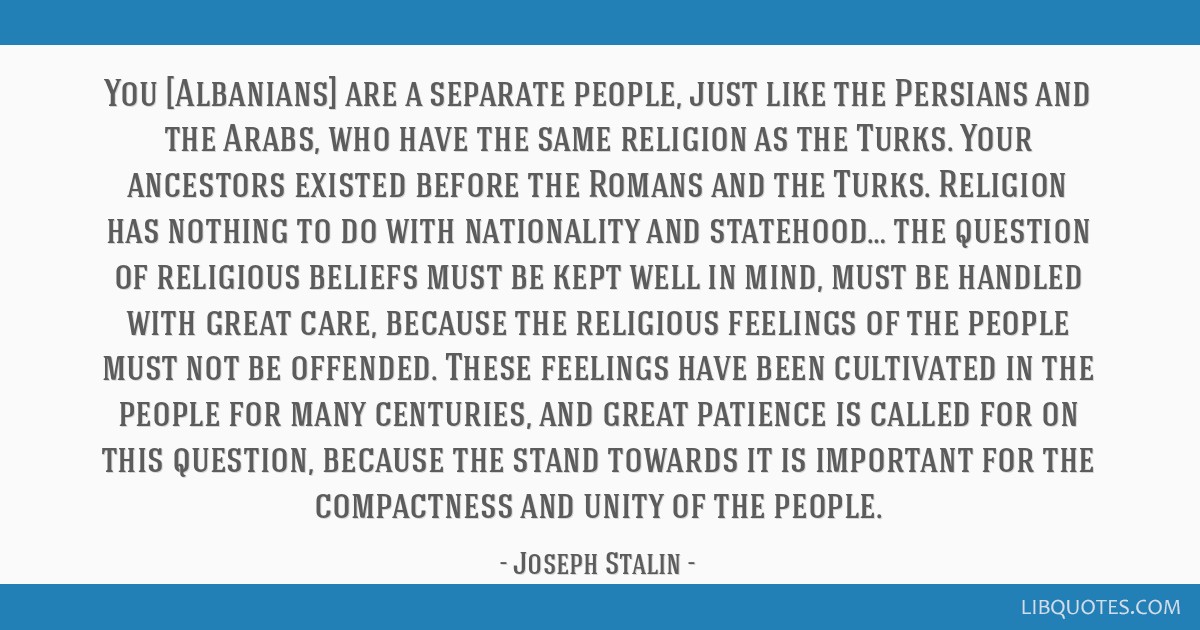 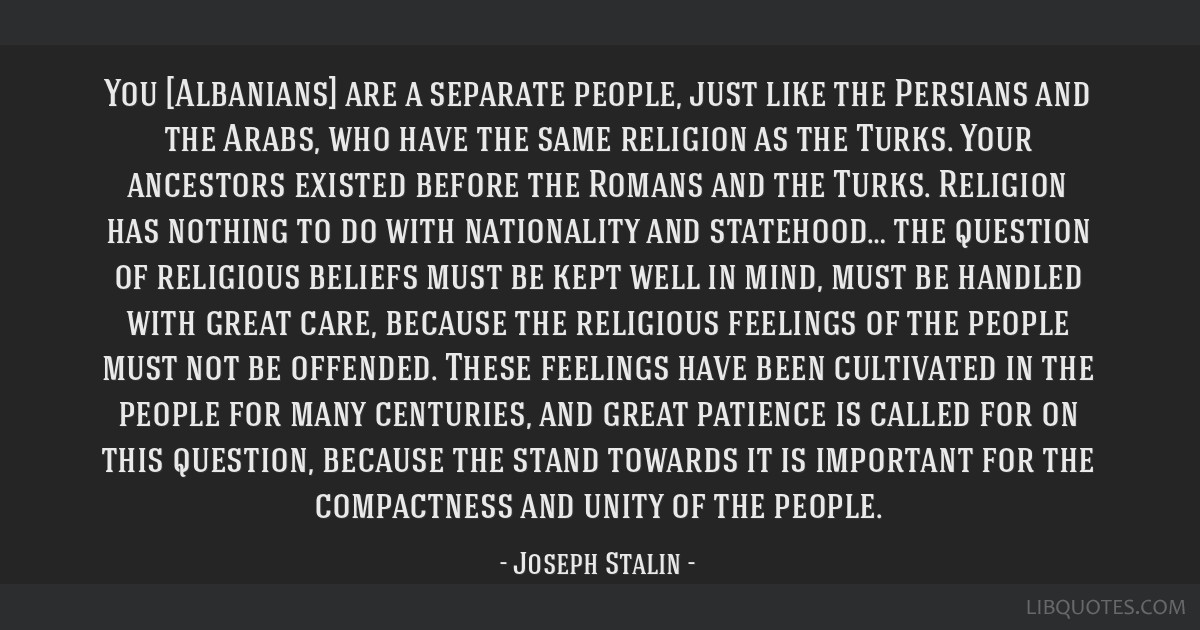 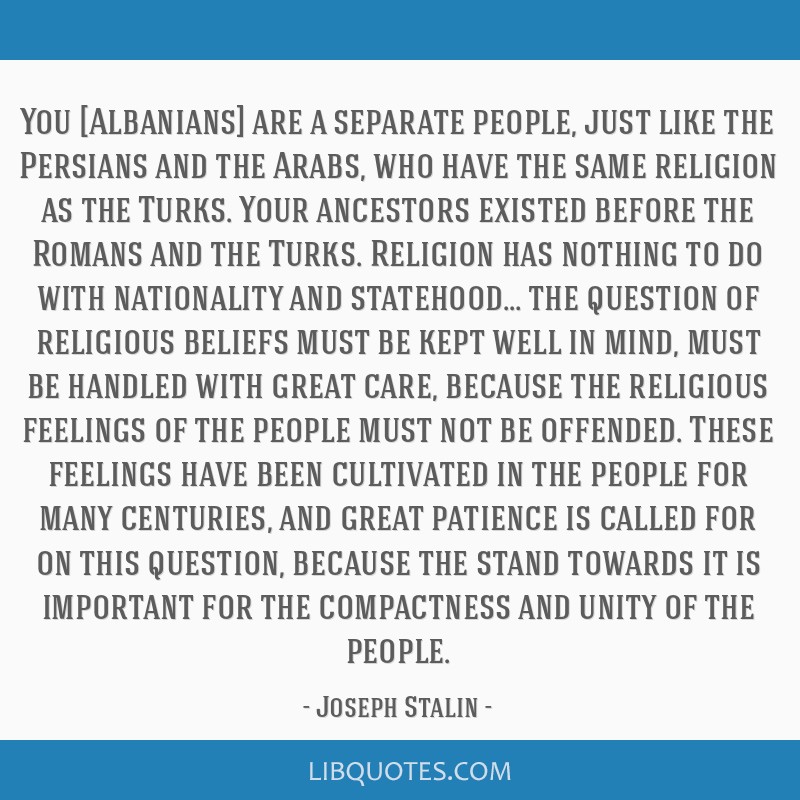 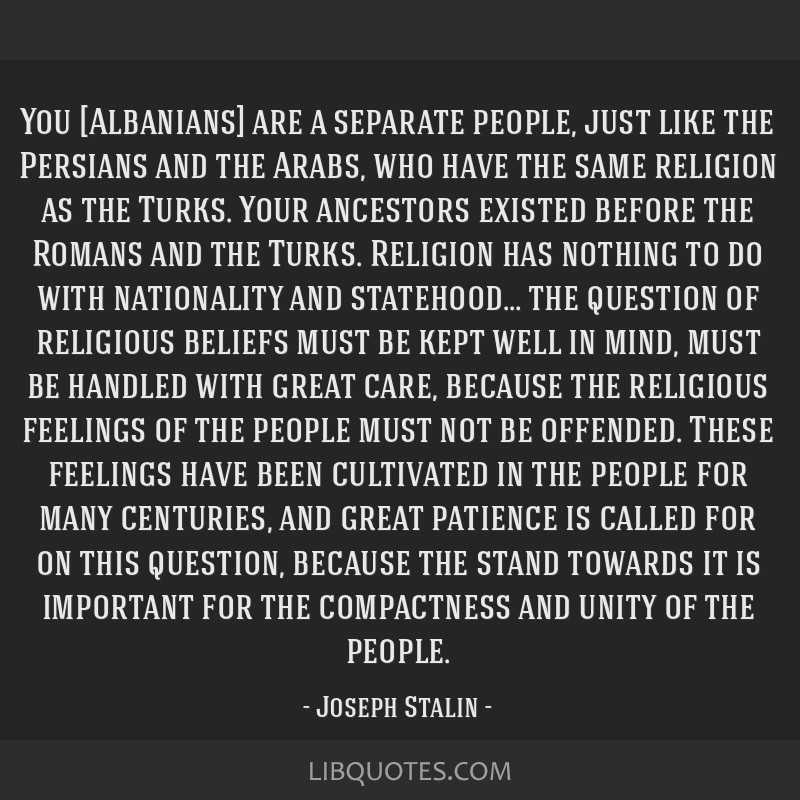 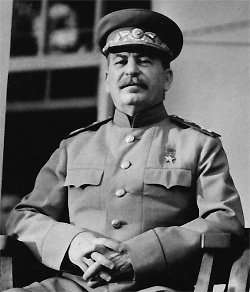