When we inquire about the general forms of economic phenomena, about their uniformities, or about a key to understanding them, we ipso facto indicate that we wish at that moment to consider them as something to be investigated, to be sought for, as the unknown ; and that we wish to trace them to the relatively known, just as any science deals with its object of inquiry.

The Theory of Economic Development (1934) - Ch. 1 : The Circular Flow of Economic Life as Conditioned by Given Circumstances 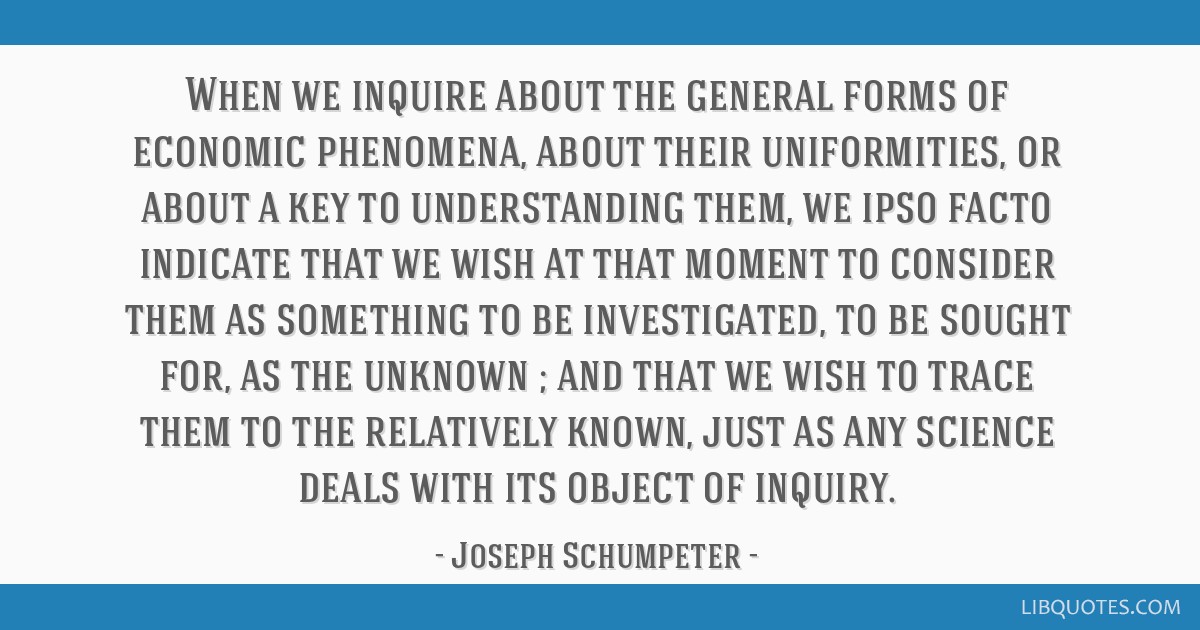 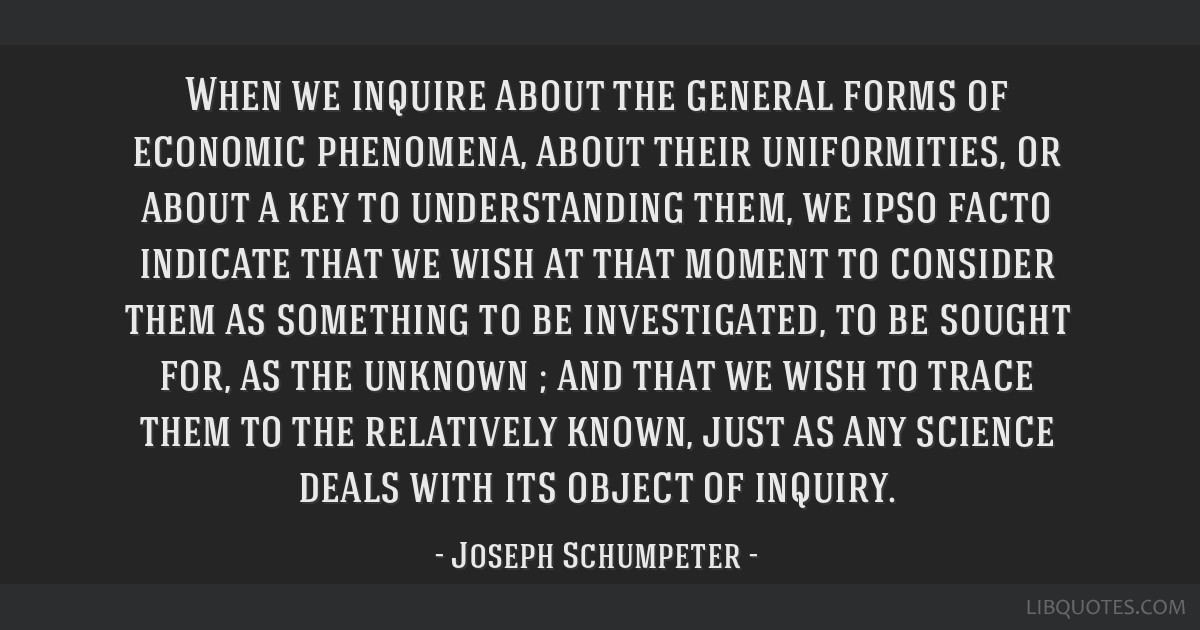 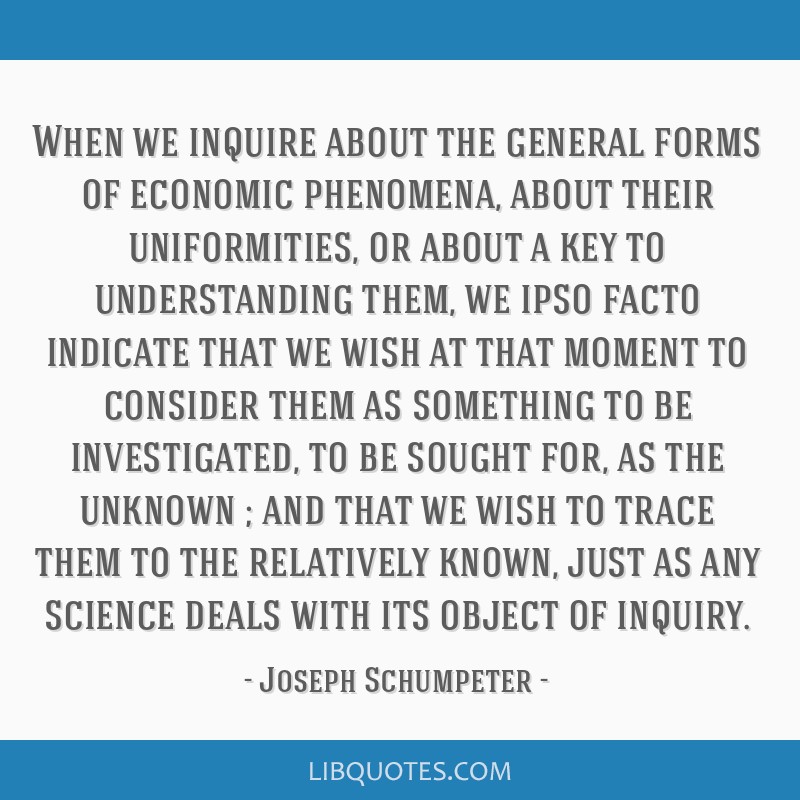 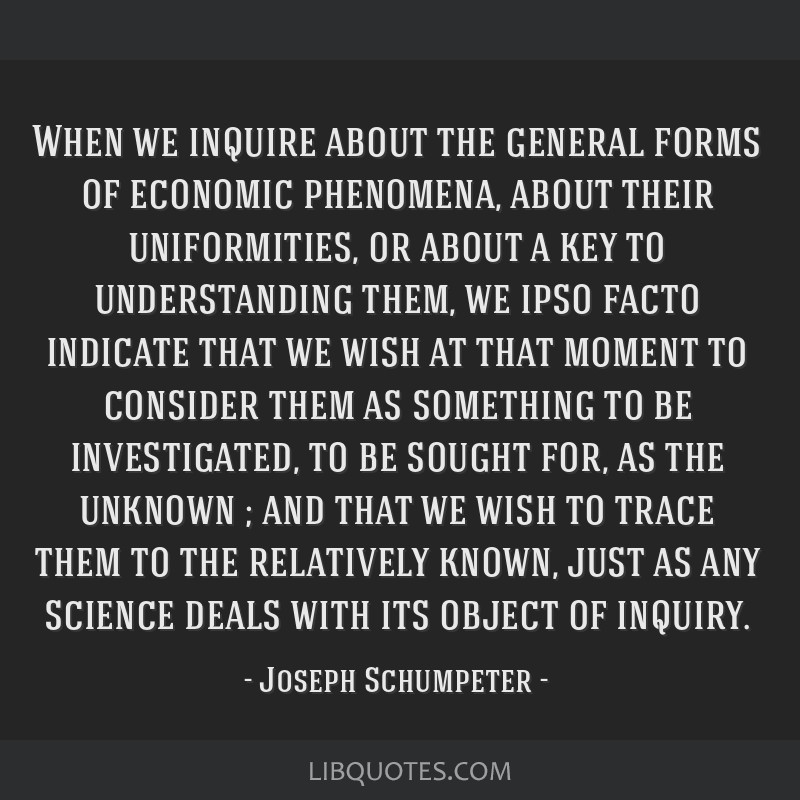 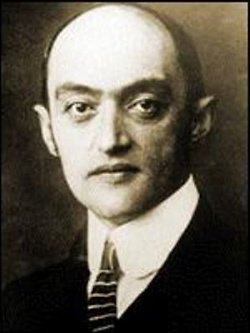