Learning and talents, have ever commanded the respect and the admiration of mankind. In the dawn of science, indeed, the inventors of the useful arts were deified by those to whom they became benefactors by their discoveries; and the skilful in agriculture, were considered as super-human.

In: John Corry, The Life of Joseph Priestly (p. 9) 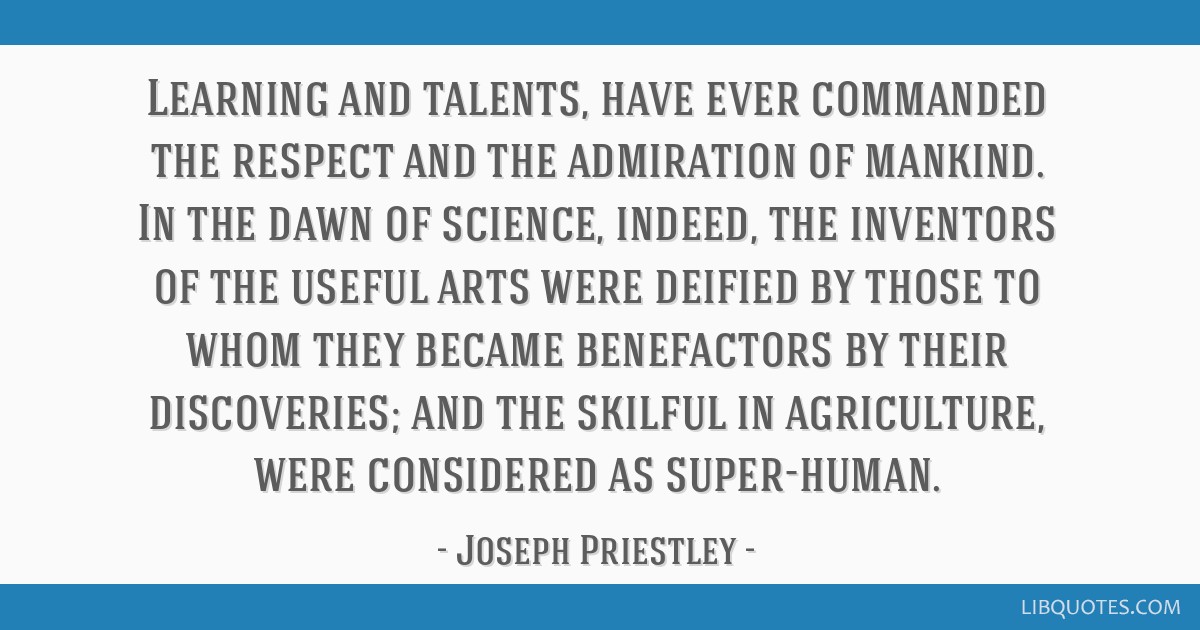 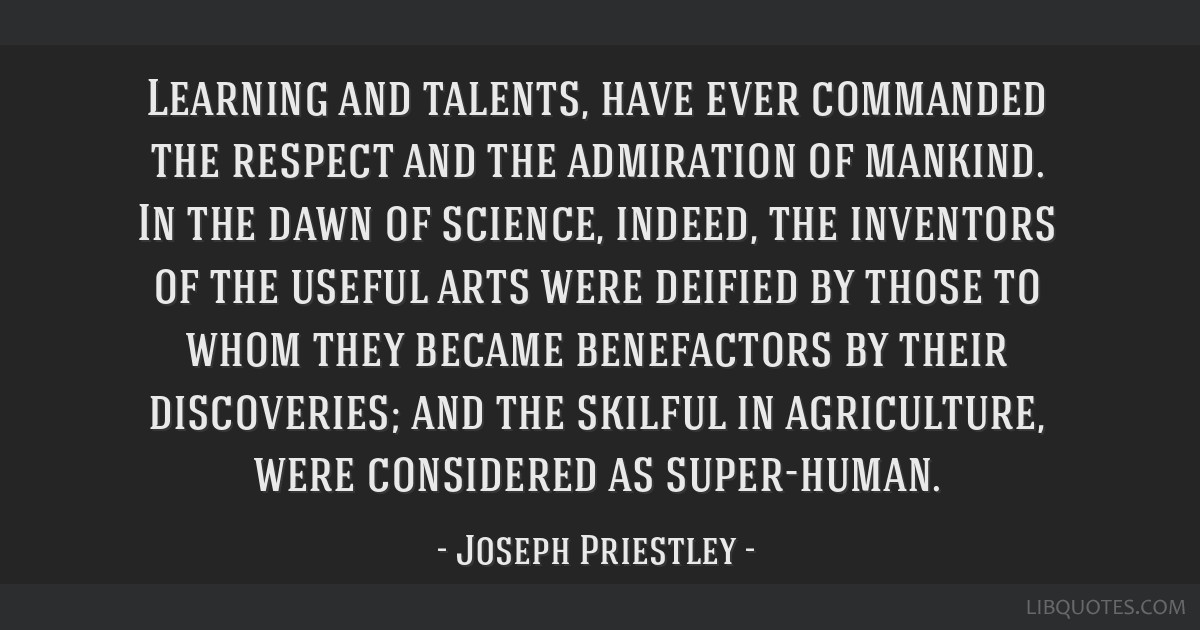 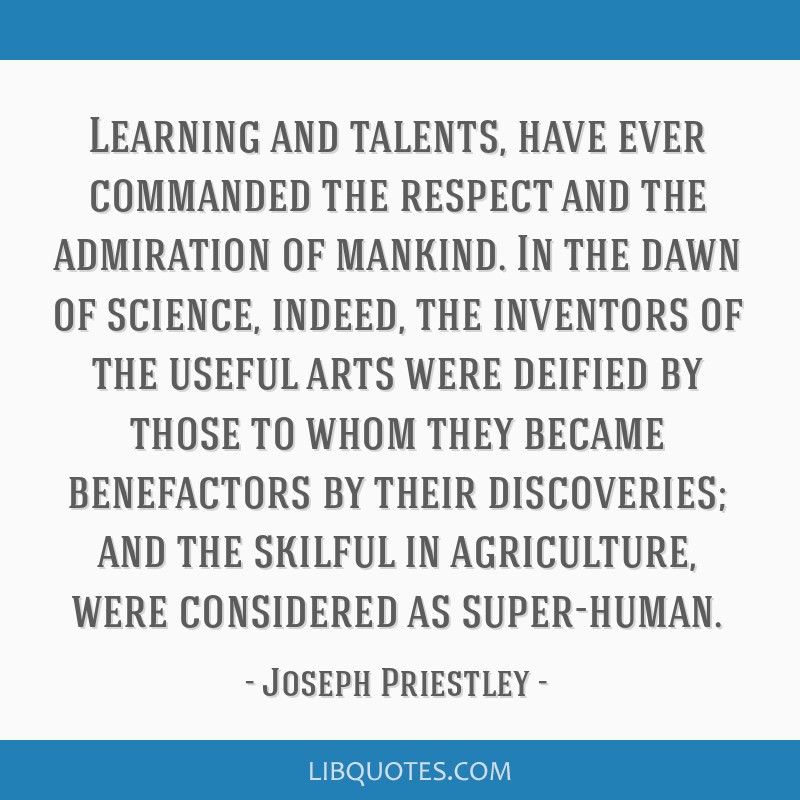 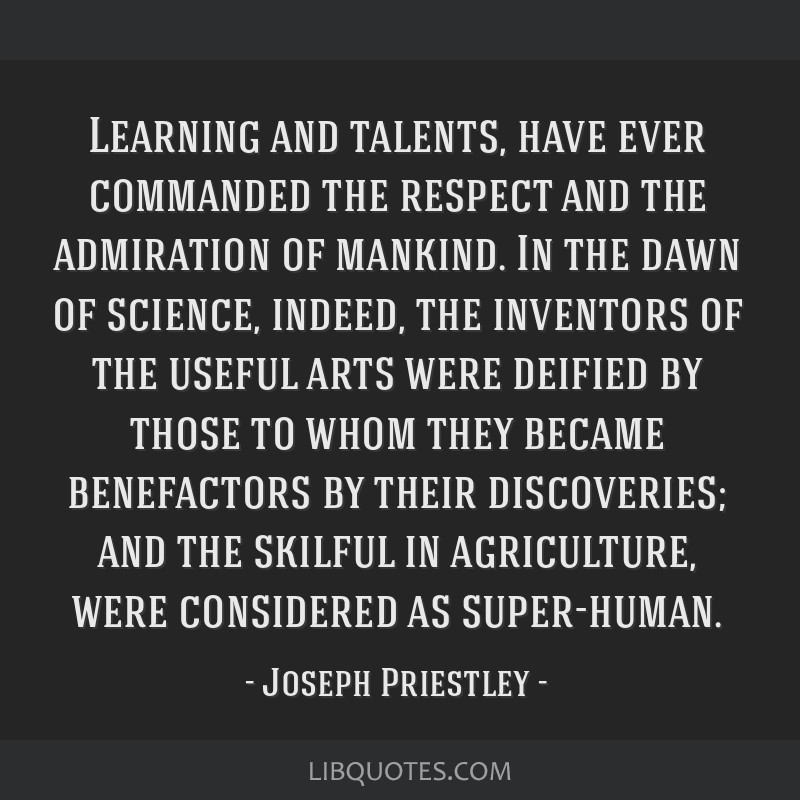 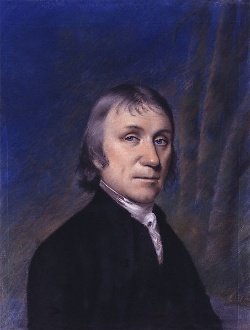