You can not have omelettes without breaking eggs; you can not destroy the practises of barbarism, of slavery, of superstition, which for centuries have desolated the interior of Africa, without the use of force; but if you will fairly contrast the gain to humanity with the price which we are bound to pay for it, I think you may well rejoice in the result of such expeditions as those which have recently been conducted with such signal success in Nyassaland, Ashanti, Benin, and Nupé—expeditions which may have, and indeed have, cost valuable lives, but as to which we may rest assured that for one life lost a hundred will be gained, and the cause of civilization and the prosperity of the people will in the long run be eminently advanced.

The True Conception of Empire, 31 March 1897. Speech given to the Royal Colonial Institute. 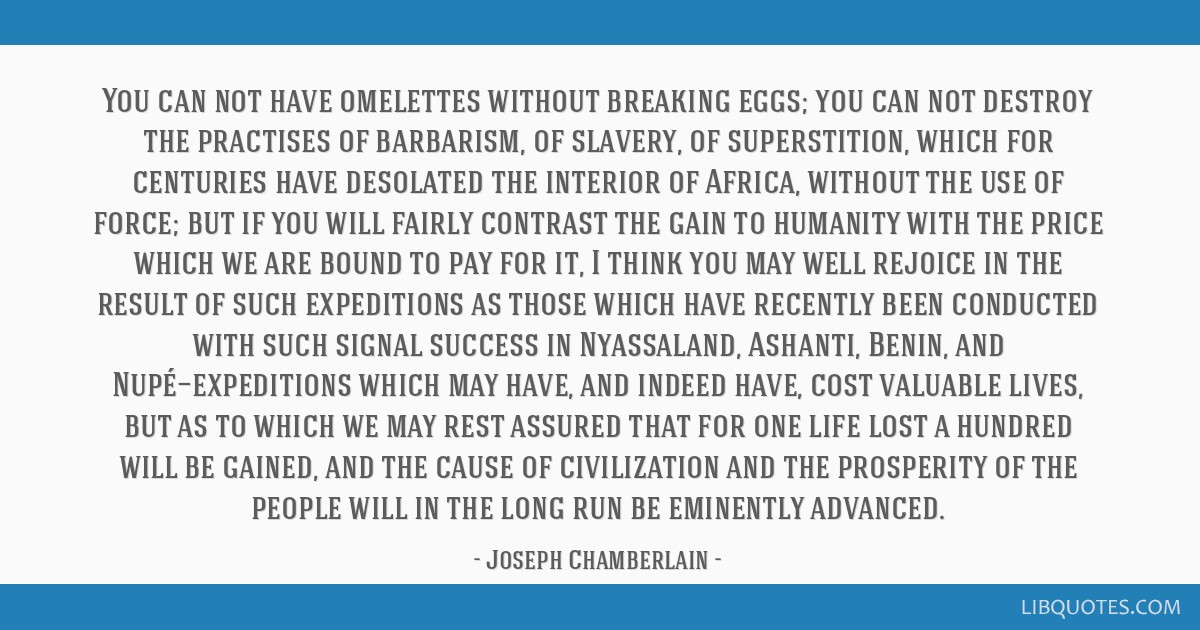 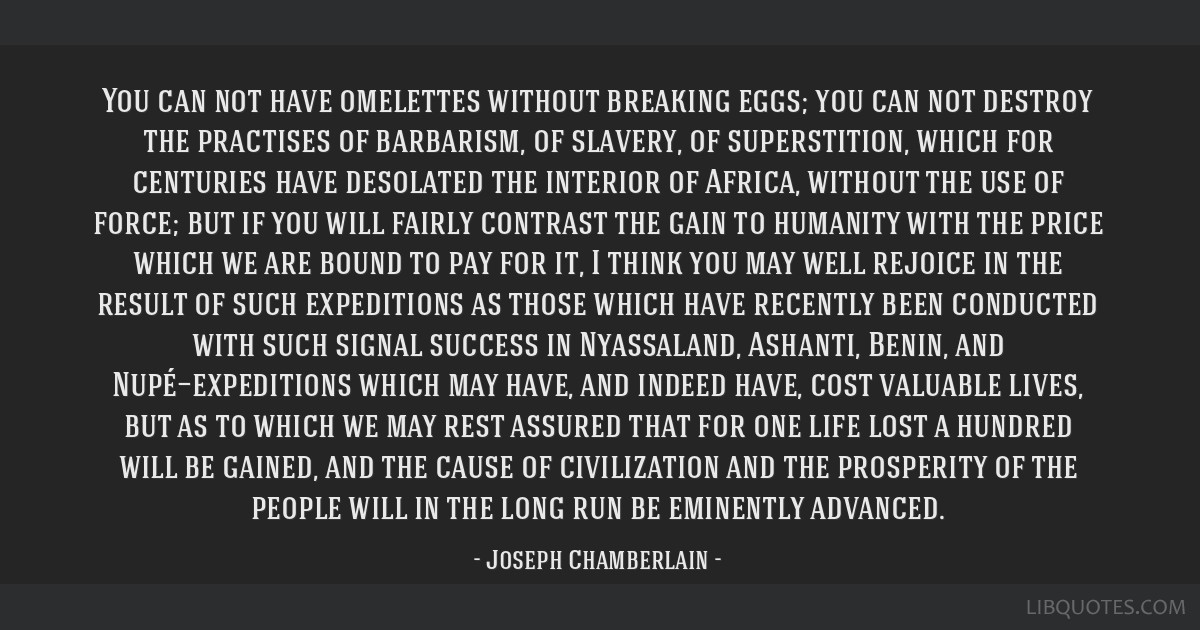 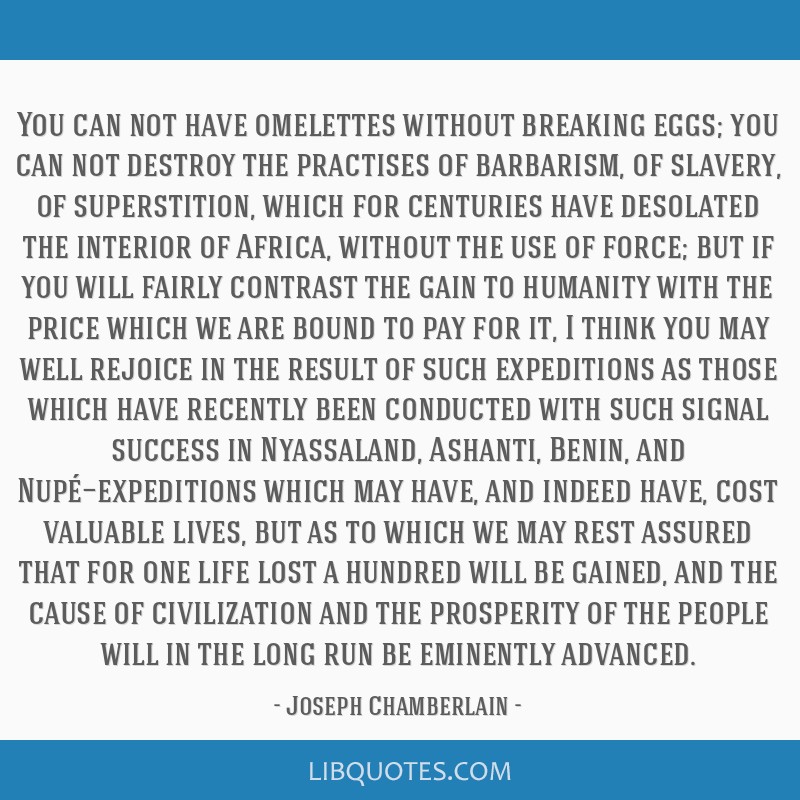 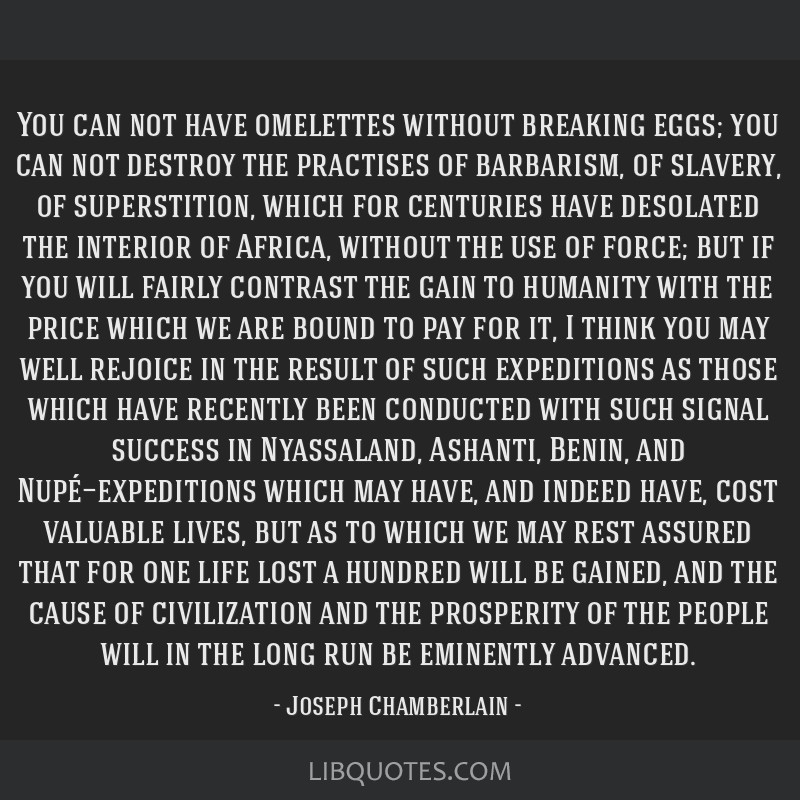 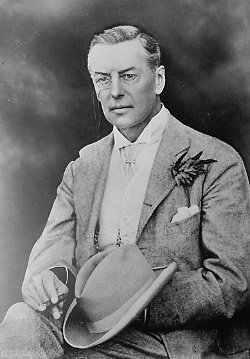