Like every writer, he measured the virtues of other writers by their performance, and asked that they measure him by what he conjectured or planned.

"The Secret Miracle"; Variant: Like all writers, he measured the achievements of others by what they had accomplished, asking of them that they measure him by what he envisaged or planned. - Ficciones (1944) 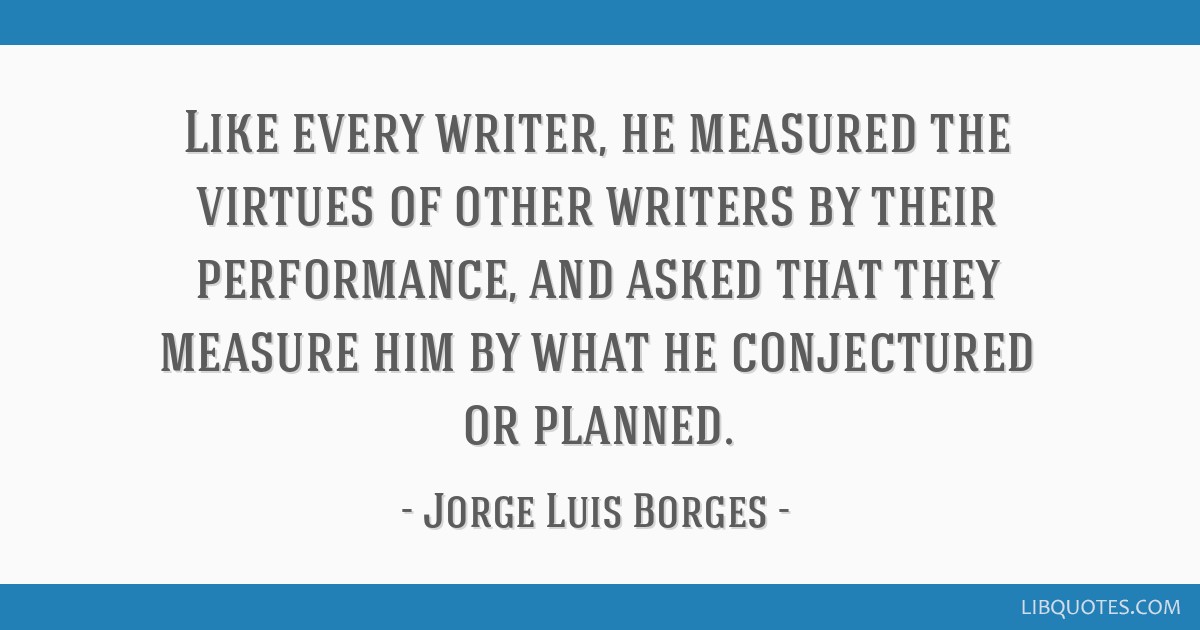 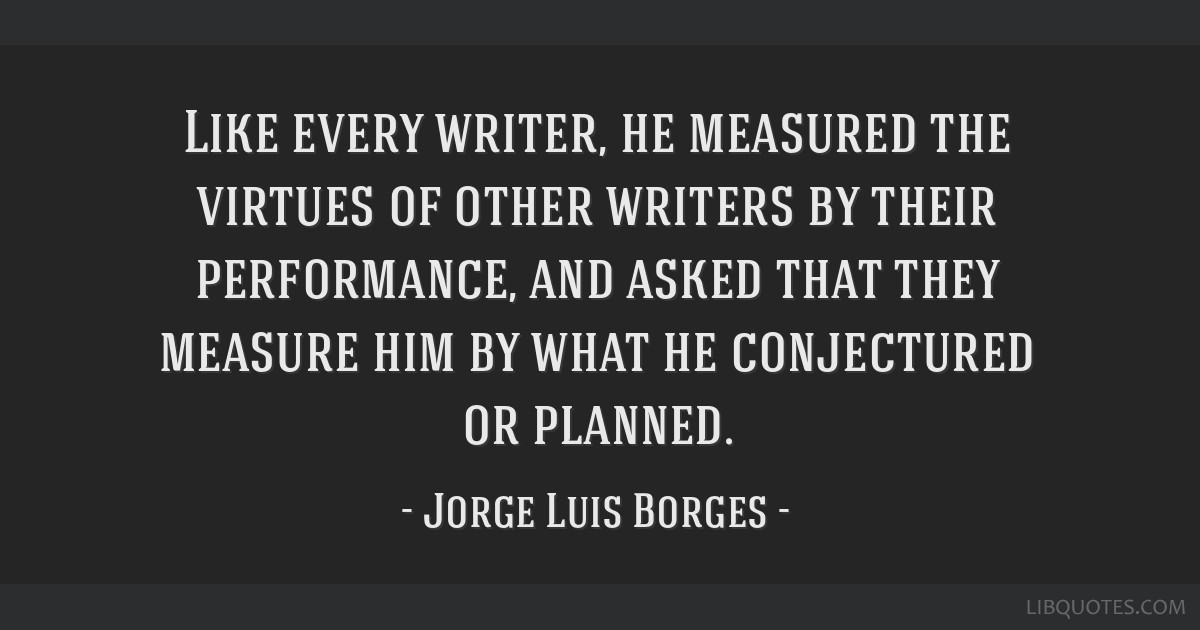 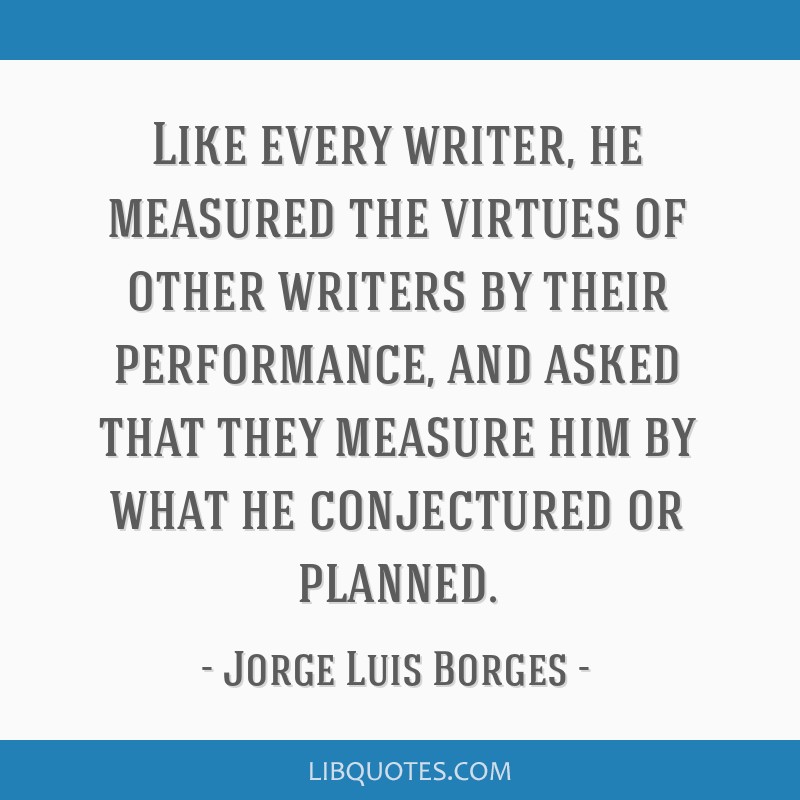 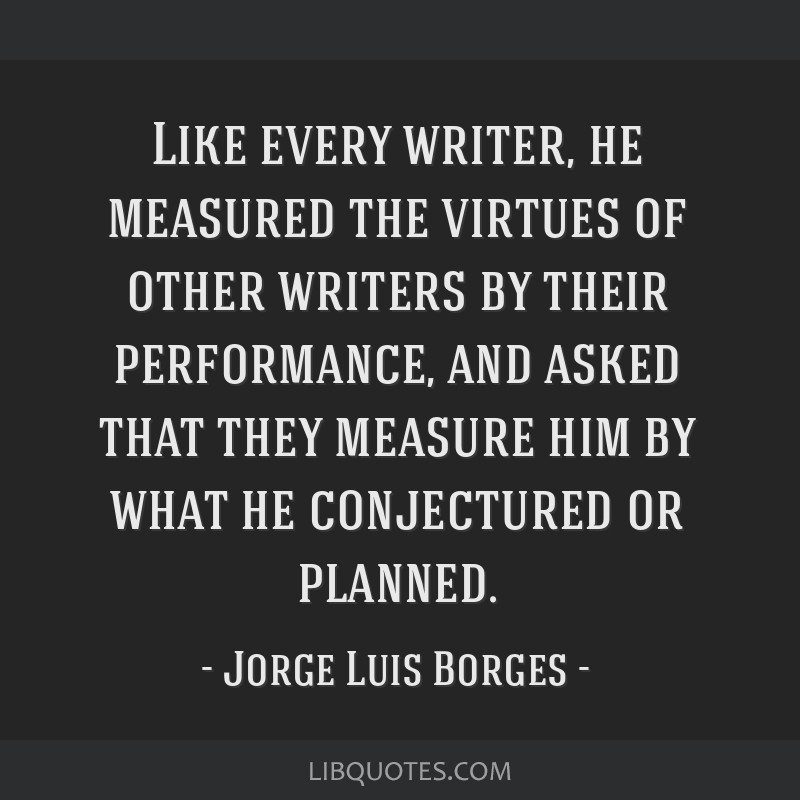 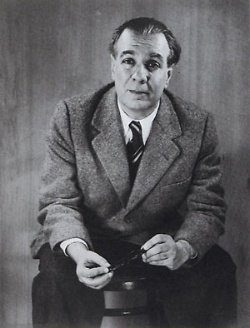