This brings me back to the image of Kafka standing before a fish in the Berlin aquarium, a fish on which his gaze fell in a newly found peace after he decided not to eat animals. Kafka recognized that fish as a member of his invisible family- not as his equal, of course, but as another being that was his concern. 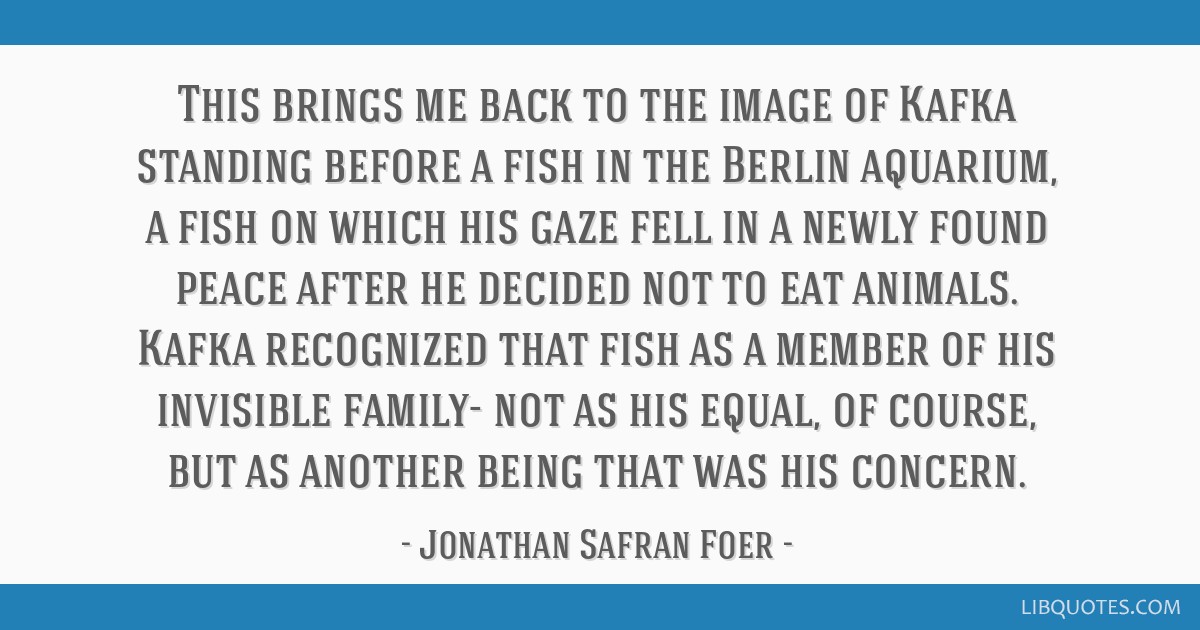 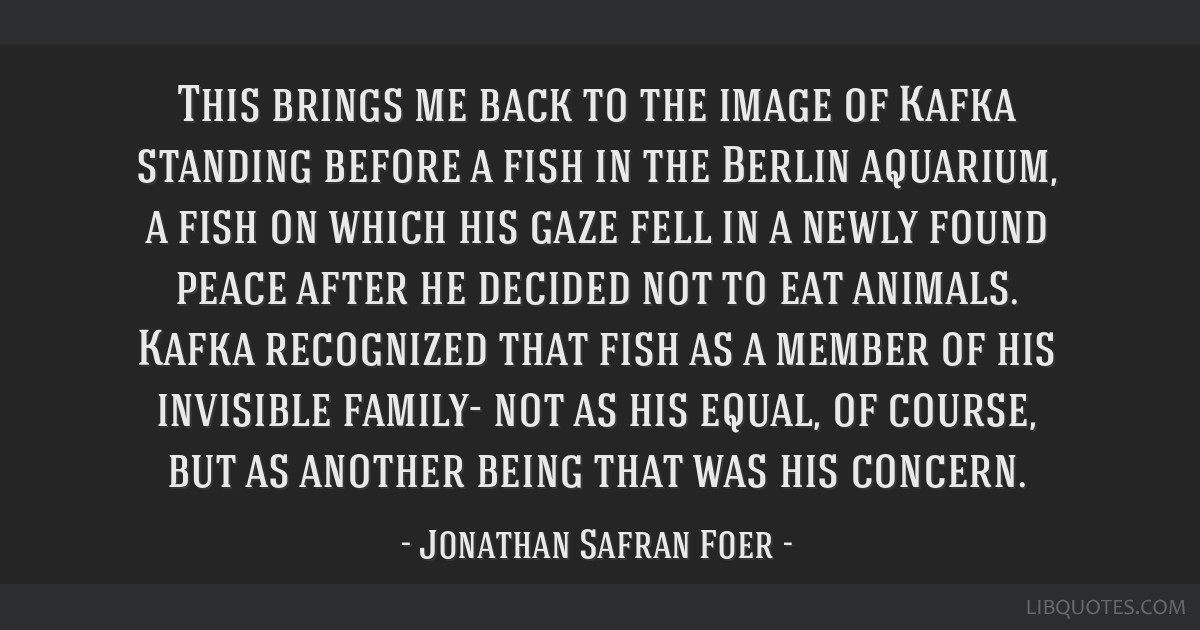 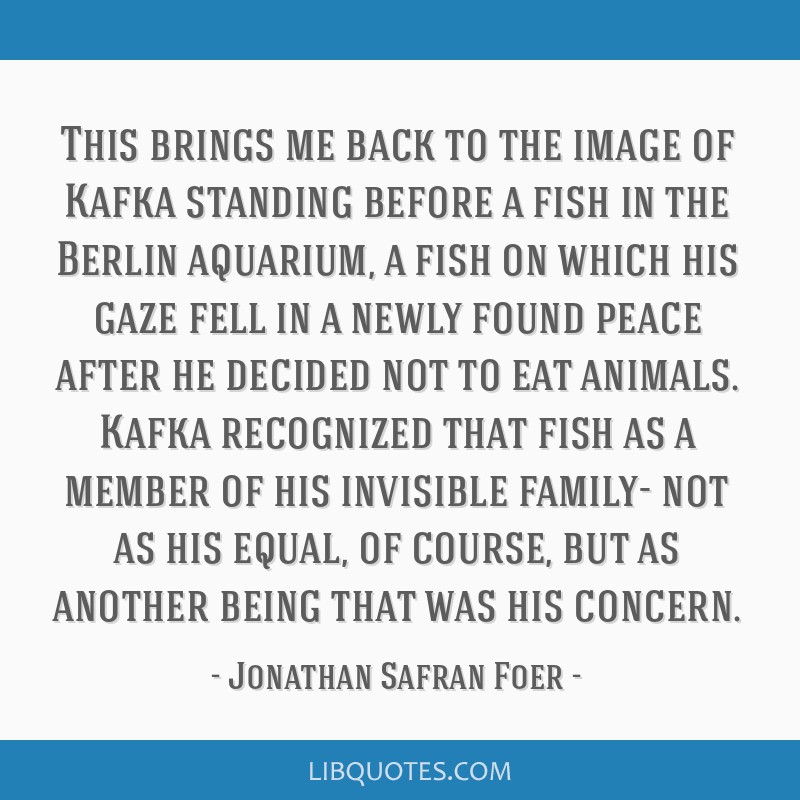 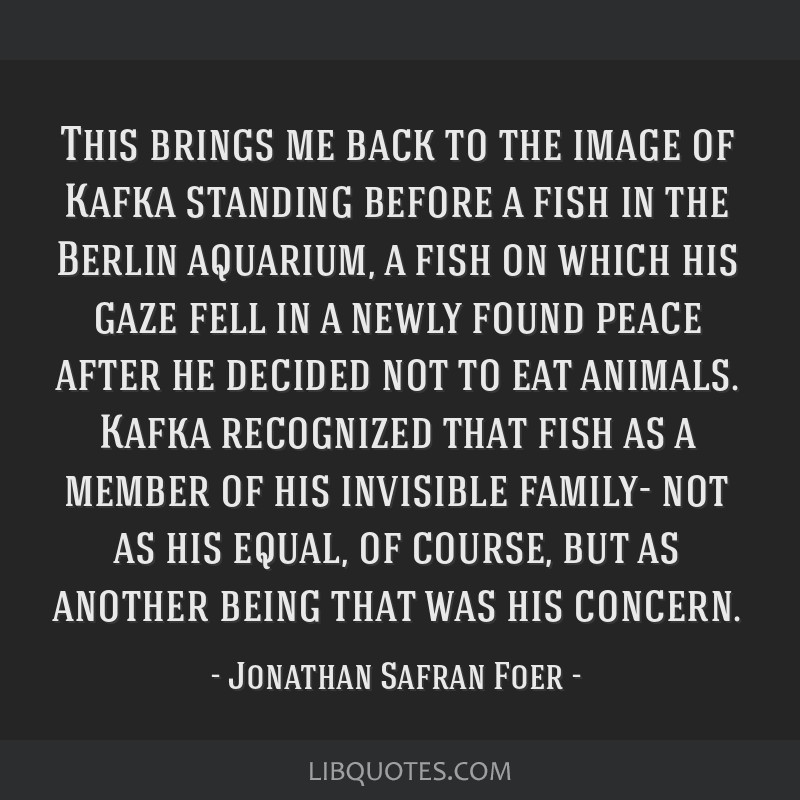 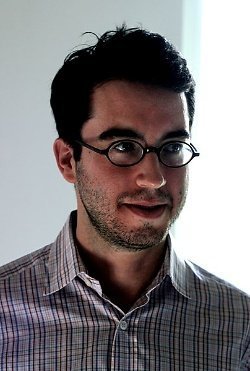