I do not now pretend to define justifying faith, or to determine precisely how much is contained in it, but only to determine thus much concerning it, viz. That it is that by which the soul, which before was separate and alienated from Christ, unites itself to him, or ceases to be any longer in that state of alienation, and comes into that forementioned union or relation to him; or to use the scripture phrase, it is that by which the soul comes to Christ, and receives him; and this is evident by the Scriptures using these very expressions to signify faith. John vi. 35-39. 'He that cometh to me, shall never hunger; and he that believeth on me, shall never thirst...'

Edwards later writes in this sermon... "The entire active uniting of the soul, or the whole of what is called coming to Christ, and receiving of him, is called faith in Scripture..." - Justification By Faith Alone (1738) 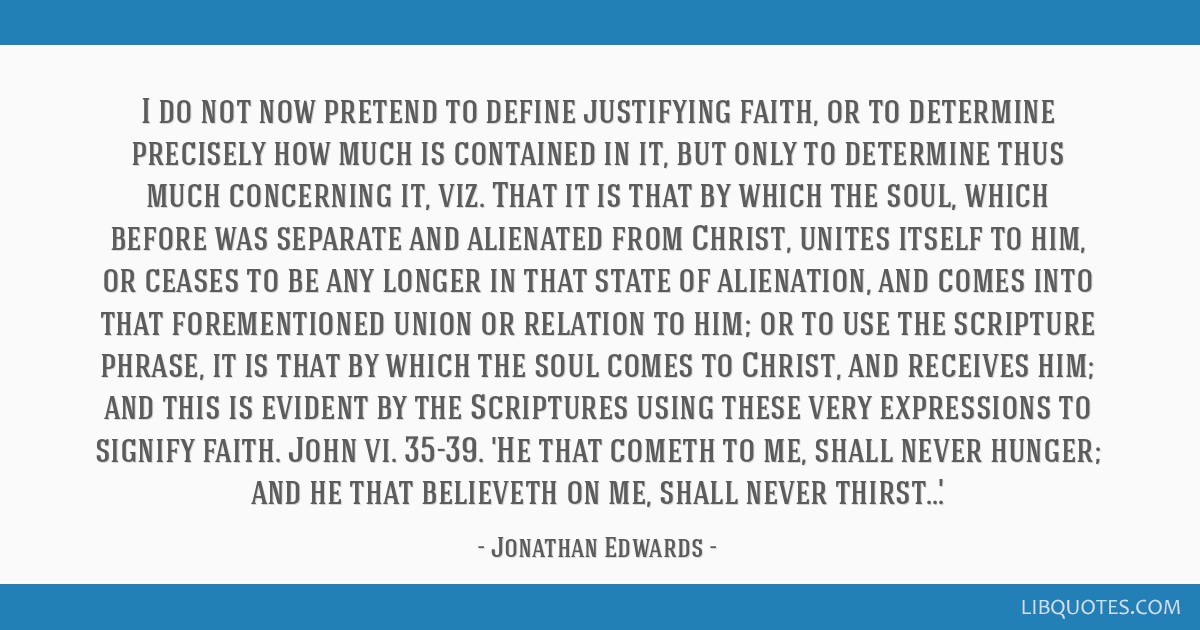 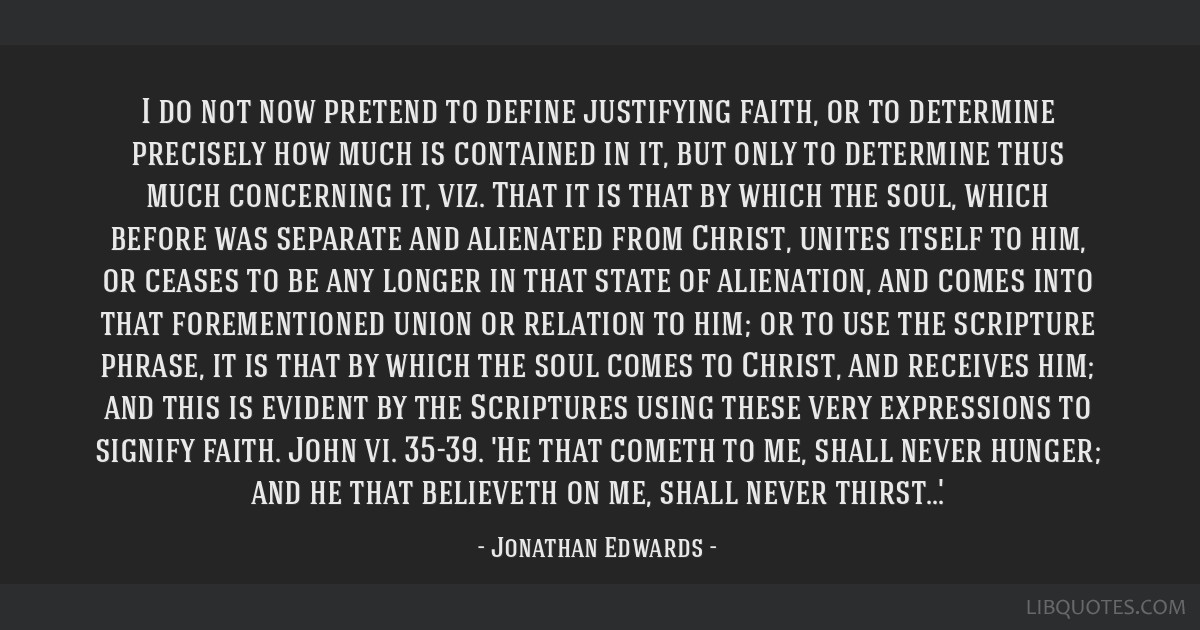 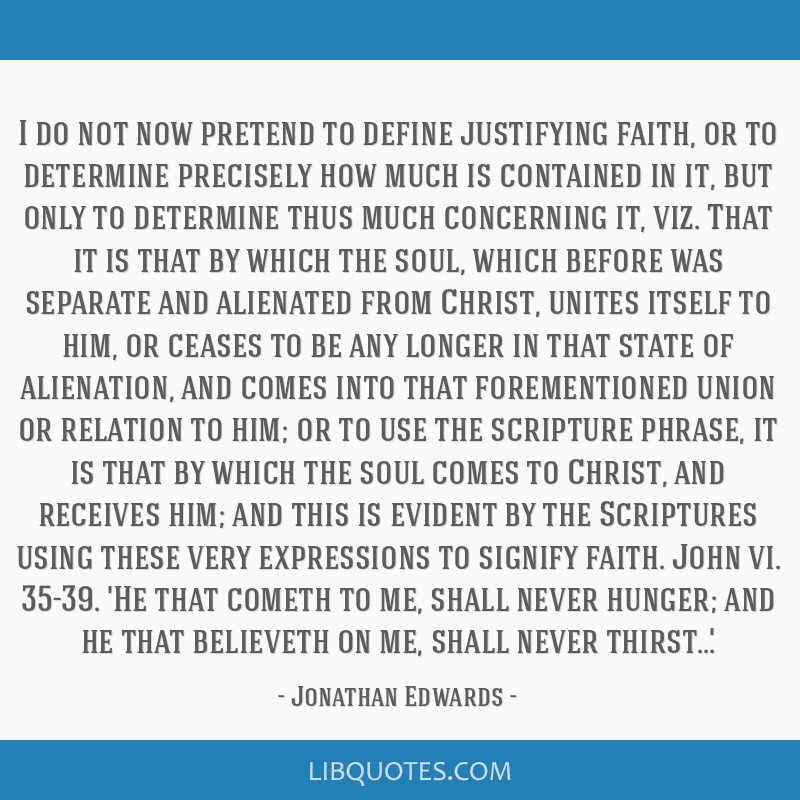 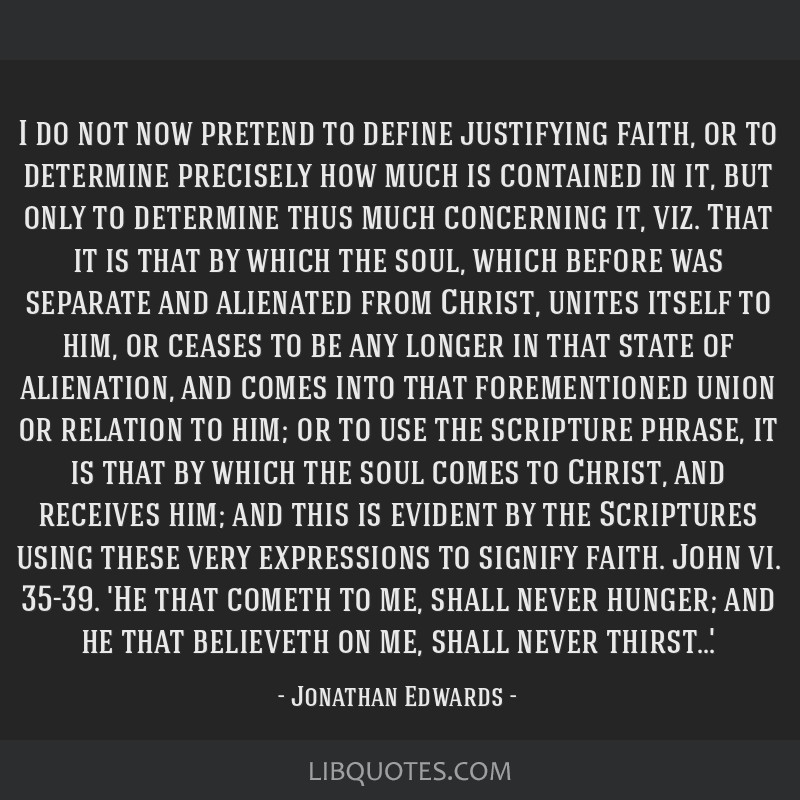