The idea that reason requires an impartial treatment of individuals corresponds to well-known principles. To resolve the questions of distributive justice, Leibniz proposes the following maxim: Put your self in the place of everyone. In recent theories, this amounts to saying that the choice of a just organization of society must take place behind a veil of ignorance, an idea that can be interpreted in several ways. For utilitarianism, each individual must count as one, and none as more than one. For John Rawls, we have to choose the form of society that favors the least advantaged, whoever they might be. Another impartial idea is that of universal rights, embodied in the two declarations of 1776 and 1789. 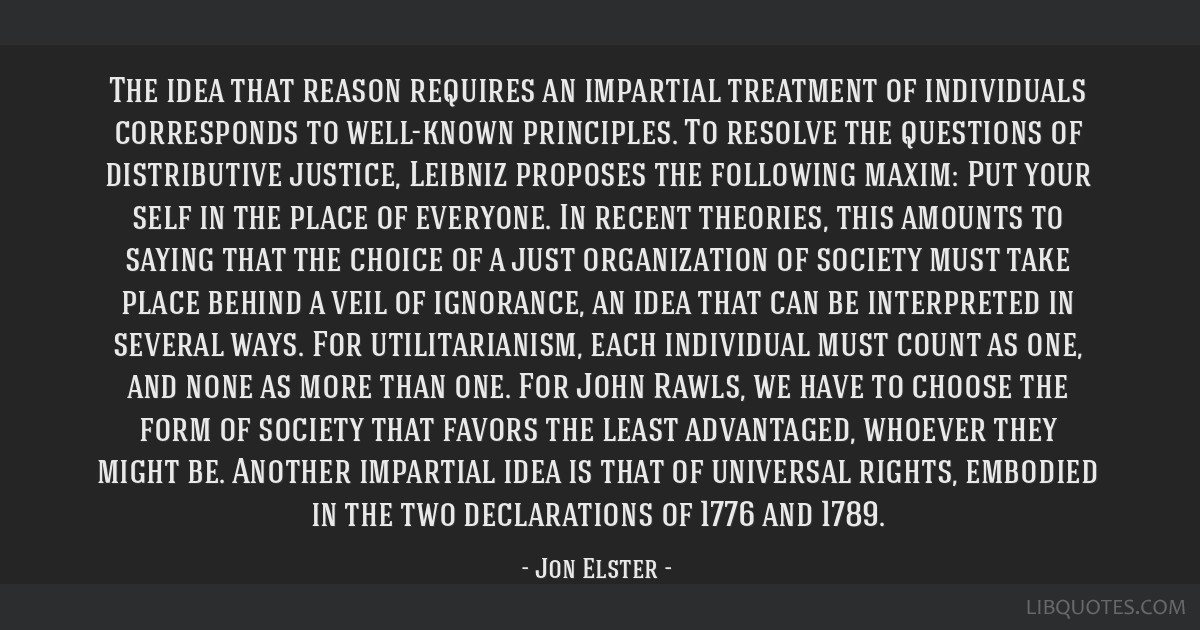 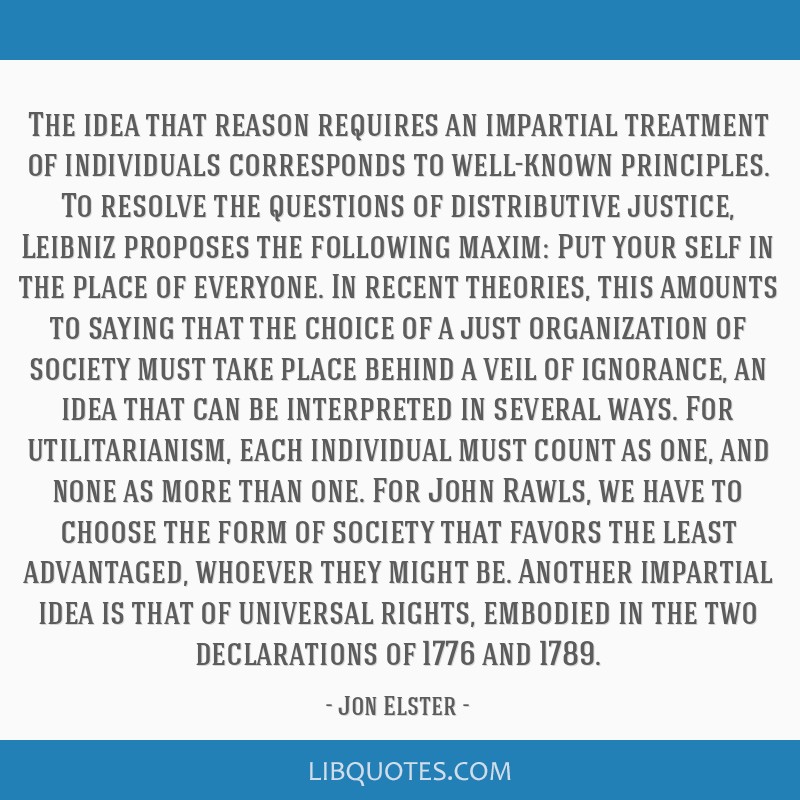 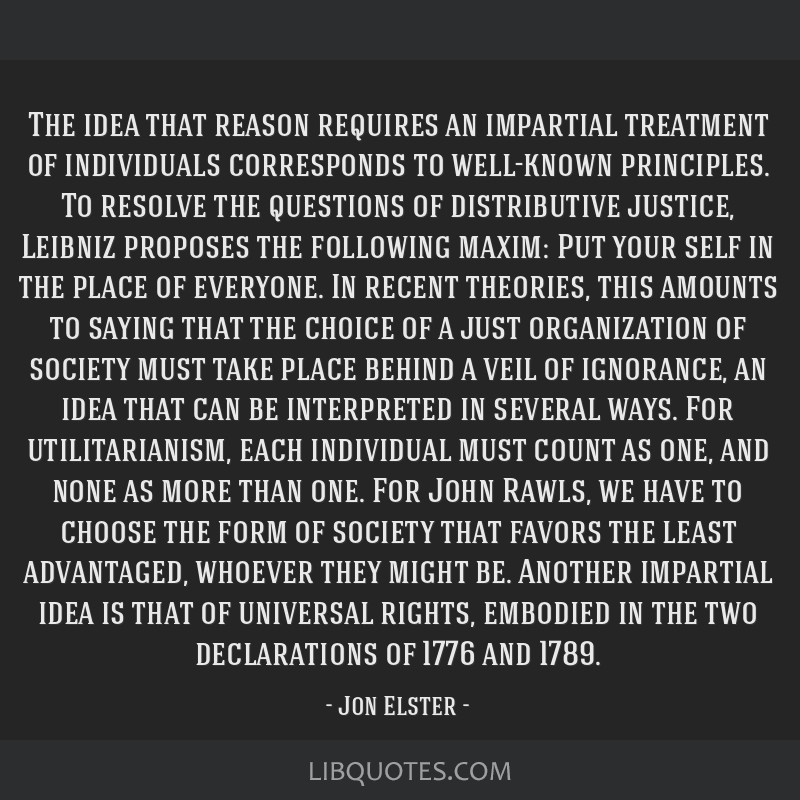