Whether its [David] Berkowitz, whether its [Ted] Bundy, whether its Williams, Wayne Williams down in Atlanta or any of the others, or Charlie Manson—I don't comment about other cases for the simple fact is that I wasn't there.

John Wayne Gacy
GG Allin is an entertainer with a message to a sick society. He makes us look at it for what we really are. The human is just another animal who is able to speak out freely, to express himself clearly. Make no mistake about it, behind what he does is a brain.

John Wayne Gacy
I would definitely not be homosexual. I have nothing against what they do and I don't deny that I've engaged in sex with males but that I'm bisexual.

John Wayne Gacy
The idea that I'm a homosexual thrill killer, that I stroll down the streets and stalk young boys and slaughter them... Hell, if you could see my schedule, my work schedule, you knew damn well that I was never out there.

John Wayne Gacy
That one mother [of victim] that gets on television all the time, who thinks I should get 33 injections, I think she ought to take 33 valiums and go lie down. 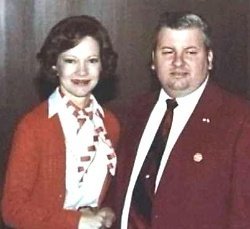