To know the quantum mechanical state of a system implies, in general, only statistical restrictions on the results of measurements. It seems interesting to ask if this statistical element be thought of as arising, as in classical statistical mechanics, because the states in question are averages over better defined states for which individually the results would be quite determined. These hypothetical 'dispersion free' states would be specified not only by the quantum mechanical state vector but also by additional 'hidden variables' - 'hidden' because if states with prescribed values of these variables could actually be prepared, quantum mechanics would be observably inadequate.

"On the problem of hidden variables in quantum mechanics". Reviews of Modern Physics (1966) 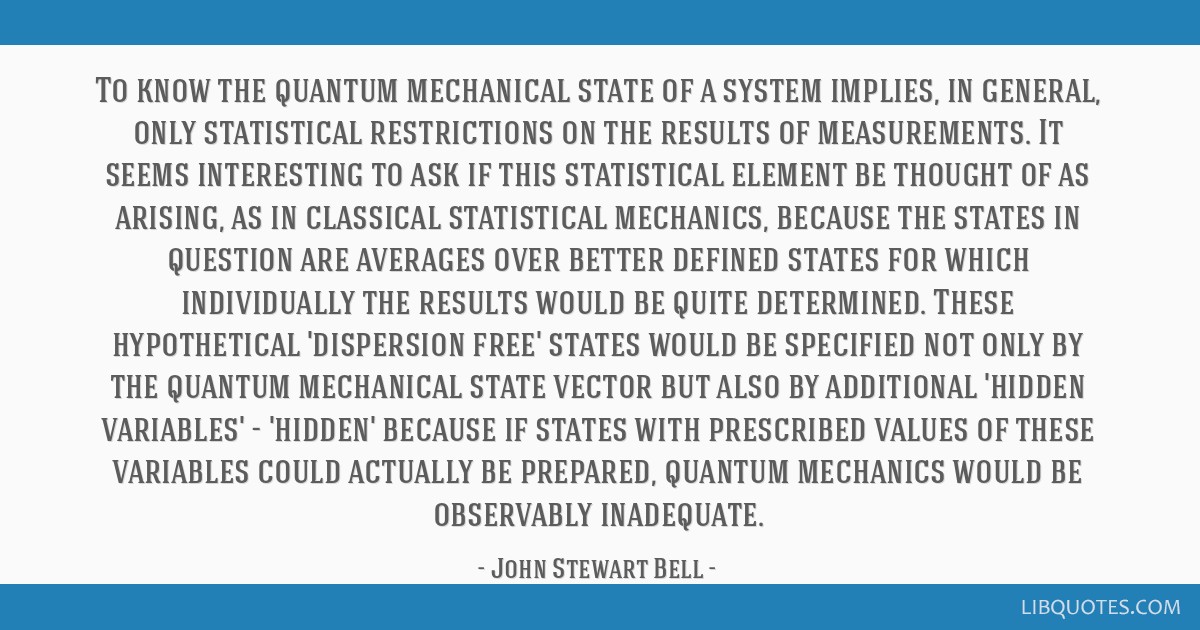 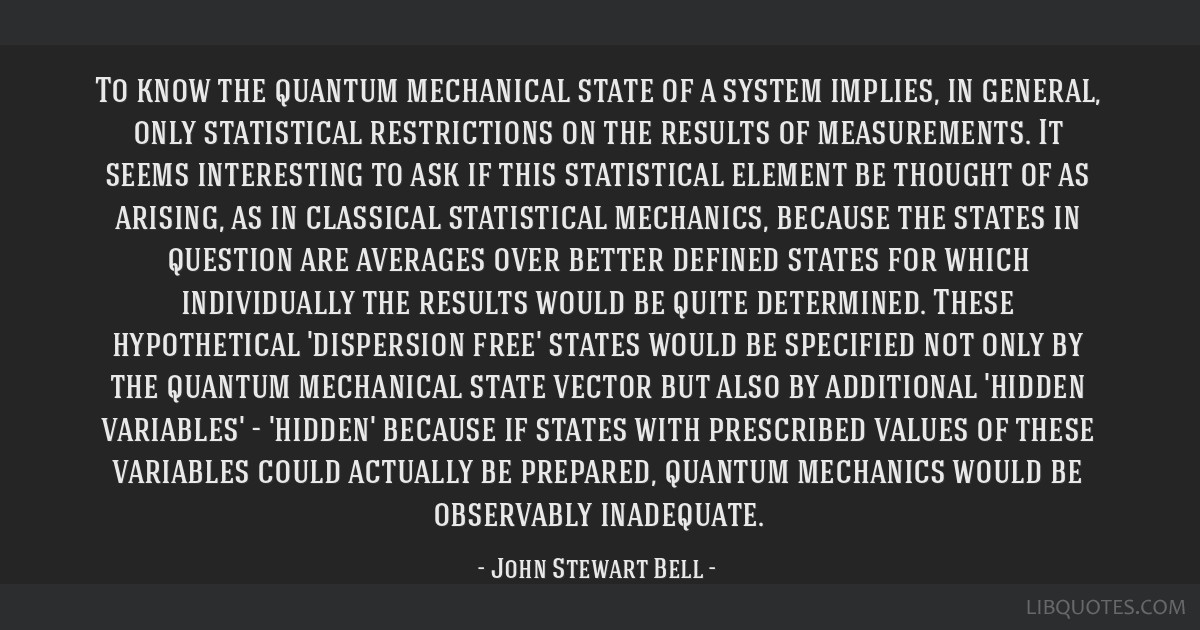 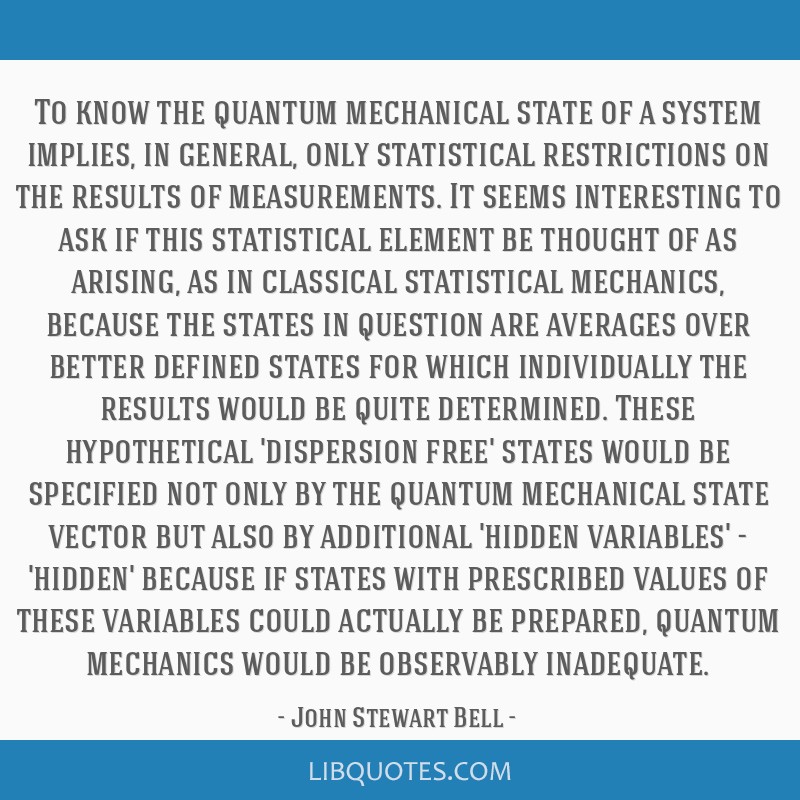 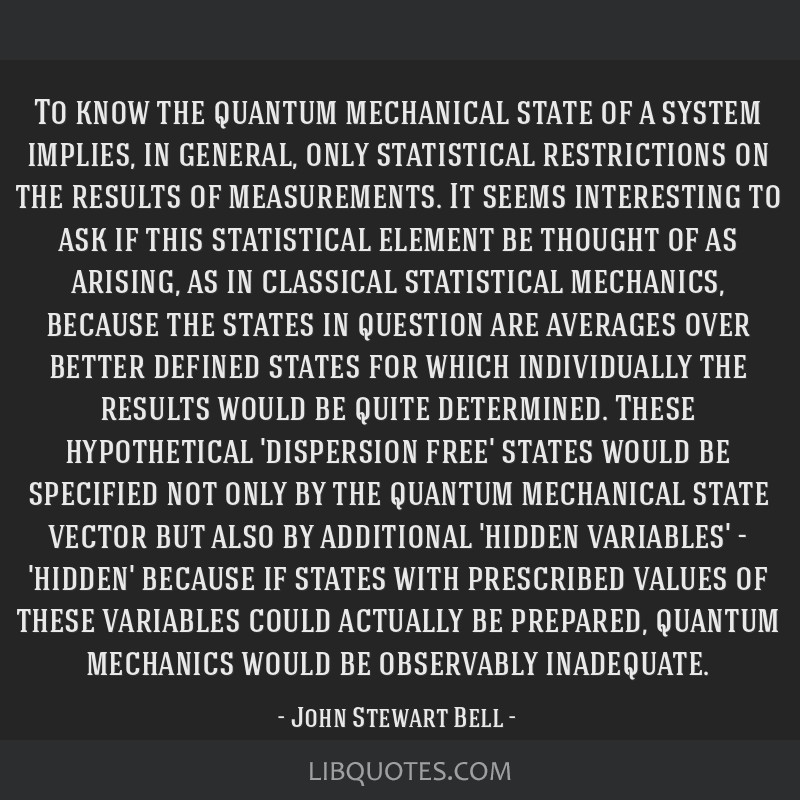 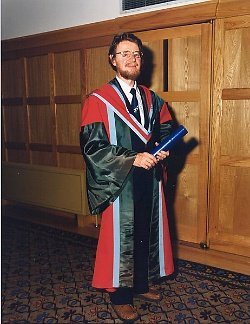