How did Madison get separation through Virginia and later Congress? The Baptists, the Presbyterians, and the smaller sects hated Jefferson; to them he was a secularist of the worst kind. But Madison could get Jefferson's bill passed because the Baptists, the Presbyterians, and smaller sects who were excluded in New England and in the South got together for their own protection. 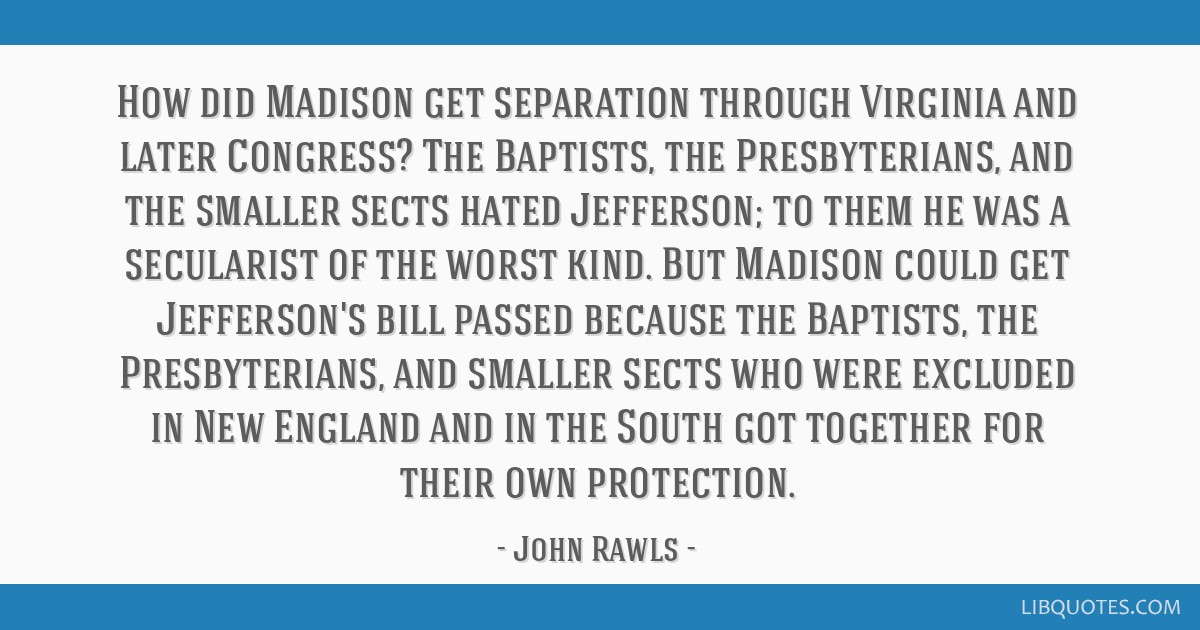 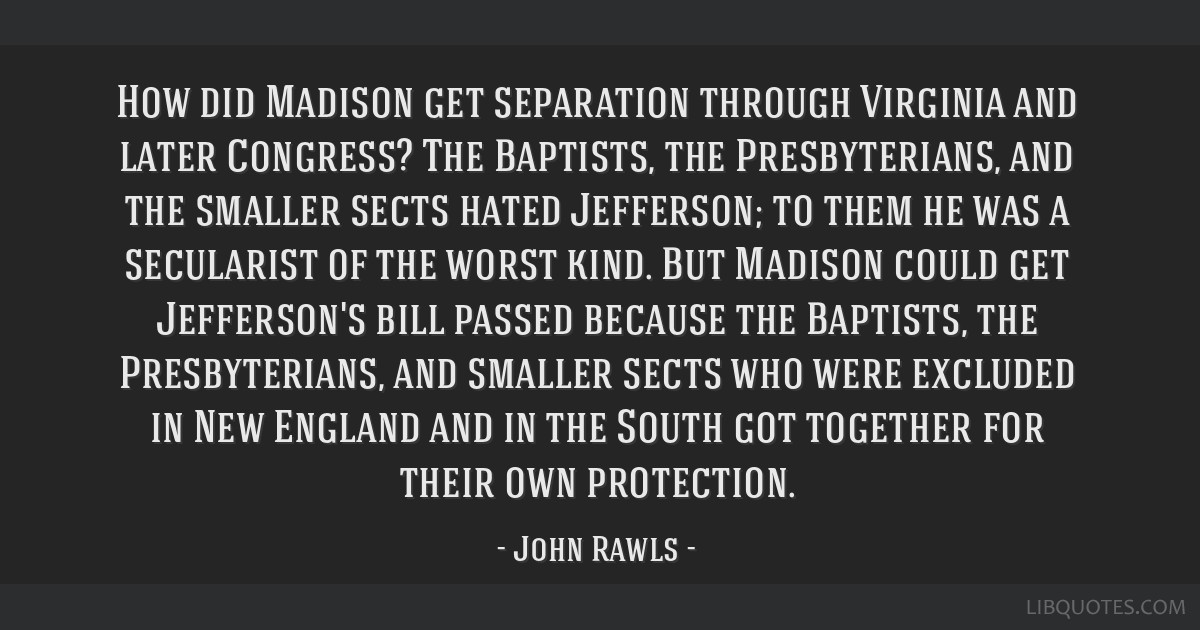 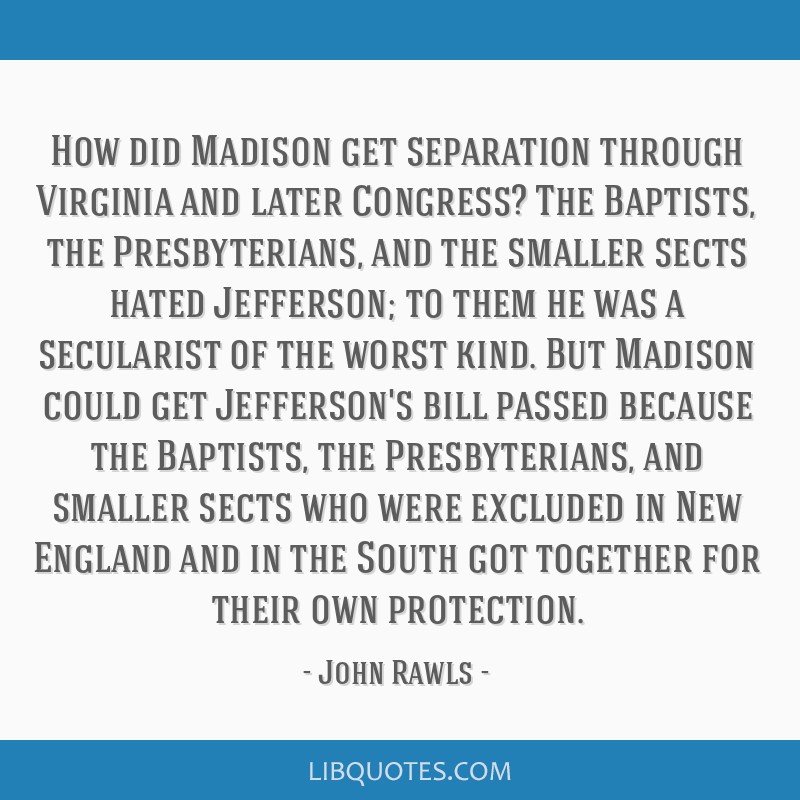 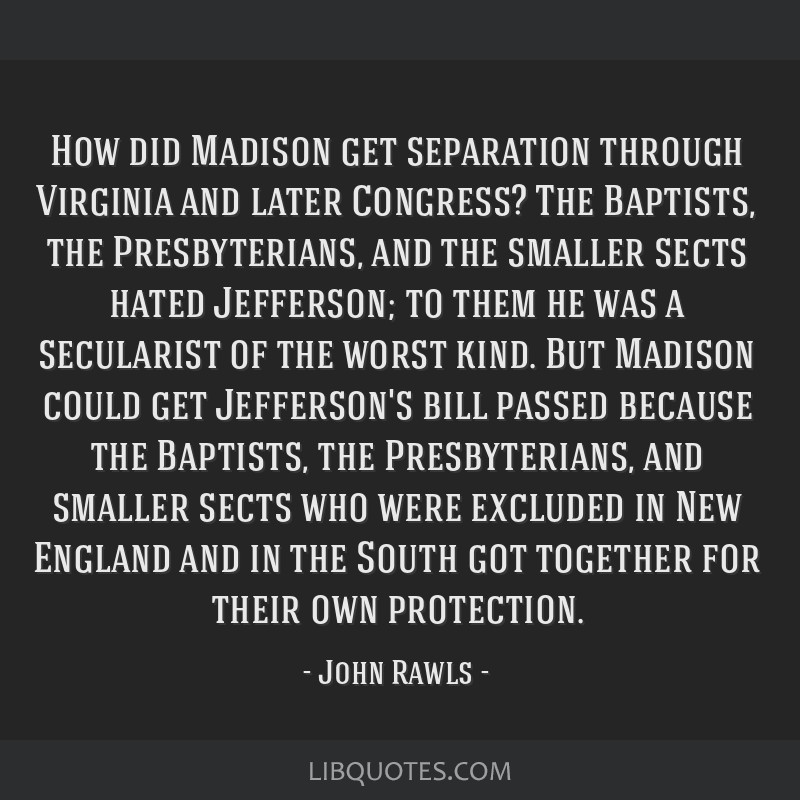 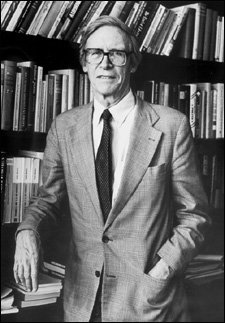