Among all the liberal arts, the first is logic, and specifically that part of logic which gives initial instruction about words.... [T]he word "logic" has a broad meaning, and is not restricted exclusively to the science of argumentative reasoning. [It includes] Grammar [which] is "the science of speaking and writing correctly-the starting point of all liberal studies." 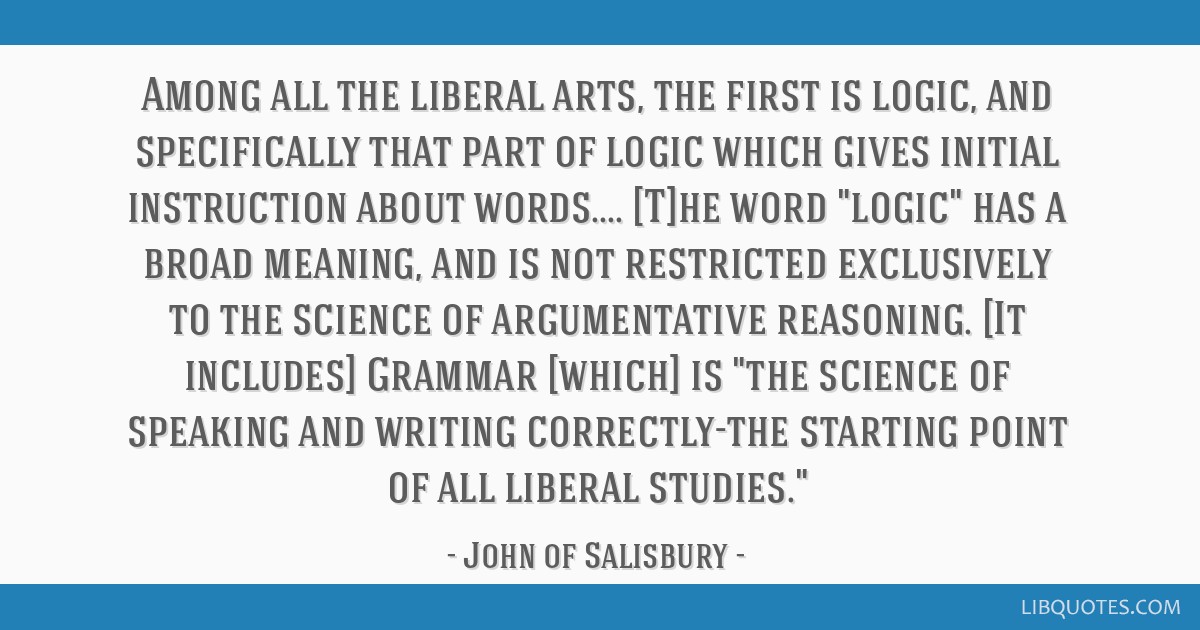 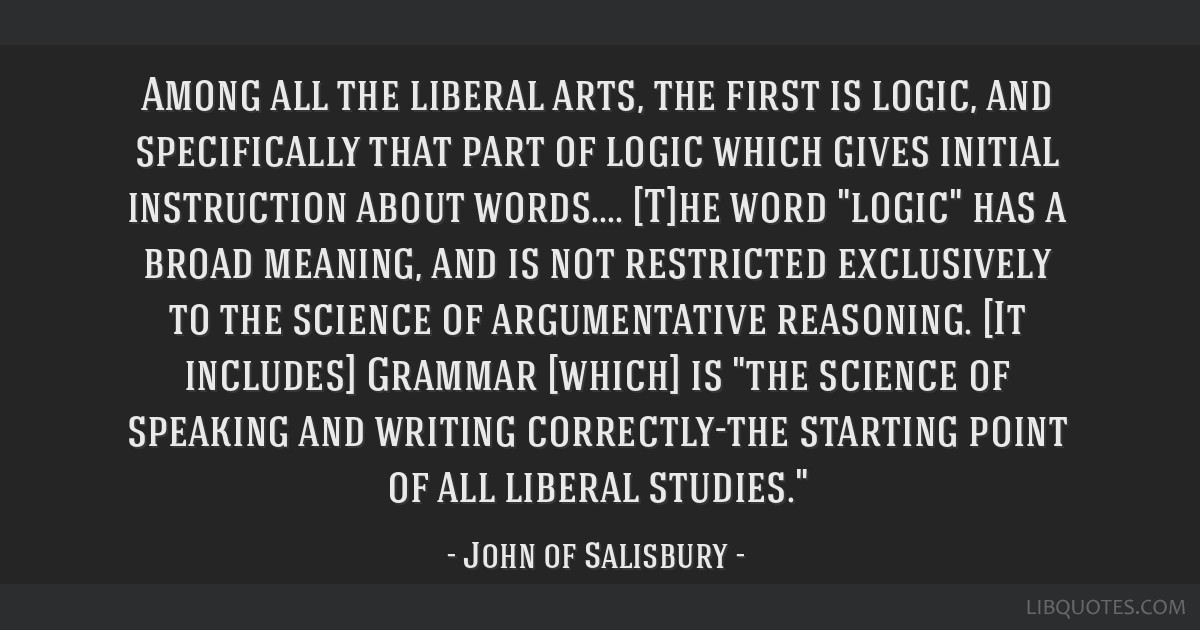 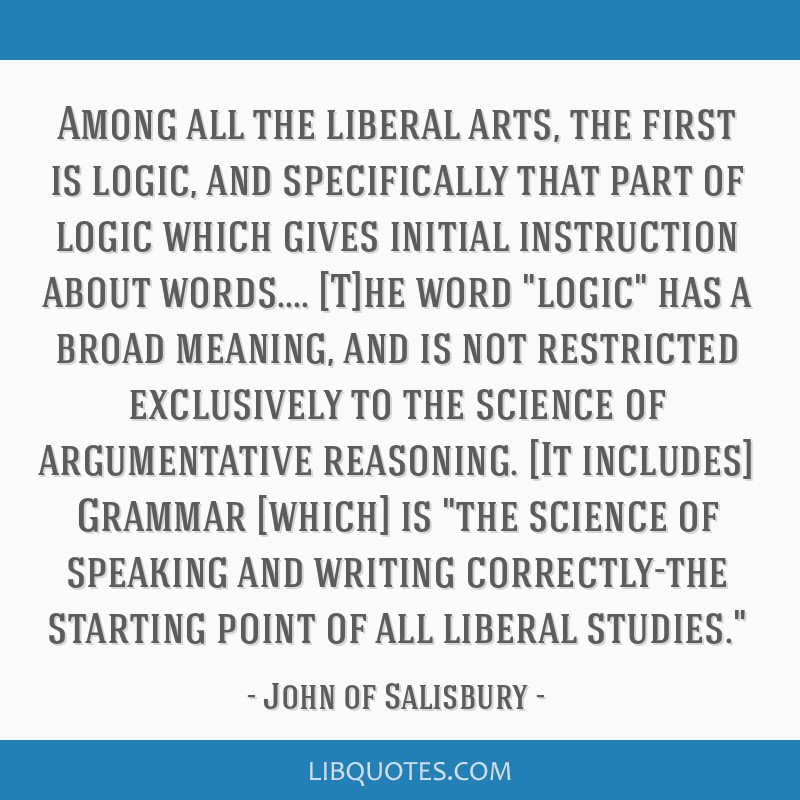 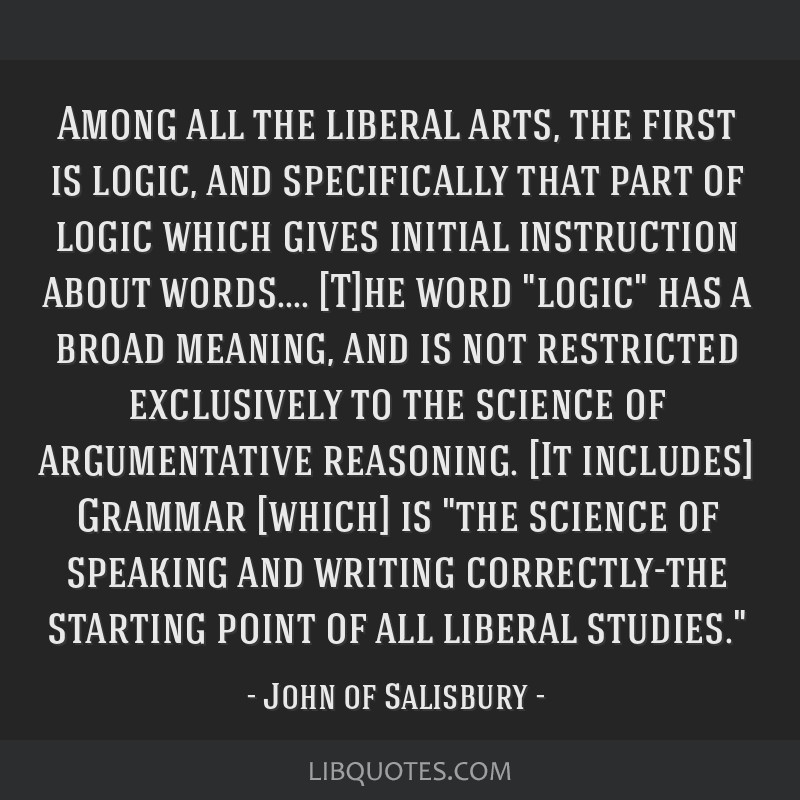