In England, there are only two things to be, basically: You are either for the labor movement or for the capitalist movement. Either you become a right-wing Archie Bunker if you are in the class I am in, or you become an instinctive socialist, which I was. That meant I think people should get their false teeth and their health looked after, all the rest of it. But apart from that, I worked for money and I wanted to be rich. So what the hell — if that's a paradox, then I'm a socialist. But I am not anything. What I used to be is guilty about money. That's why I lost it, either by giving it away or by allowing myself to be screwed by so-called managers. 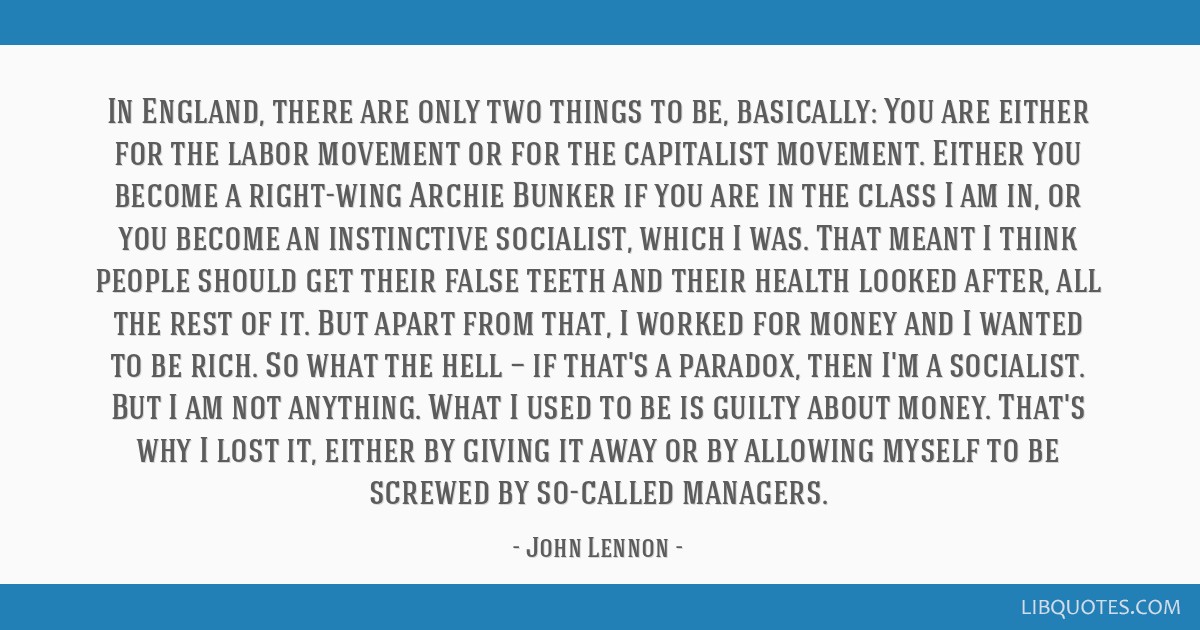 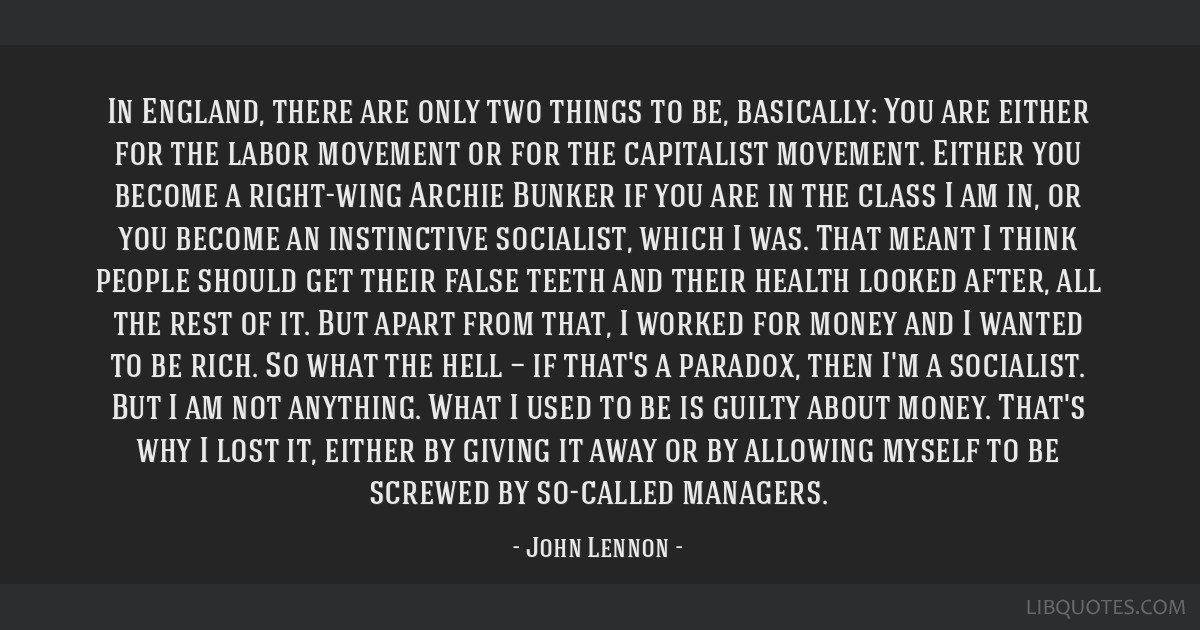 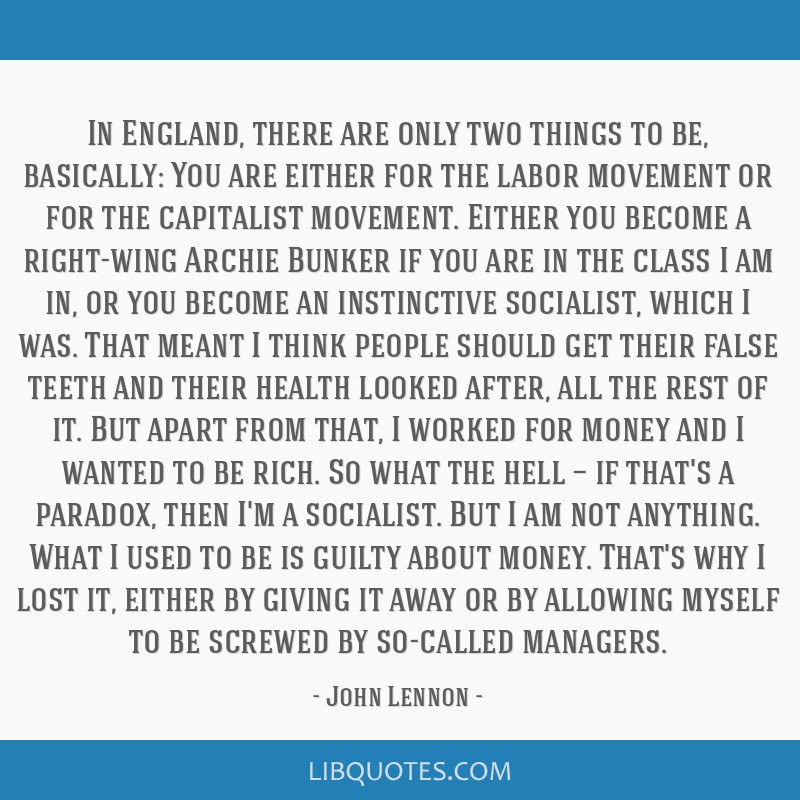 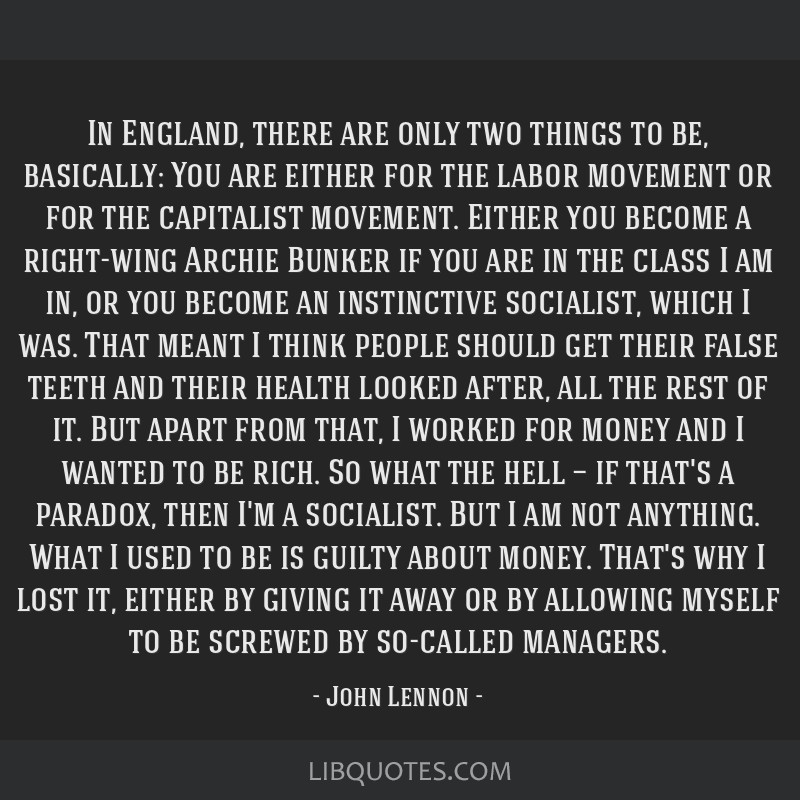