That's part of our policy, is not to be taken seriously, because I think our opposition, whoever they may be, in all their manifest forms, don't know how to handle humor. You know, and we are humorous, we are, what are they, Laurel and Hardy. That's John and Yoko, and we stand a better chance under that guise, because all the serious people, like Martin Luther King, and Kennedy, and Gandhi, got shot. 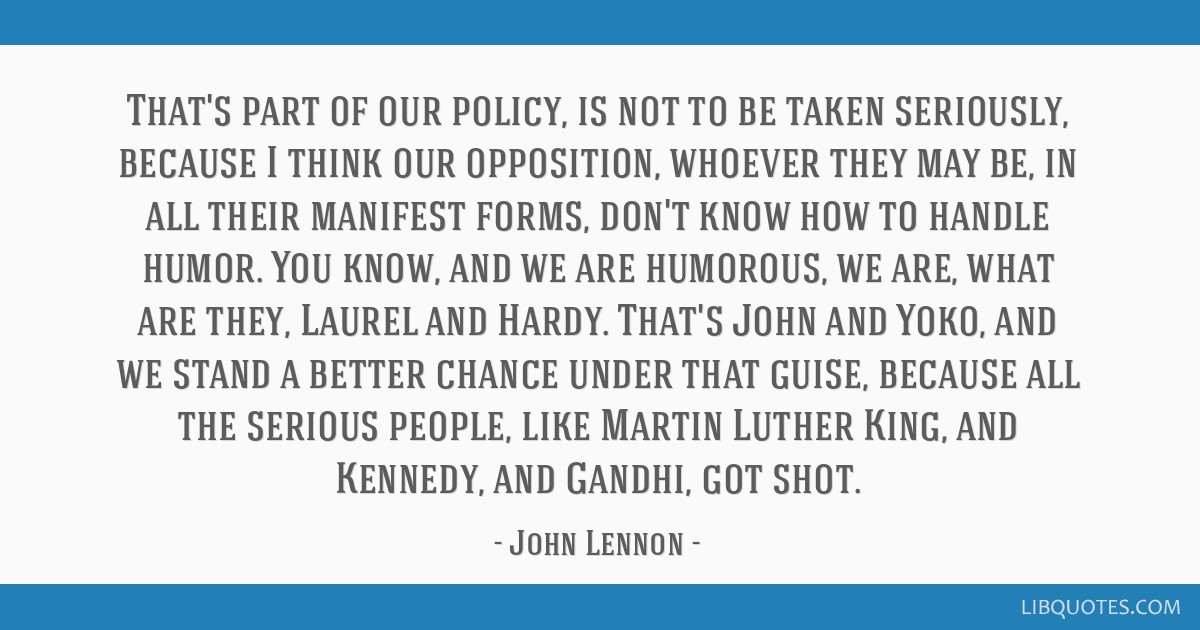 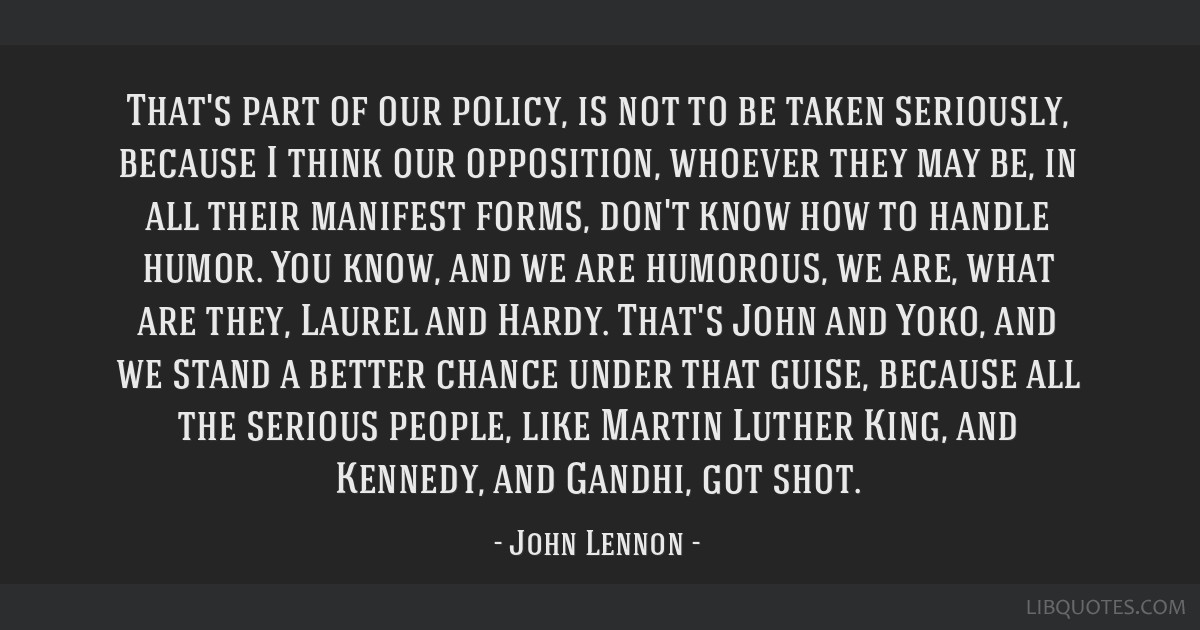 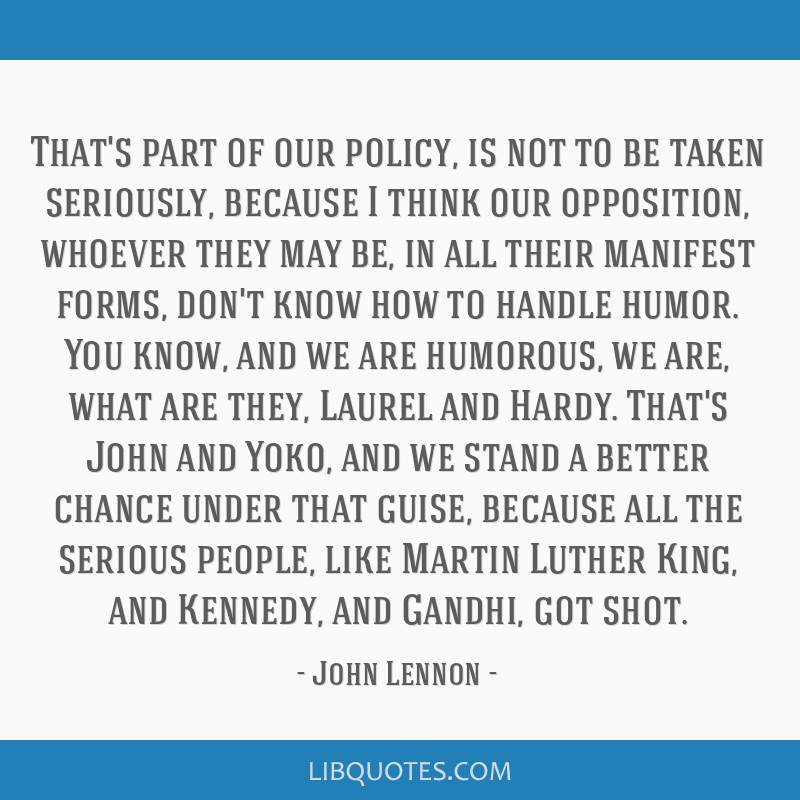 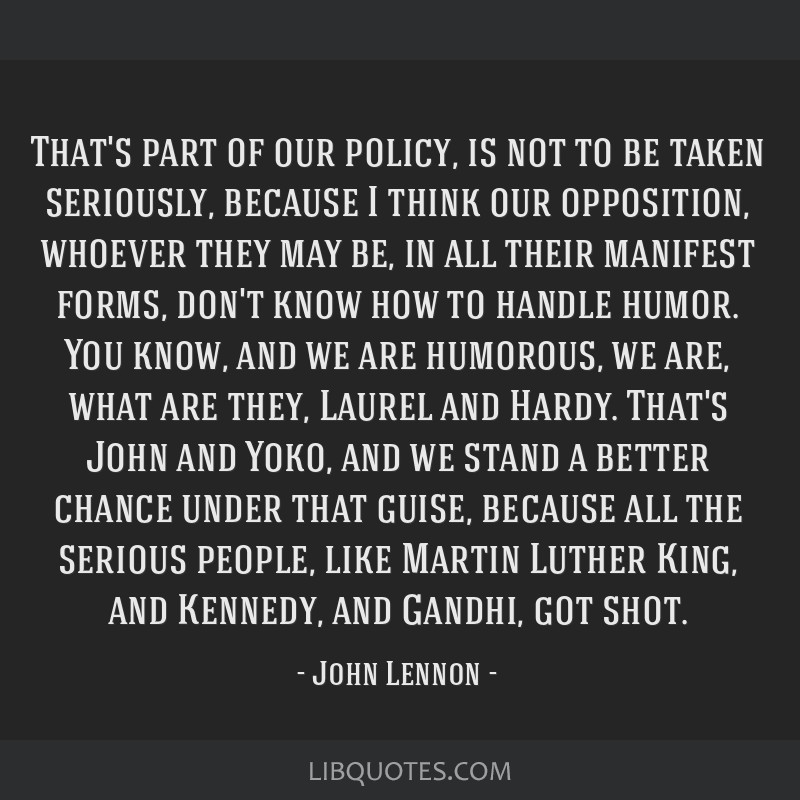