Nor do I think we came from monkeys, by the wayThat's another piece of garbage. What the hell's it based on? We couldn't've come from anything-fish, maybe, but not monkeys. I don't believe in the evolution of fish to monkeys to men. Why aren't monkeys changing into men now? It's absolute garbage. It's absolutely irrational garbage, as mad as the ones who believe the world was made only four thousand years ago, the fundamentalists. 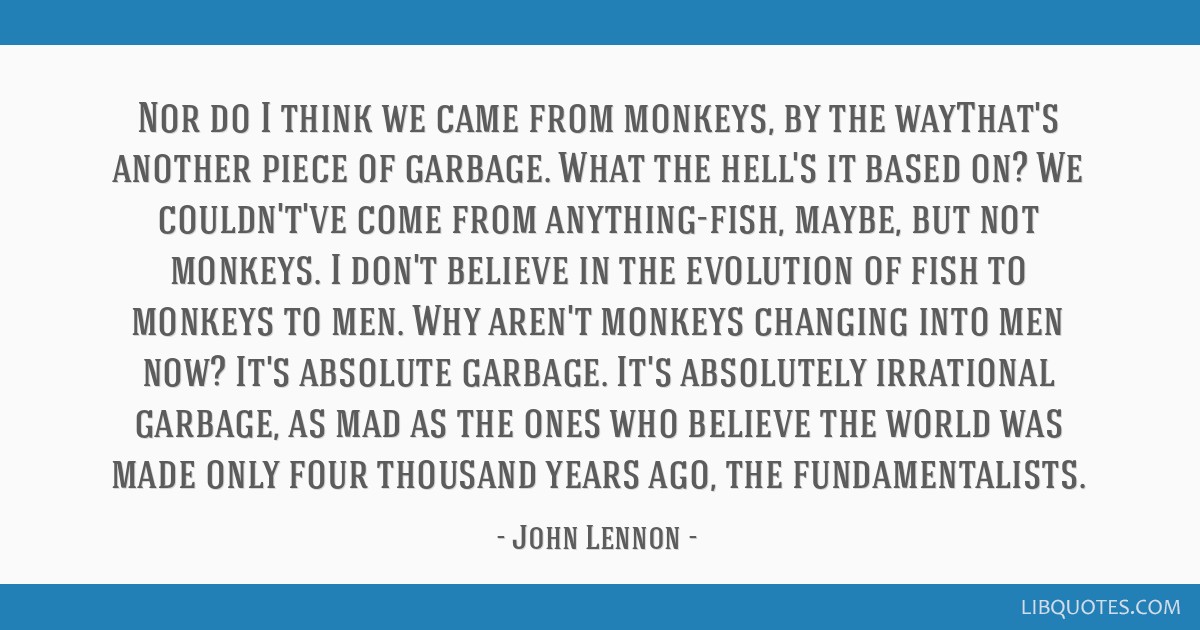 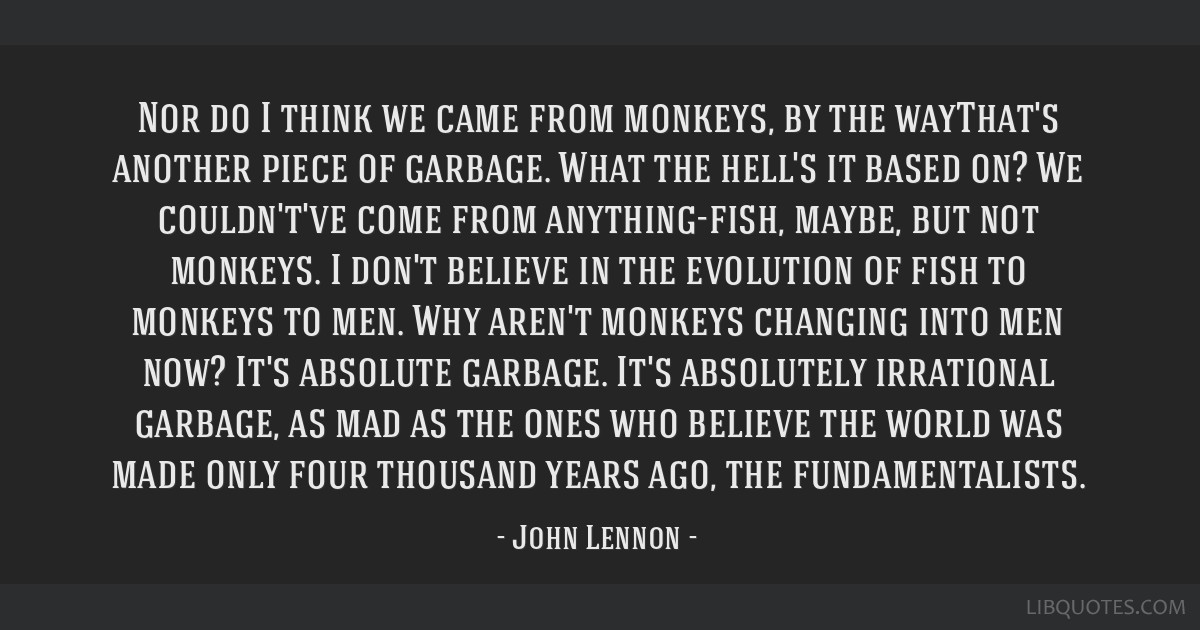 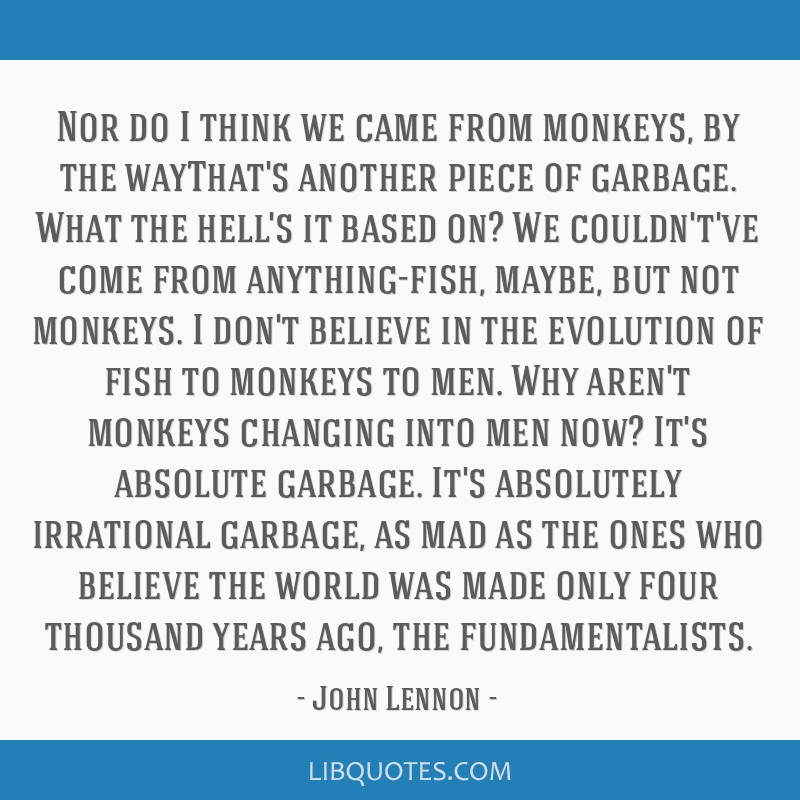 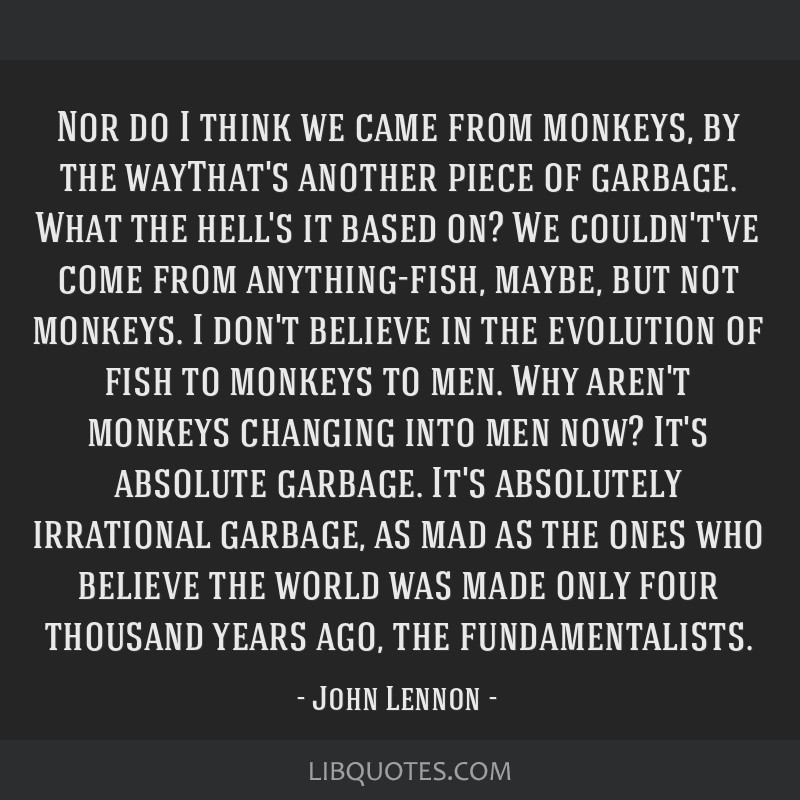