There's only one person in the United States we ever wanted to meet … not that he wanted us. And we met him last night. We can't tell you how we felt. We just idolised him so much. … You can't imagine what a thrill that was last night. Nothing really affected me until I heard Elvis. If there hadn't been an Elvis, there wouldn't have been the Beatles. 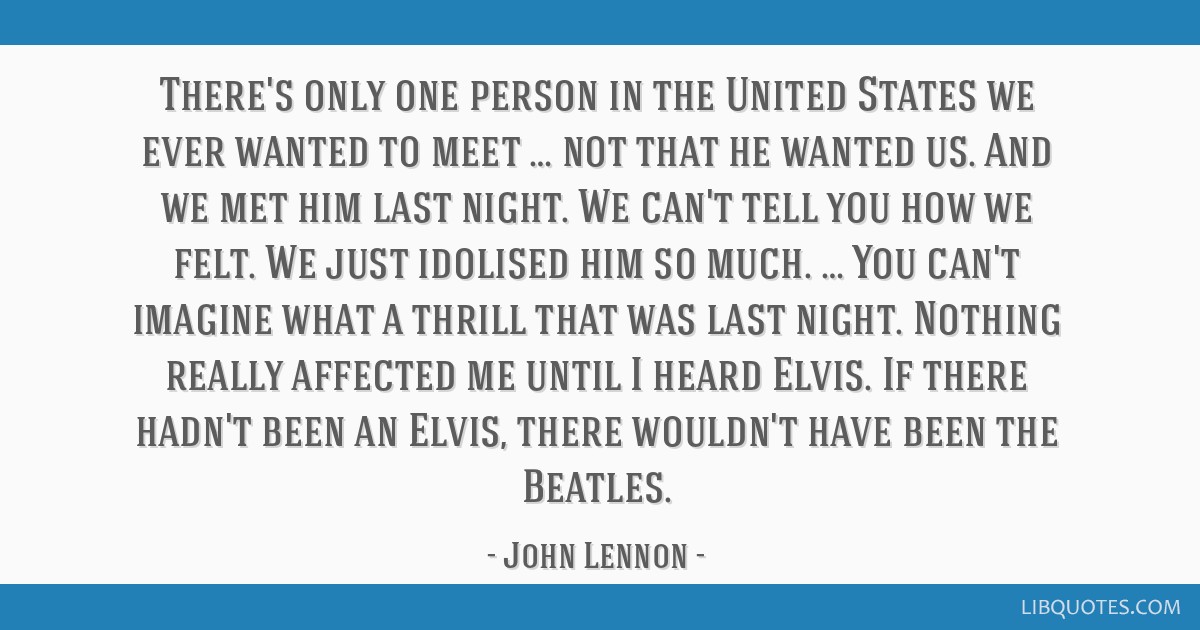 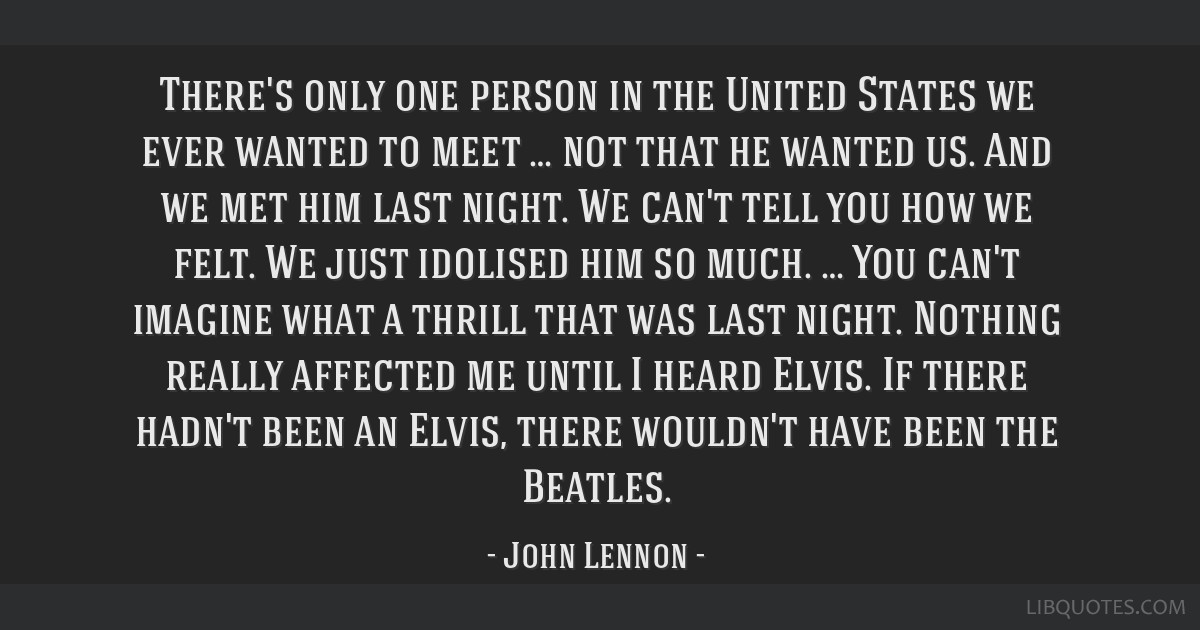 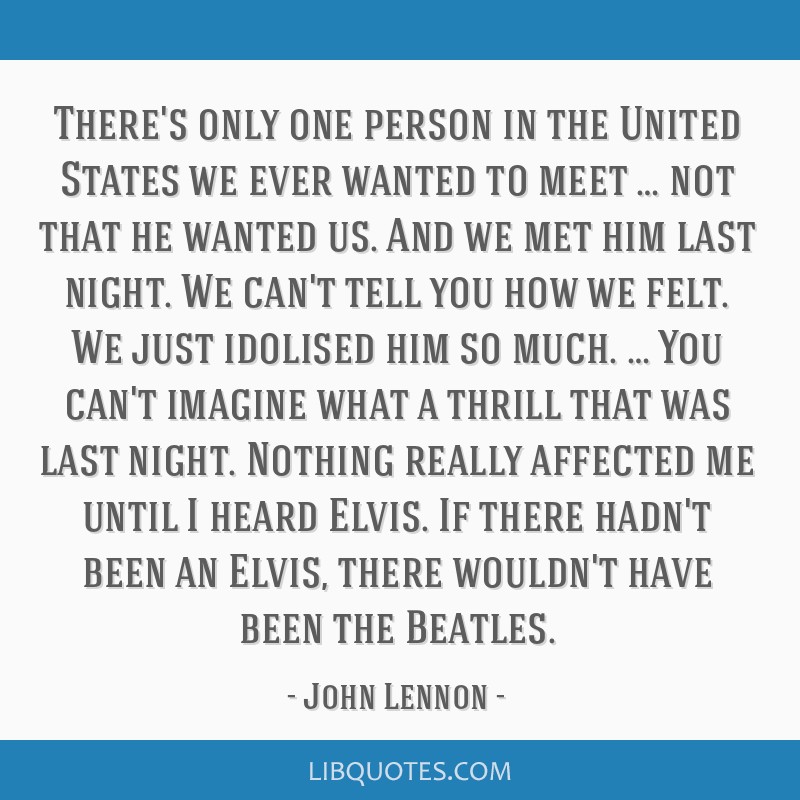 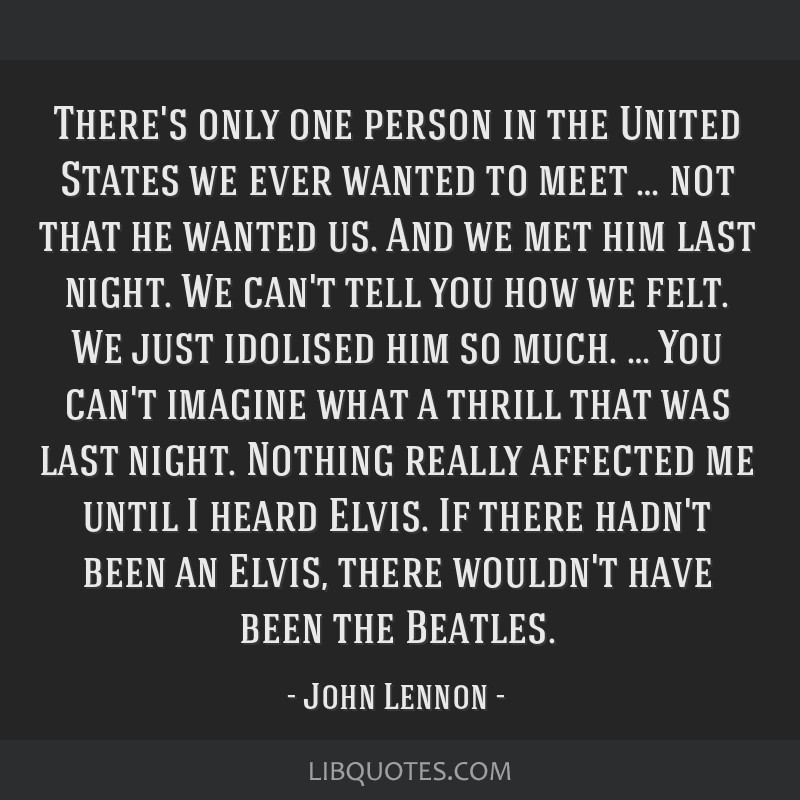 I know that if I'd had to go and take an exam for acting, I wouldn't have got anywhere. You don't take exams for acting, you take your courage.
Edith Evans