I suppose if I had said television was more popular than Jesus, I would have gotten away with it. I'm sorry I opened my mouth. I'm not anti-God, anti-Christ, or anti-religion. I wasn't knocking it or putting it down. I was just saying it as a fact and it's true more for England than here. I'm not saying that we're better or greater, or comparing us with Jesus Christ as a person or God as a thing or whatever it is. I just said what I said and it was wrong. Or it was taken wrong. And now it's all this.

News conference in Chicago, where he apologized for the above statement, which was accepted by the Vatican. (11 August 1966) 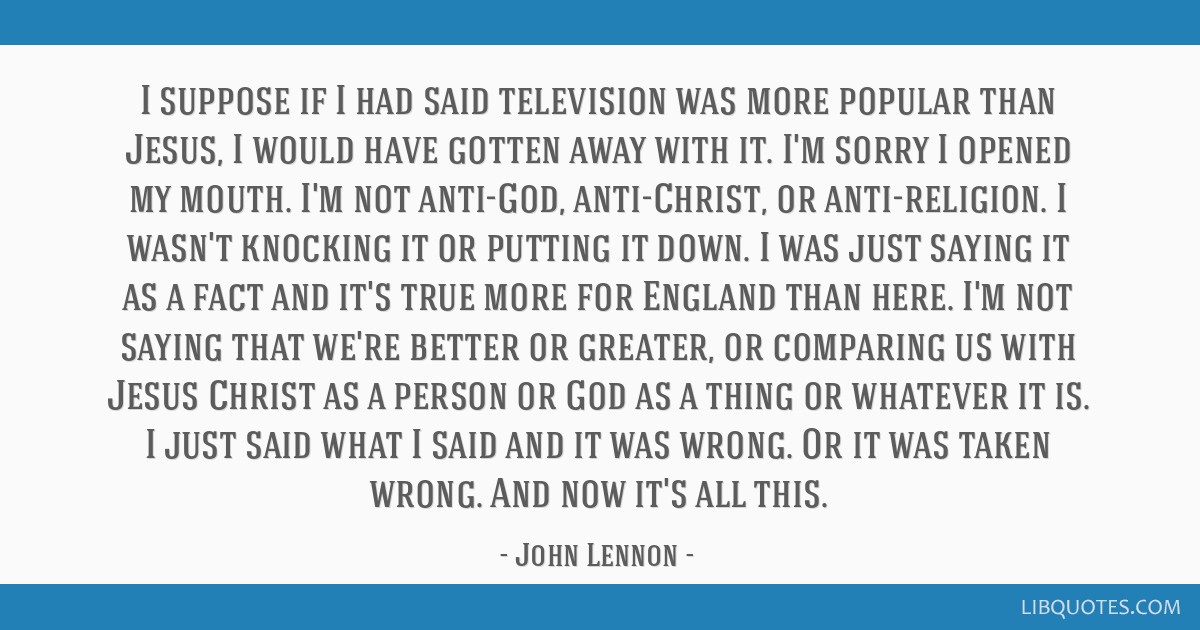 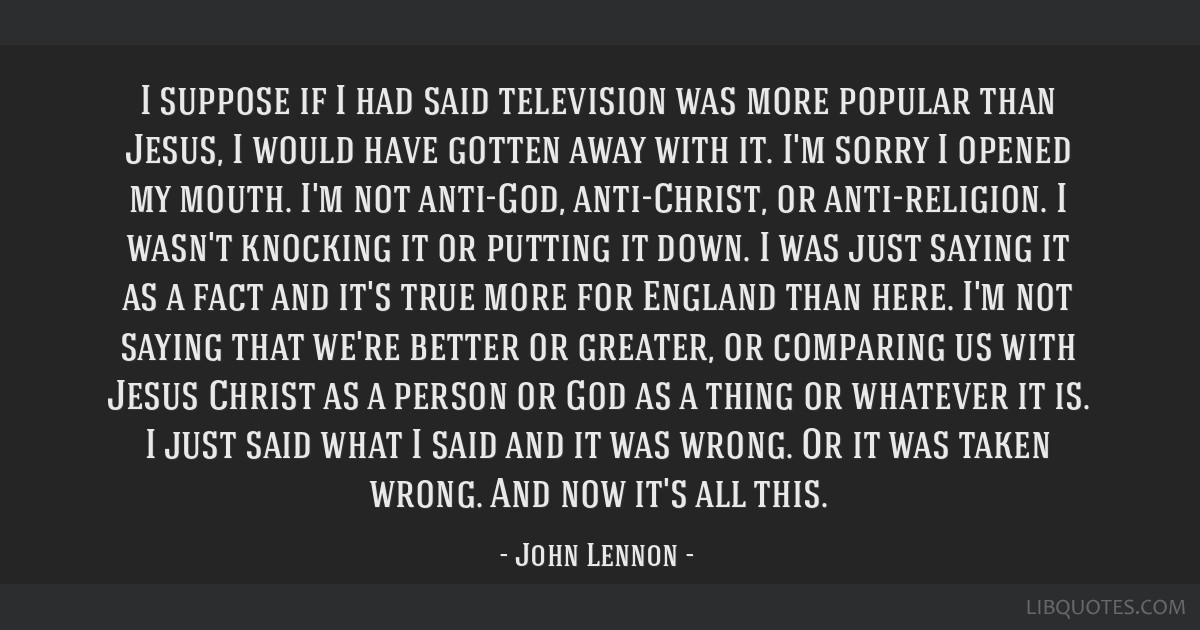 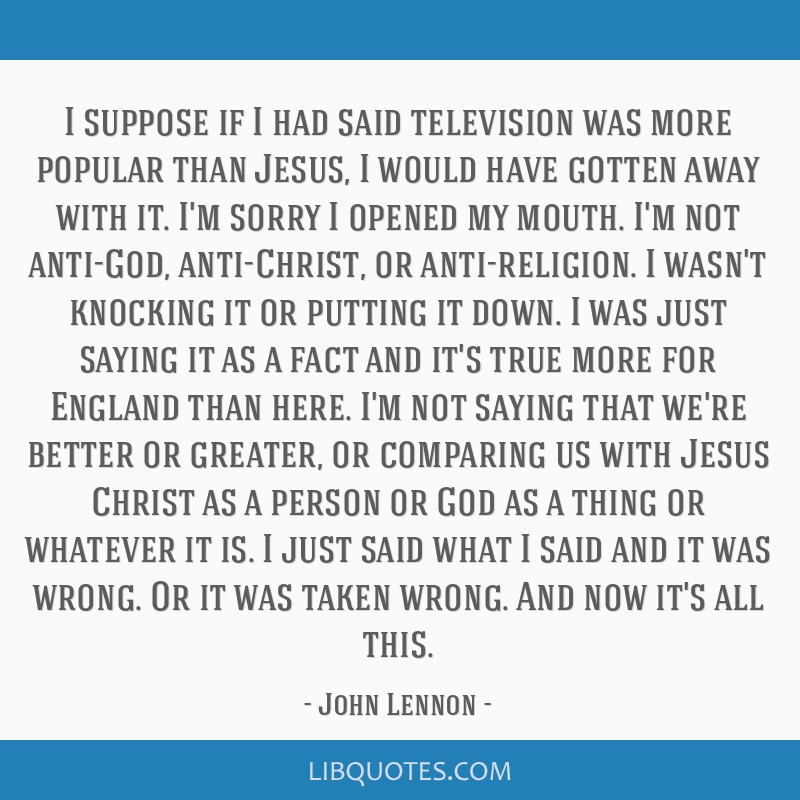 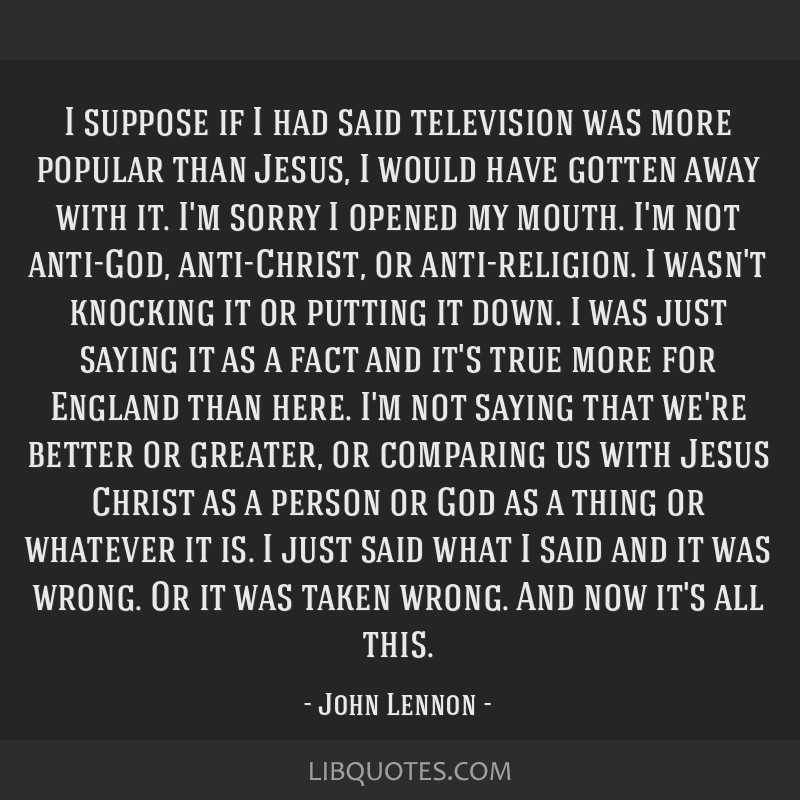