We must always remember to thank the CIA and the Army for LSD, by the way. Everything is the opposite of what it is, isn't it? They brought out LSD to control people, and what they did was give us freedom. Sometimes it works in mysterious ways its wonders to perform. But it sure as hell performs them. If you look a the government report book on acid, the only ones who jumped out of windows because of it were the ones in the Army. I never knew anybody who jumped out of a window or killed themselves because of it. 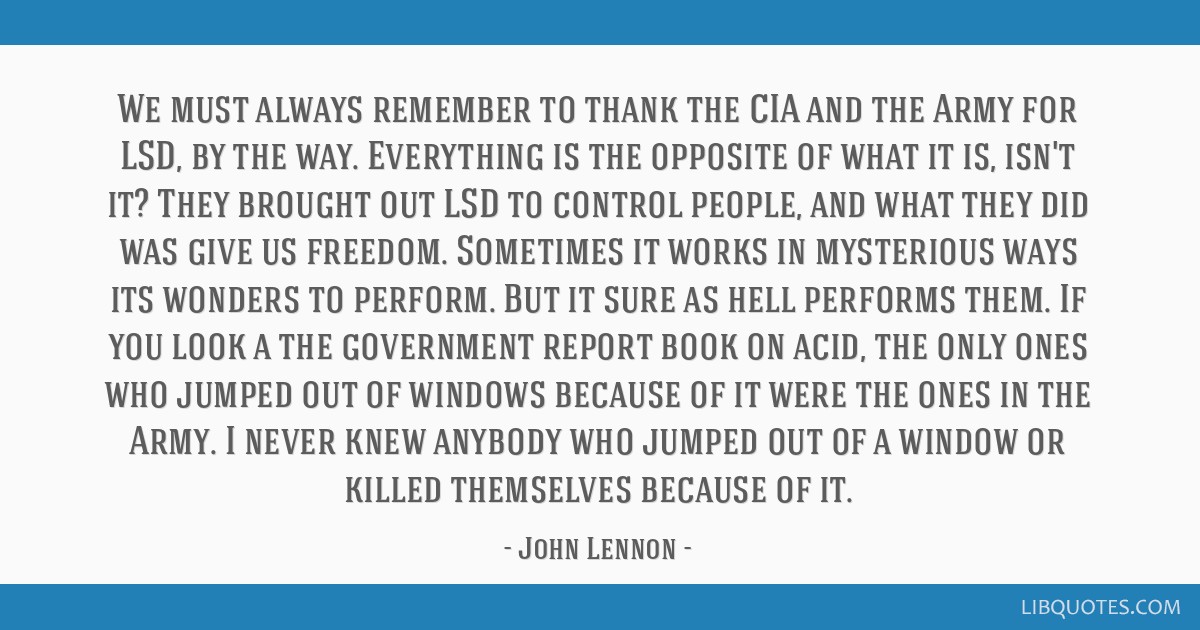 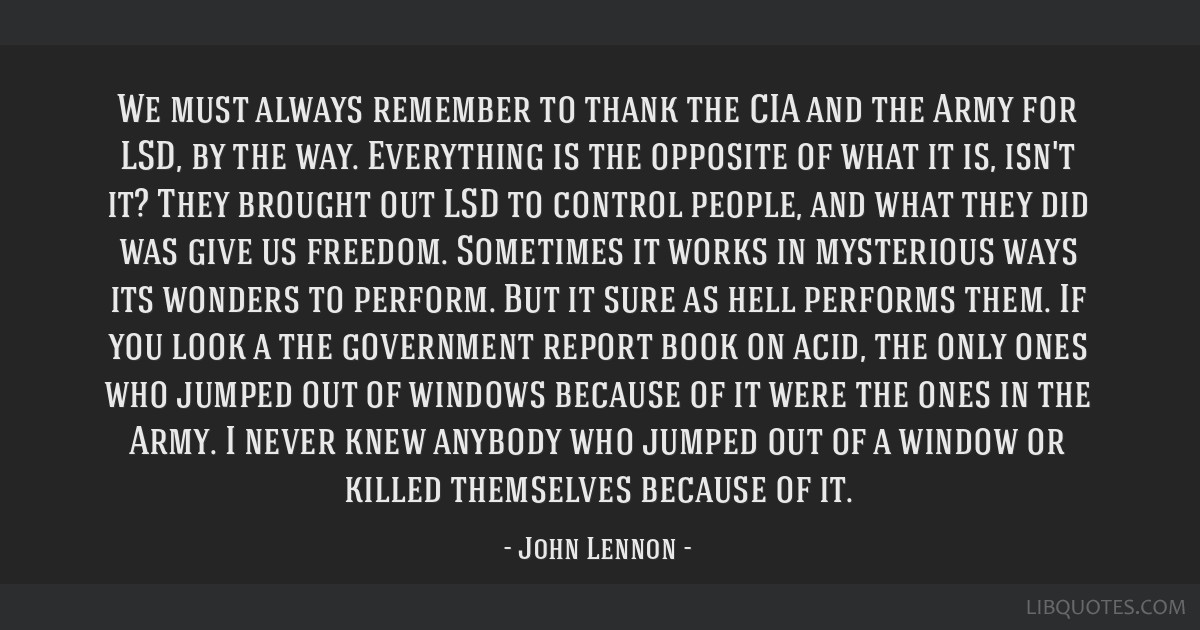 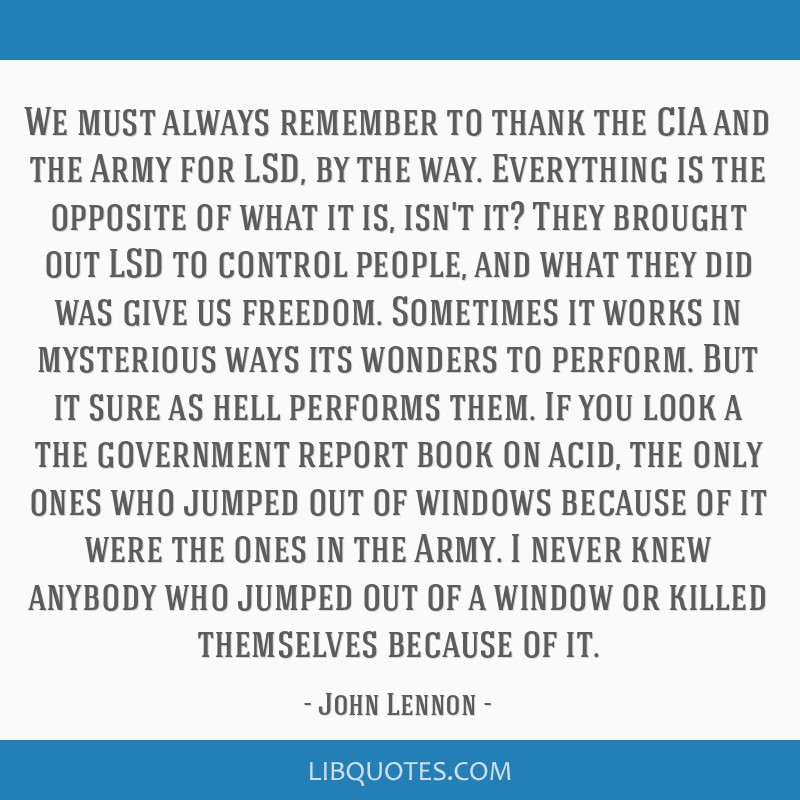 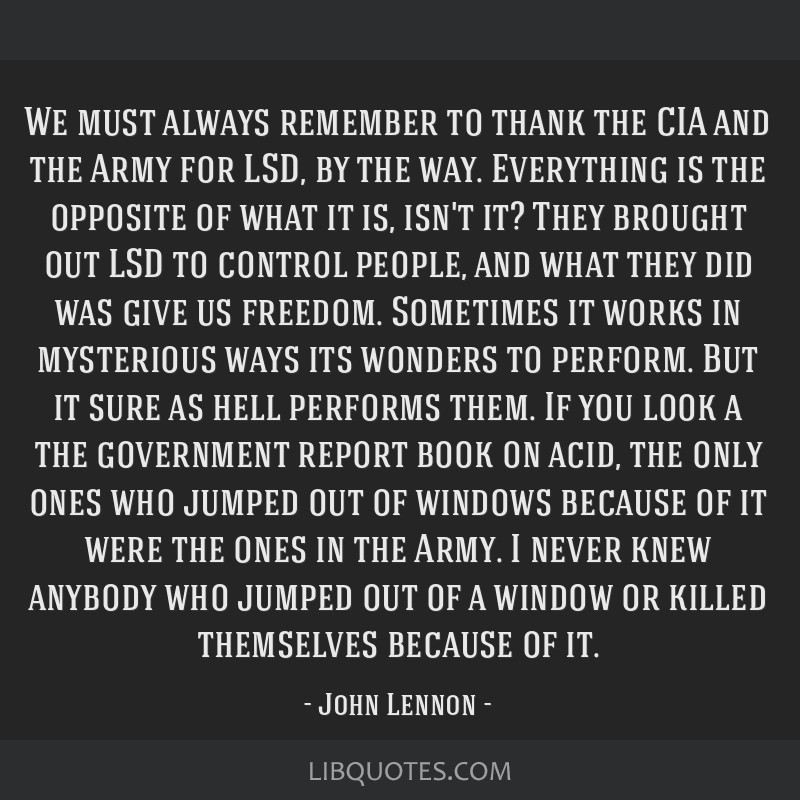