In the usual (though certainly not in every) public decision on economic policy, the choice is between courses that are almost equally good or equally bad. It is the narrowest decisions that are most ardently debated. If the world is lucky enough to enjoy peace, it may even one day make the discovery, to the horror of doctrinaire free-enterprisers and doctrinaire planners alike, that what is called capitalism and what is called socialism are both capable of working quite well.

"The American Economy: Its Substance and Myth," quoted in Years of the Modern (1949), ed. J.W. Chase 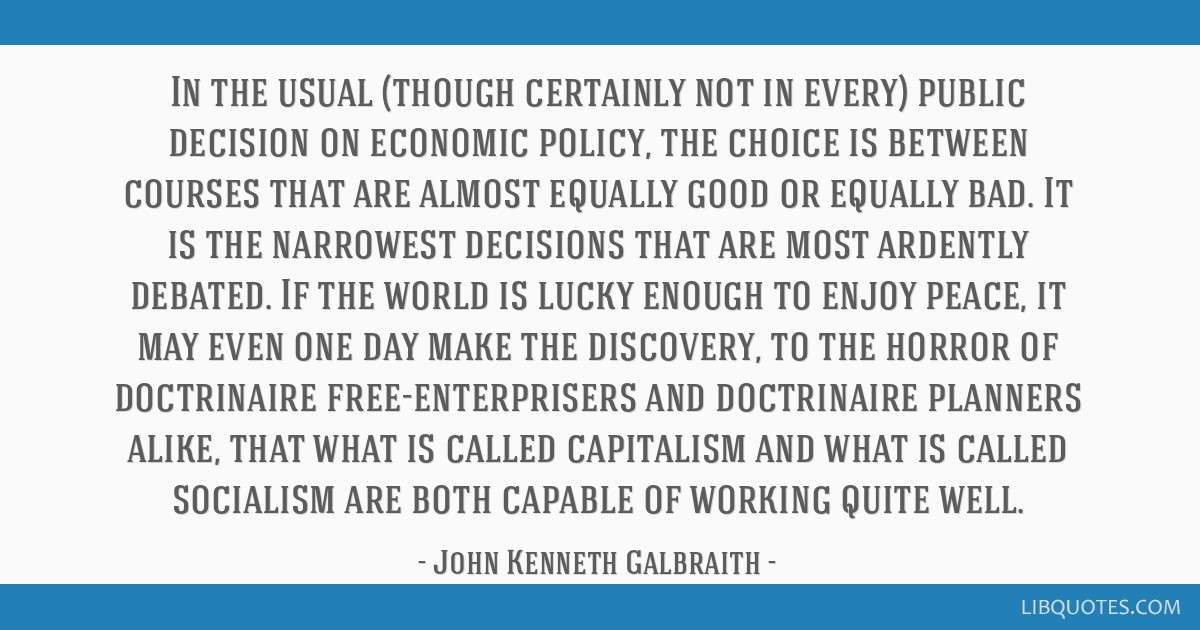 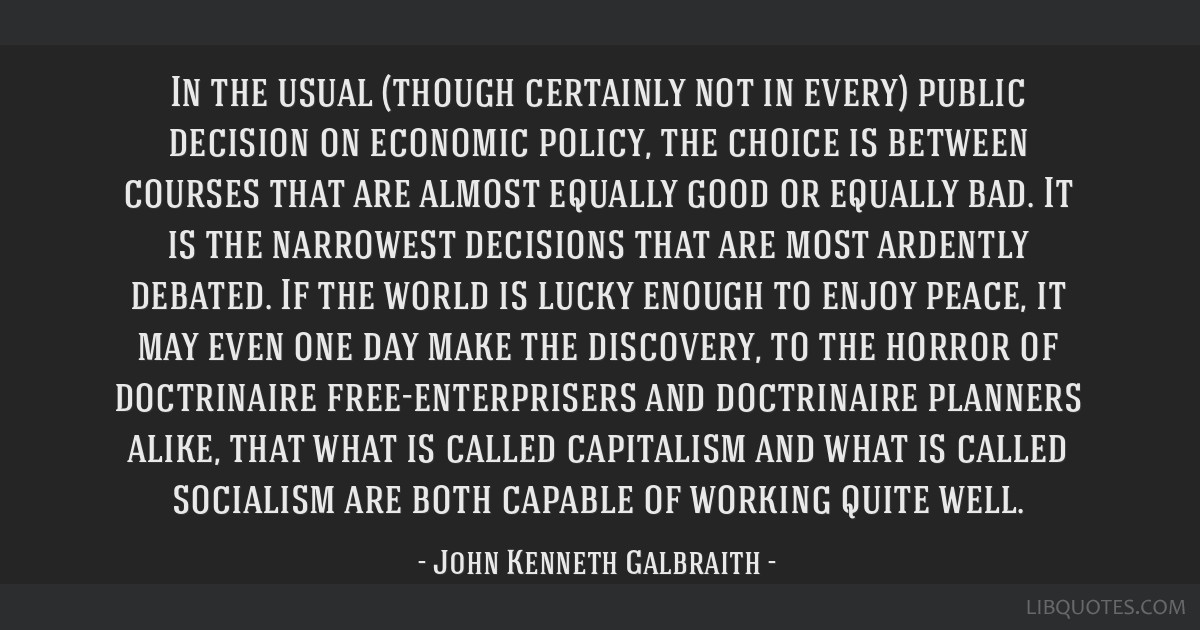 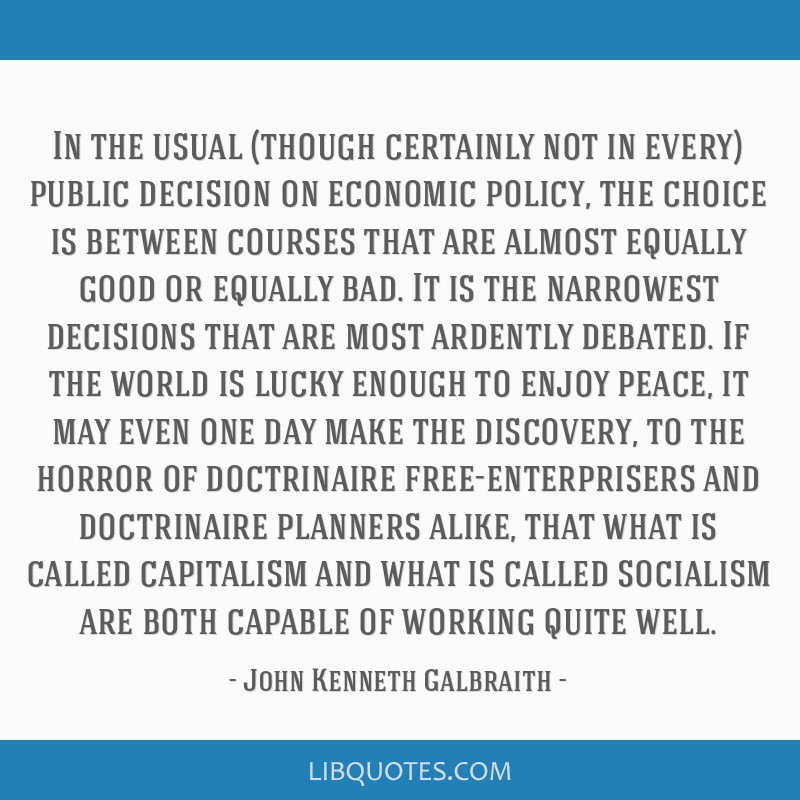 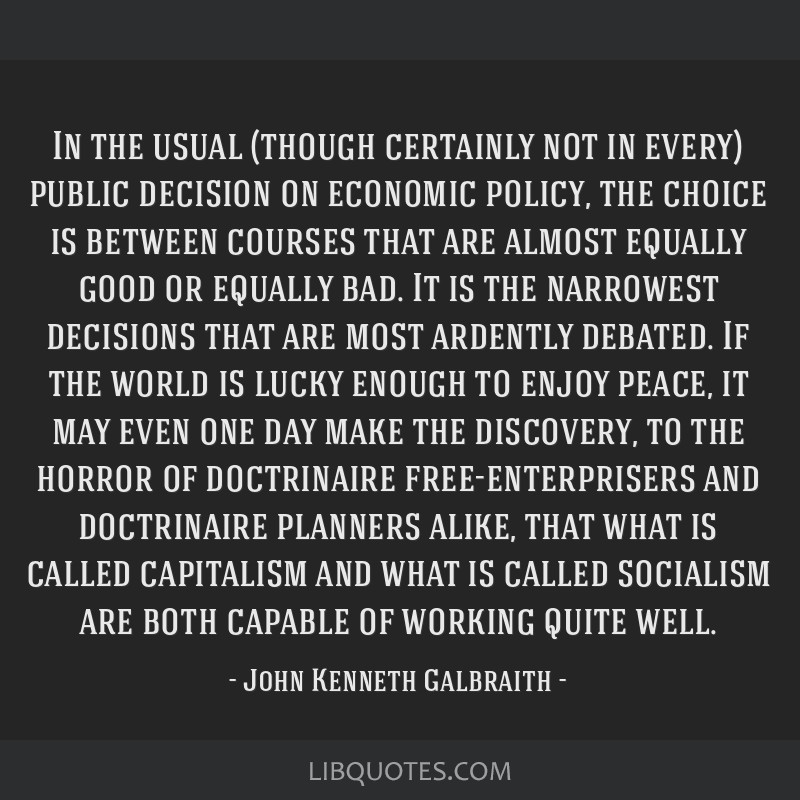 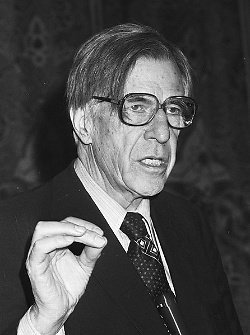