The range of the physicist's study consists in the visible motions and other sensible changes of matter. The experiences with which he deals are the impressions on his senses, and his aim is to describe in the shortest possible way how his various senses have been, will be, or would be affected.

Report of the Sixty-ninth Meeting British Association for the Advancement of Science, The President's Address (p. 615) 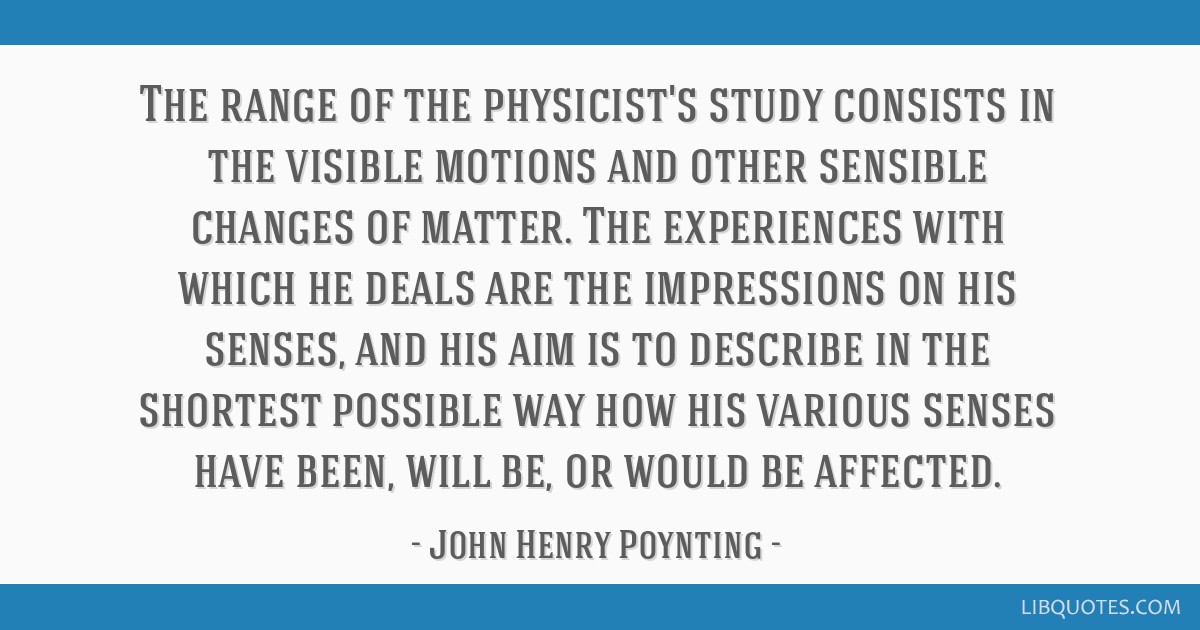 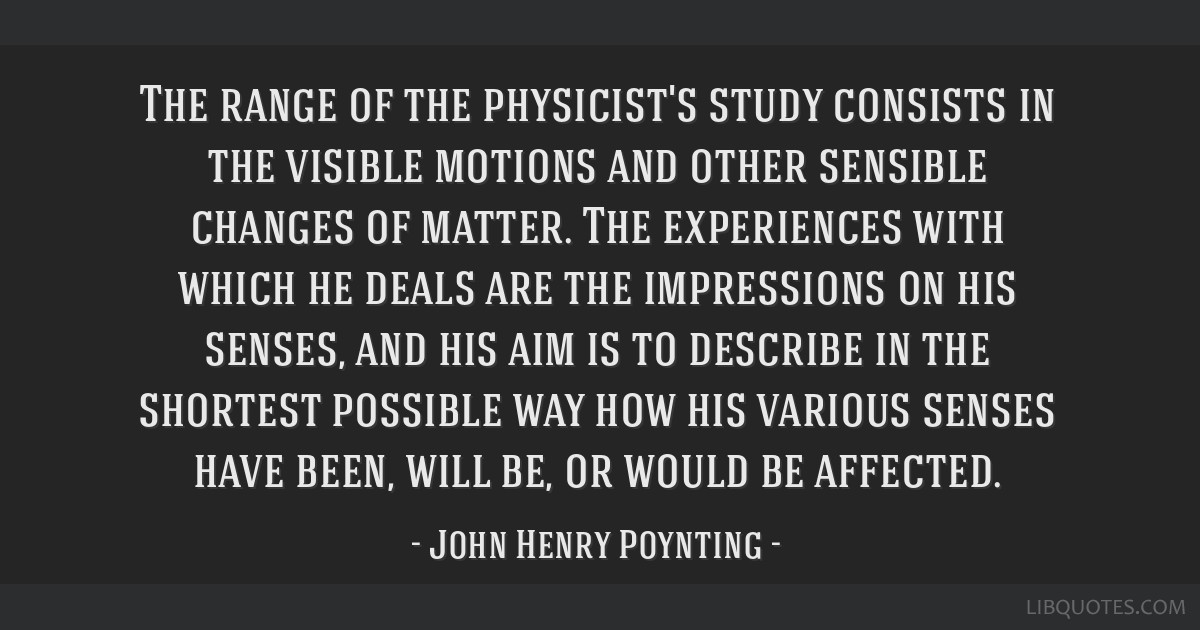 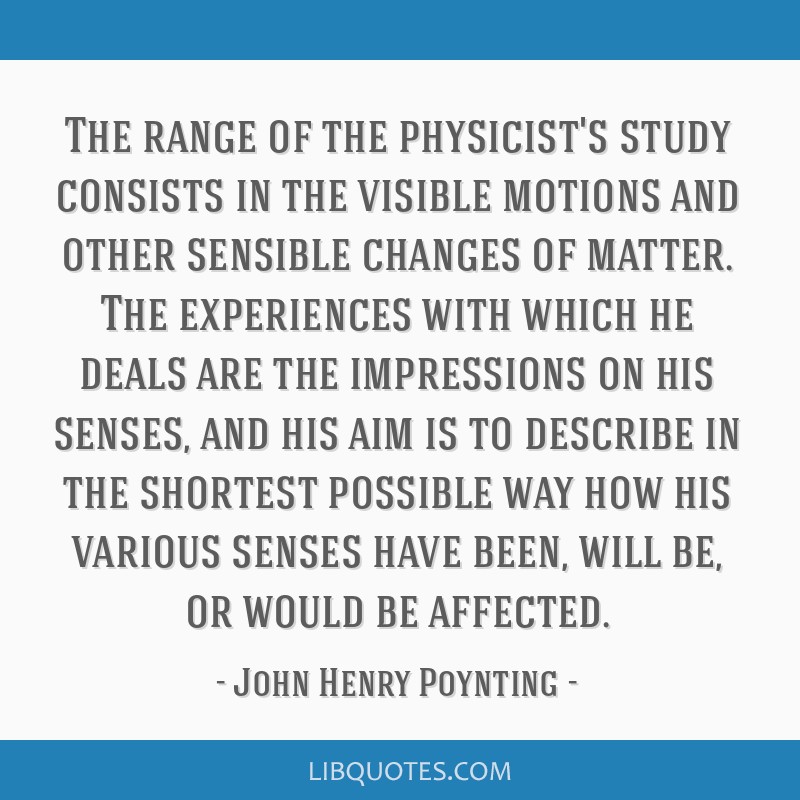 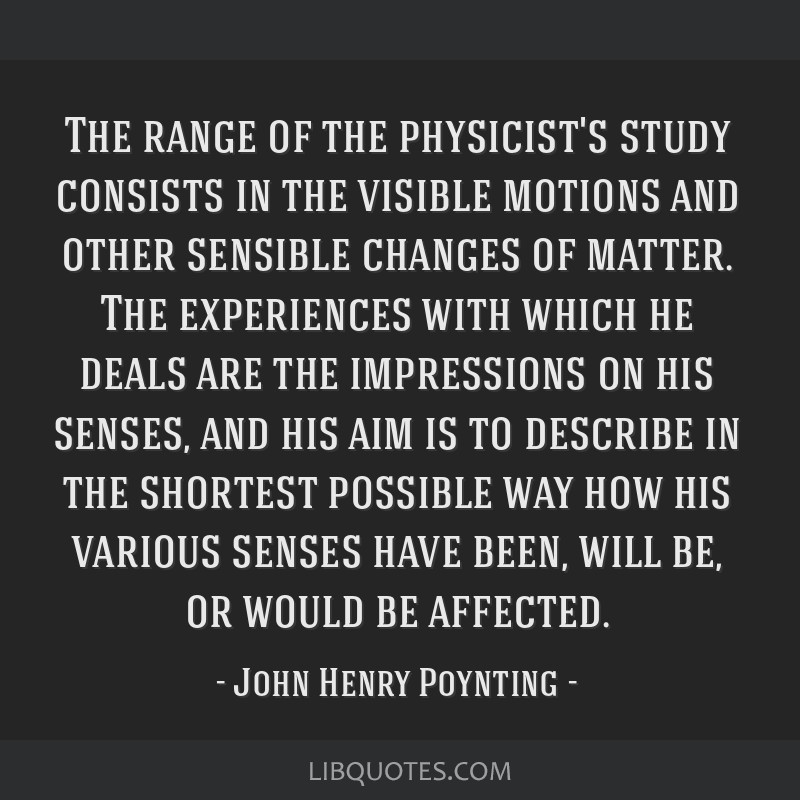 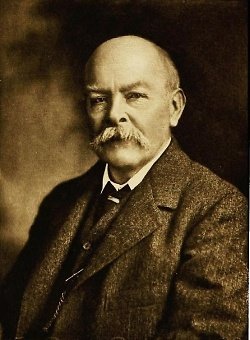