"Appropriate patterns of reproductive, gender, and sexual conduct are all products of specific cultures and all can be viewed as examples of socially scripted conduct. Western societies now have a system of gender and sexual learning in which gender differential scripts are learned prior to sexual scripts, but take their origins in part from the previously learned gender scripts... There are two important points: The first is that both gender and sexuality are learned forms of social practice, and the second is that looking to "natural differences" between women and men for lessons about sexual conduct is an error."

"The Explicit and Implicit Use of the Scripting Perspective in Sex Research", Annual Review of Sex Research, Vol. 1, (1990), 5 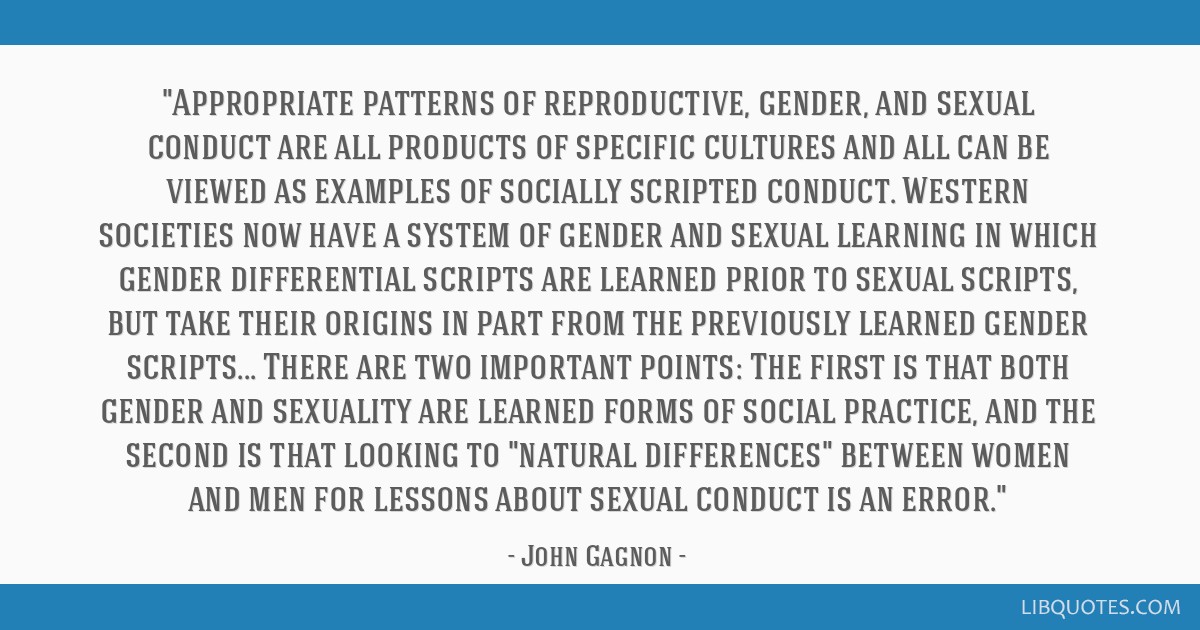 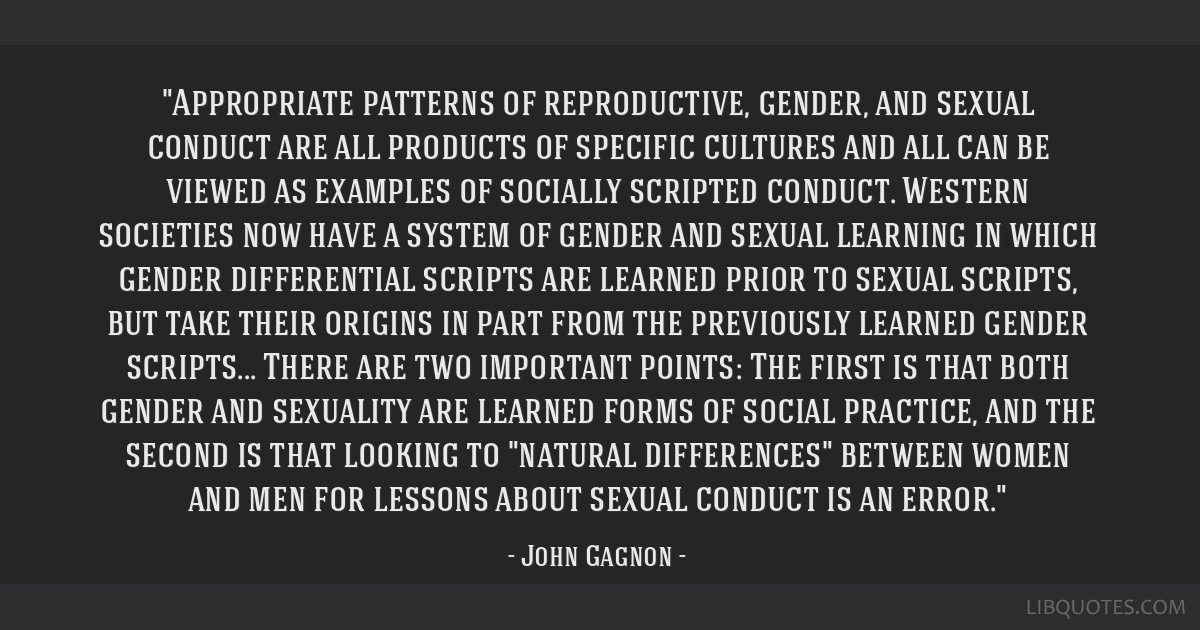 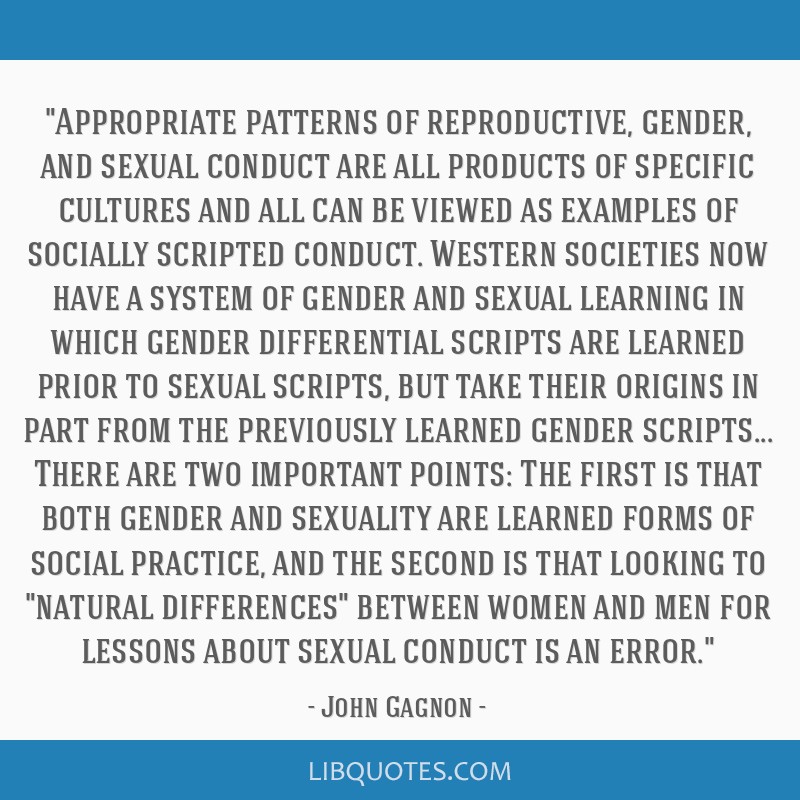 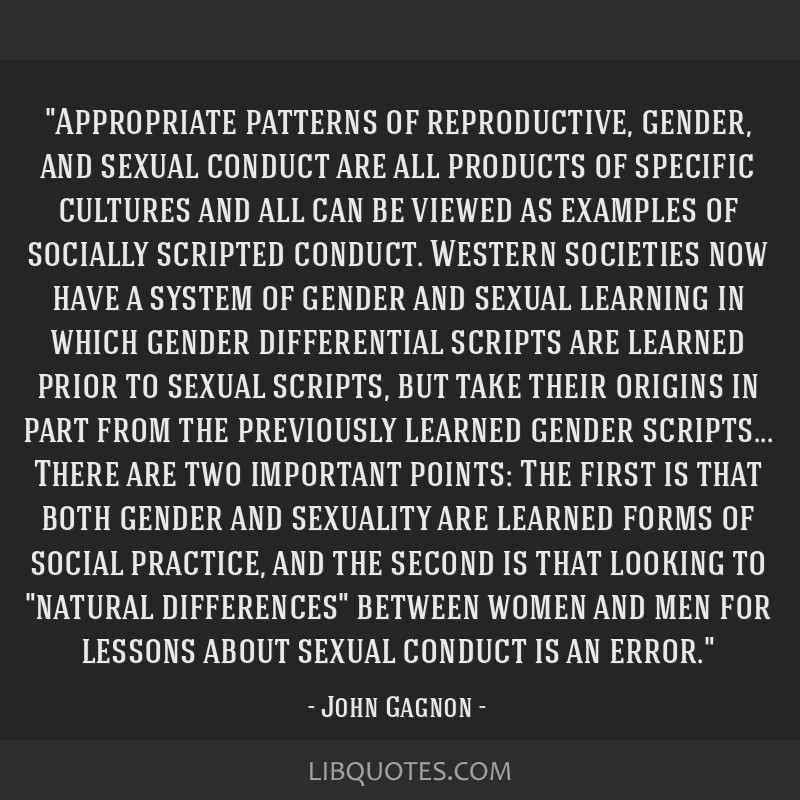