Finally, I believe in an America with a government of men devoted solely to the public interests - men of ability and dedication, free from conflict or corruption or other commitment - a responsible government that is efficient and economical, with a balanced budget over the years of the cycle, reducing its debt in prosperous times - a government willing to entrust the people with the facts that they have - not a businessman's government, with business in the saddle, as the late Secretary McKay described this administration of which he was a member - not a labor government, not a farmer's government, not a government of one section of the country or another, but a government of, for and by the people. 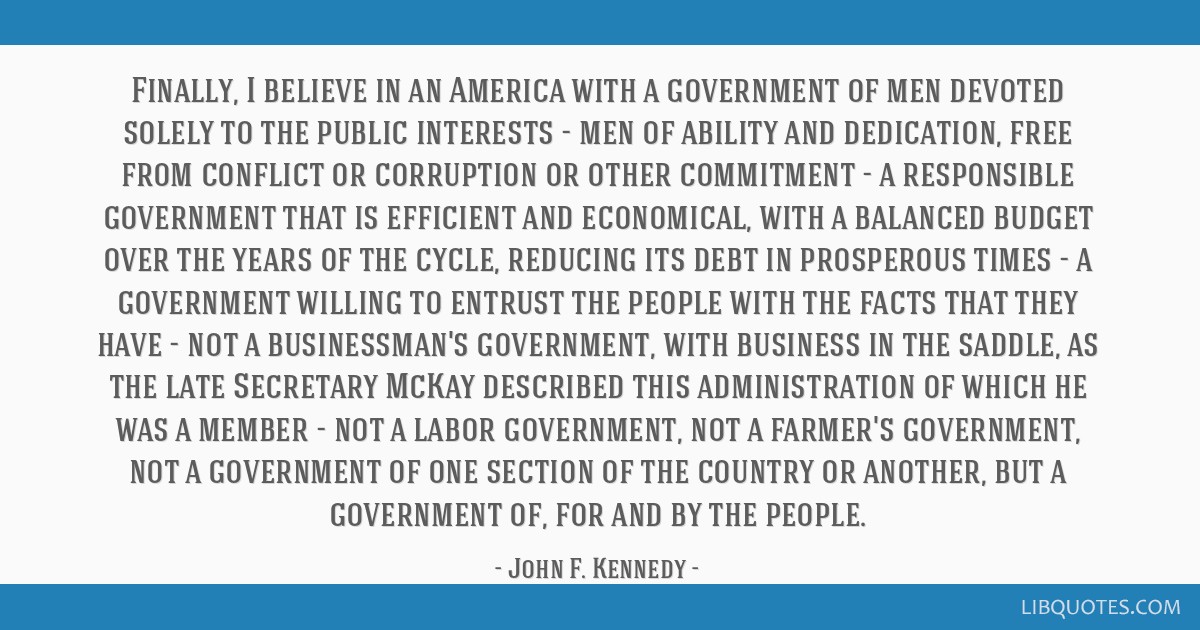 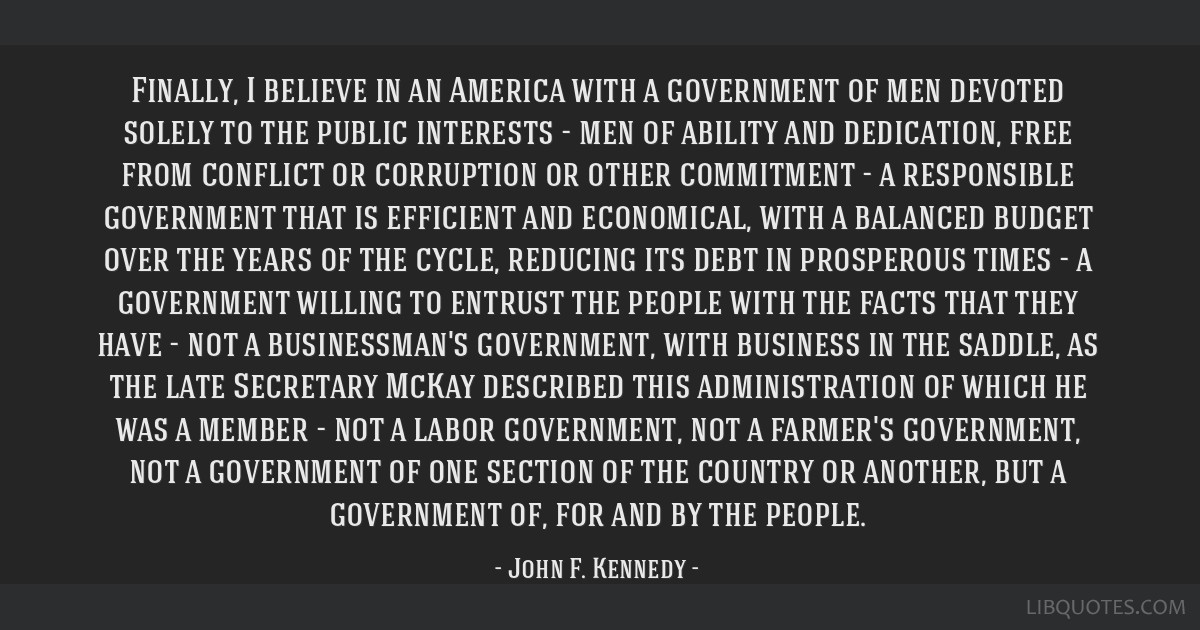 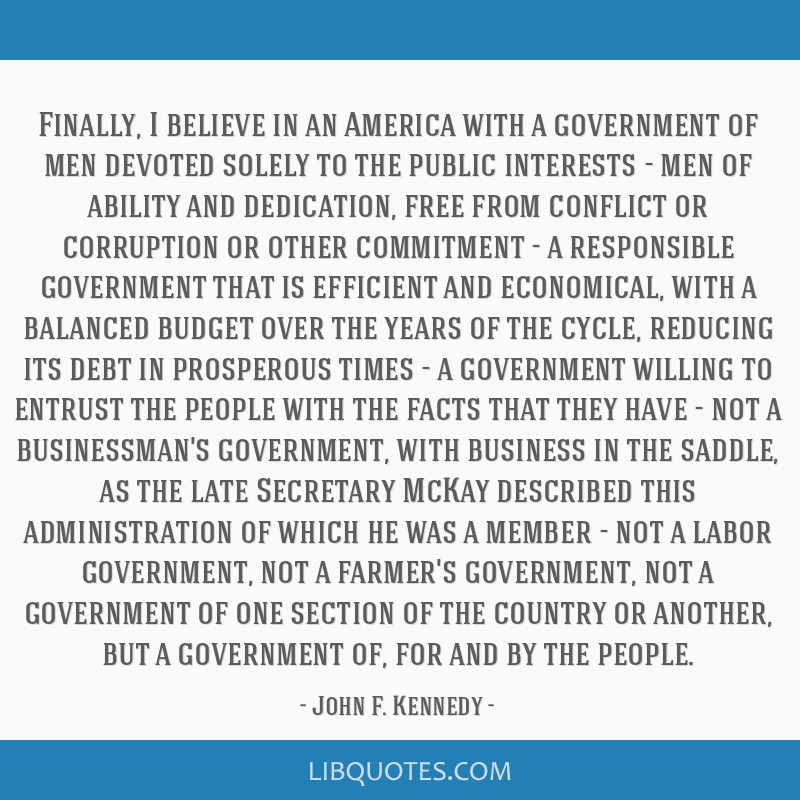 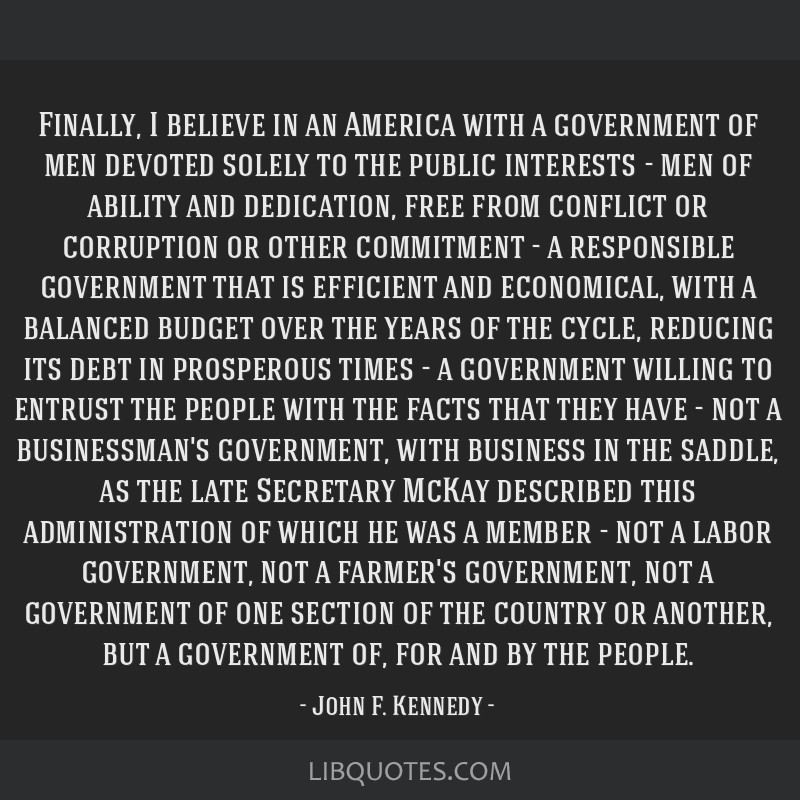