There are indications because of new inventions, that 10, 15, or 20 nations will have a nuclear capacity, including Red China, by the end of the Presidential office in 1964. This is extremely serious... I think the fate not only of our own civilization, but I think the fate of world and the future of the human race, is involved in preventing a nuclear war. 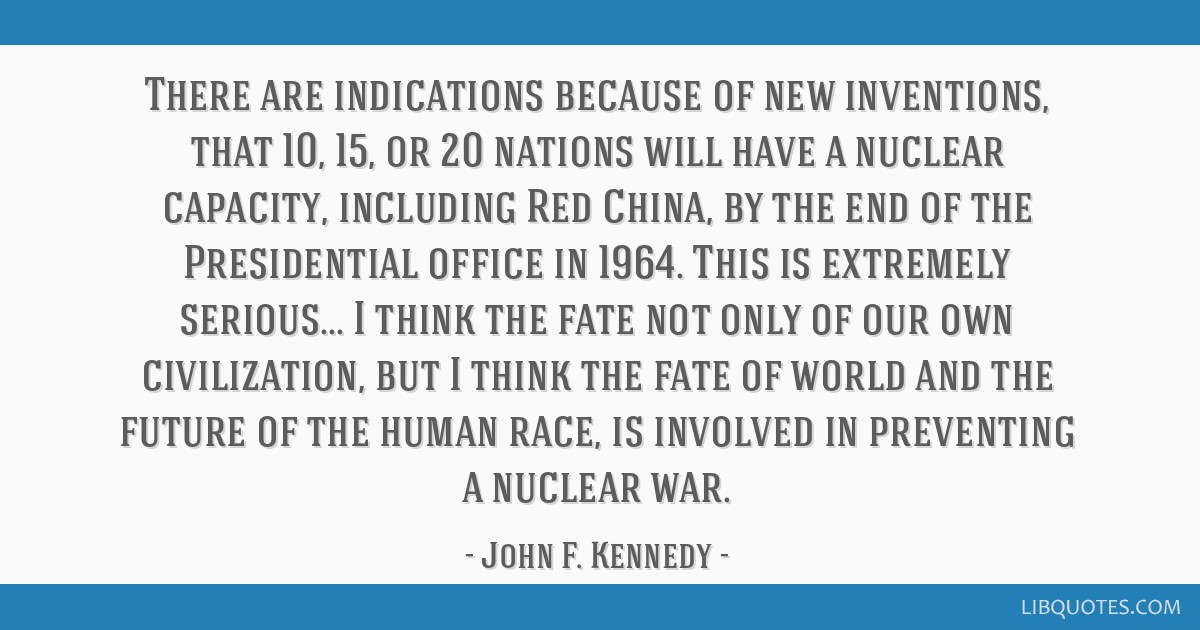 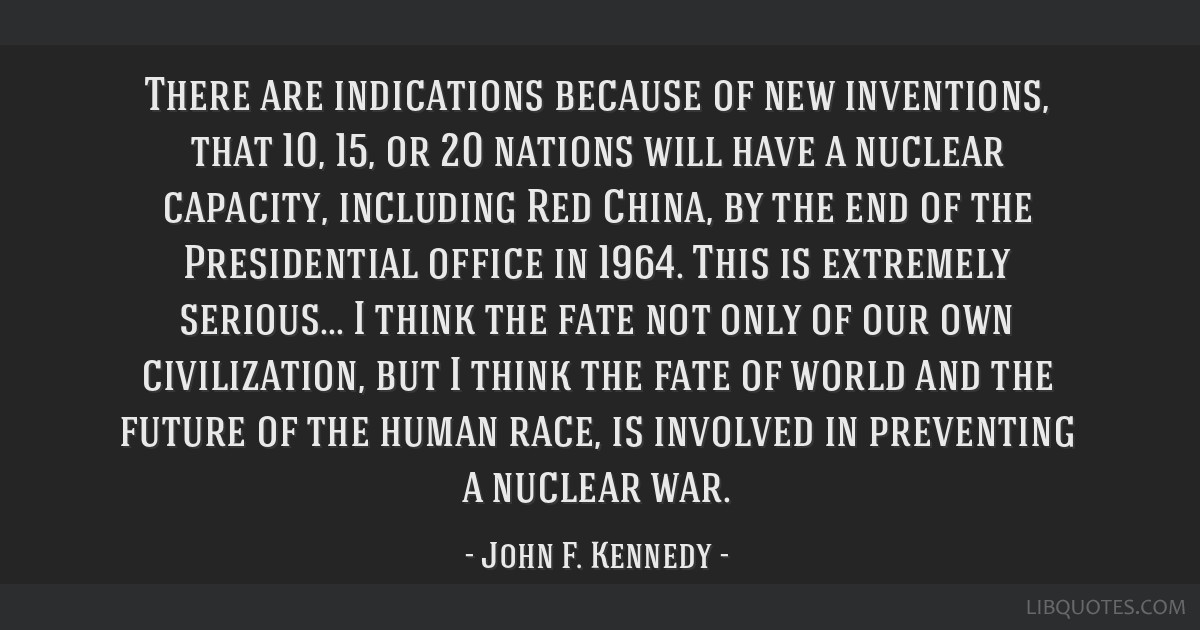 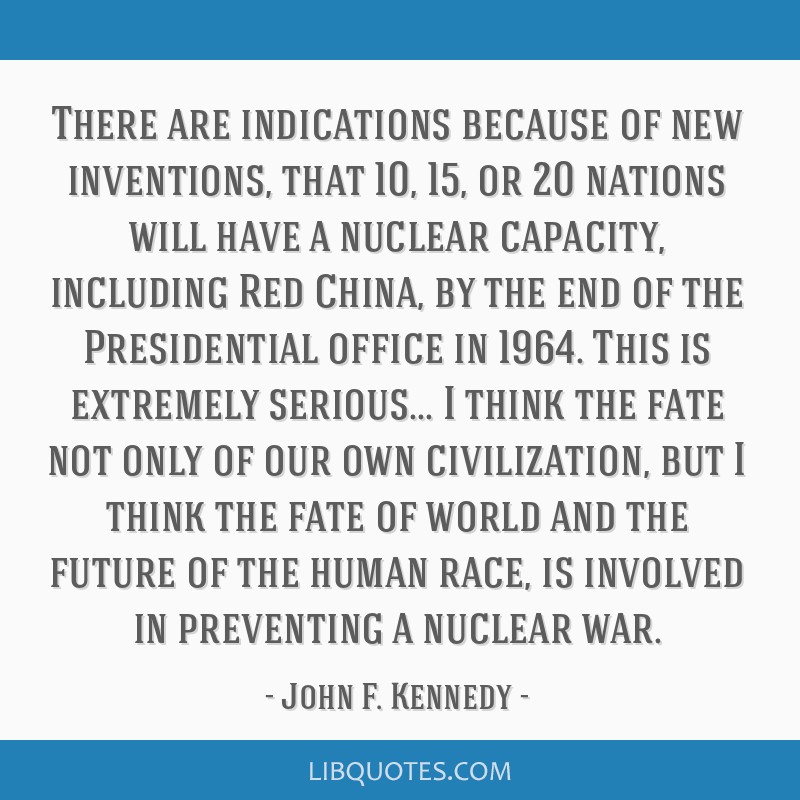 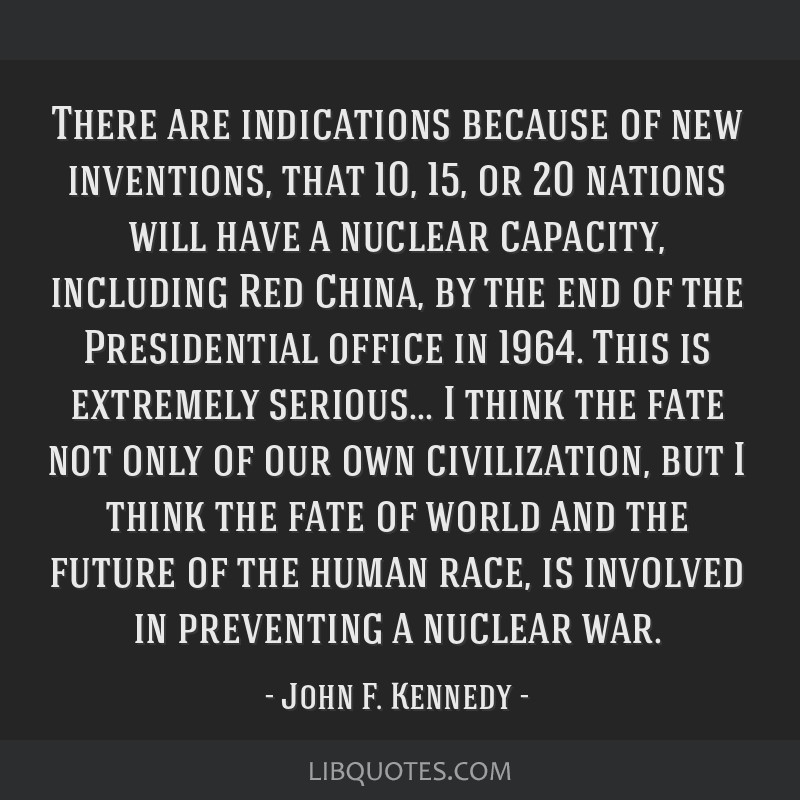